(Businessman, Chairman and CEO of the 'Kraft Group')

Robert Kraft is an American business magnate. He is the chairman and chief executive officer of ‘The Kraft Group.’ A huge football fan, he has several sports holdings, including for teams like National Football League's ‘New England Patriots’ and Major League Soccer's ‘New England Revolution.’ He made headlines in 1994 when he bought the ‘Patriots,’ who had won just 19 games the previous five seasons, making people wonder if he had somehow made a big mistake. But the ‘New England Patriots’ went on to become one of the most successful teams in NFL history, proving Robert Kraft’s critics wrong. Born into an orthodox Jewish family in Massachusetts, he was groomed to be a rabbi. However, fate had other plans for him. He went on to receive an MBA from ‘Harvard Business School’ and became the chairman of the ‘Newton Democratic City Committee’ at the age of 27. Intelligent and ambitious, Kraft began working with his father-in-law in the ‘Rand-Whitney Group’ before founding ‘International Forest Products.’ Thanks to his love for sports, he also purchased teams like ‘Boston Lobsters,’ ‘New England Patriots,’ and ‘New England Revolution.’ He eventually founded the ‘Kraft Group’ as a holding company to control his myriad business holdings. In addition, he is also a well-known philanthropist. He has donated over $100 million to a variety of philanthropic causes. Robert Kenneth Kraft was born on June 5, 1941, in Brookline, Massachusetts, USA, into an Orthodox Jewish family. His father Harry Kraft was a dress manufacturer. His parents wanted Robert to become a rabbi.

He received his primary education from ‘Edward Devotion School’ and moved on to ‘Brookline High School’ from where he graduated in 1959. He was a good student and senior class president in high school. He loved sports but was unable to participate in any of them as it interfered with his after-school Hebrew studies and observance of the Sabbath.

He received a scholarship to attend the ‘Columbia University.’ At ‘Columbia,’ he joined ‘Zeta Beta Tau Fraternity’ and played running back and safety for the school's freshman and lightweight football teams.

He fell in love with Myra Hiatt while still at the university and got married to her in June 1963. He graduated from ‘Columbia’ later the same year and went on to pursue an MBA from ‘Harvard Business School,’ earning the degree in 1965. 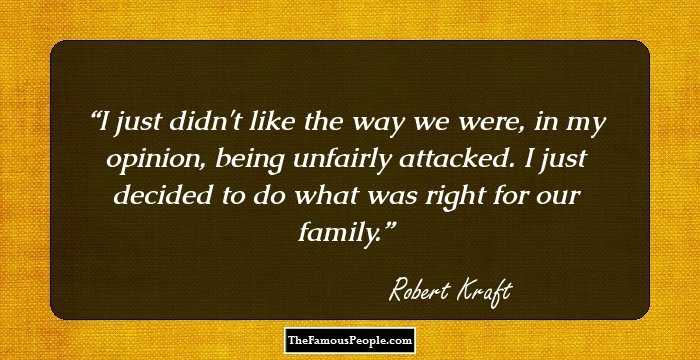 Robert Kraft began working with the ‘Rand-Whitney Group,’ a Worcester-based packaging company run by his father-in-law. Hard working and intelligent, Kraft found much success as a professional. He was soon able to gain control over the company through a leveraged buyout in 1968.

He also had interest in politics and was elected chairman of the ‘Newton Democratic City Committee.’ He thought about running against Massachusetts's 3rd congressional district Representative Philip J. Philbin in 1970, but decided against it.

An enterprising individual, it did not take long for Robert Kraft to come up with his own business ‘International Forest Products,’ a company trading in physical paper commodities, in 1972. This venture proved to be a great success.

By the 1980s, he started investing the proceeds from his business in various ventures. He invested in ‘New England Television Corp,’ which gained control over WNAC-TV, and became director of the board in 1983. The station was then renamed ‘WNEV-TV’ and he was named president of the corporation in 1986.

An avid football fan, he purchased the professional American football team ‘New England Patriots’ in 1994 for $175 million. At the time of the purchase, the ‘Patriots’ had won just 19 games from their previous five seasons, and people, including his wife, questioned his decision to buy ‘Patriots.’

In 1998, he founded the ‘Kraft Group LLC’ as the holding company to own and operate his several business ventures in professional sports, manufacturing, and real estate development industries. It is based in Massachusetts.

Ever since he took over the ownership of the ‘Patriots,’ the team started performing well. The team’s coach Bill Belichick was hired in 2000, and under his guidance the team won three ‘Super Bowls’ in four years and finished the 2007 regular season with a perfect 16–0 record. In 2015, they won ‘Super Bowl XLIX,’ defeating the ‘Seattle Seahawks’ by a score of 28-24.

In 2017, Kraft was made the Honorary Chairman of the Board of Directors for the successful joint Canadian-Mexican-American bid for the 2026 ‘FIFA World Cup.’ The same year, ‘Blizzard Entertainment’ stated that Kraft bought ownership of ‘Boston Uprising,’ one of the first seven teams for the professional e-sports ‘Overwatch League.’ 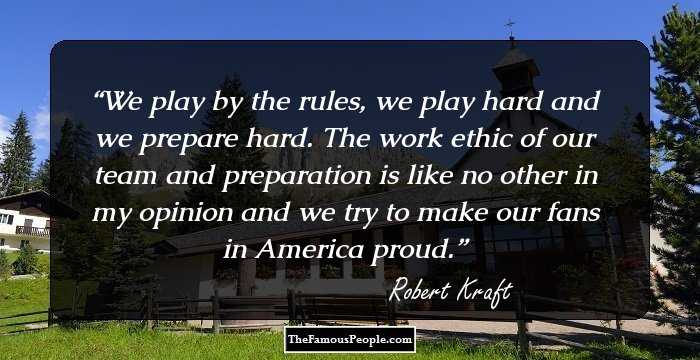 He was awarded the ‘Columbia University Alexander Hamilton Medal’ in 2004.

In 2006, he became the recipient of ‘Theodore Roosevelt Award.’

In 2011, Kraft was inducted into the ‘American Academy of Arts and Sciences.’

He was presented with the ‘Carnegie Hall Medal of Excellence Award’ in 2013.

He received the honorary doctorate in humane letters from ‘Yeshiva University’ in 2015.

Kraft received Israel's prestigious ‘Genesis Prize’ in 2019; it is a $1 million award given to individuals committed to Jewish values. 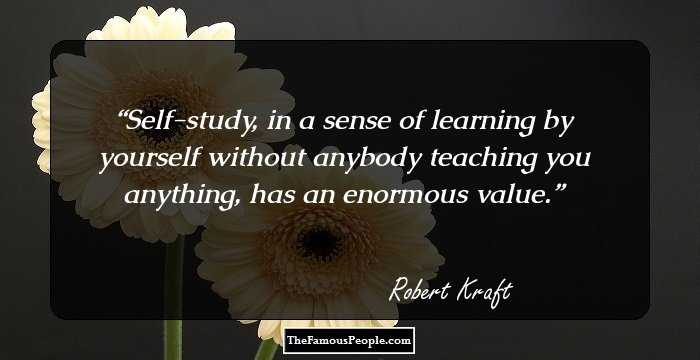 Robert Kraft is a well-known philanthropist. Along with his other family members, he has donated over $100 million to a variety of philanthropic causes in areas related to education, child and women issues, healthcare, youth sports, and American and Israeli causes.

The Krafts have supported several institutions, including the ‘Columbia University,’ ‘Harvard Business School,’ ‘Brandeis University,’ ‘College of the Holy Cross,’ and ‘Boston College.’

Robert Kraft met Myra Nathalie Hiatt while he was still in college and fell in love with her. She was the daughter of businessman and philanthropist Jacob Hiatt. The couple got married in June 1963. They had a happy marriage that produced four sons. Unfortunately, Myra died of cancer in 2011, leaving Robert devastated.

In 2017, Lander gave birth to a child, but Kraft denied paternity of the child. The couple broke up in 2018.

Quotes By Robert Kraft | Quote Of The Day | Top 100 Quotes

See the events in life of Robert Kraft in Chronological Order