Richard Stallman is an American programmer and a stalwart of the free software movement. Known to fellow hackers at MIT’s AI Lab as ‘rms’ or ‘RMS’, he worked on various projects like Emacs, TECO, and the LISP machine operating system (the CONS and the CADR). As a staunch advocate of the free software movement, he believes that any software copy should give the user the freedom to use, study, modify and distribute that copy. He quit his job at MIT to launch the GNU project, with the objective of creating a free operating system composed entirely of free software. He also founded the FSF (Free Software Foundation) which currently serves as an online library for tons of free software, created and contributed, by programmers from around the world. He pioneered the ‘copyleft’ concept and authored ‘free software licenses’. In fact, GPL or GNU General Public License which is based on the same principles is the most widely used free software license across the world. He has spent a great many years campaigning against digital practices like digital rights management, software patents and license agreements, proprietary formats, activation keys and copy restrictions. Joaquin Phoenix
16th March In History
DID WE MISS SOMEONE?
CLICK HERE AND TELL US
WE'LL MAKE SURE
THEY'RE HERE A.S.A.P
Quick Facts

Richard Matthew Stallman was born on 16 March 1953 in New York City, U.S.A. into a family of Jewish heritage.

He was interested in computer from an early age. When he was a a pre-teen at a summer camp, he read manuals for the IBM 7094 mainframe computer. It got him hooked to computer programming, and he began writing programs for IBM when he was in his high school senior year.

He enrolled into Harvard University to earn a BA degree in Physics and graduated in 1974. In that period, he also began working as a programmer in the AI Laboratory of MIT.

Post his Harvard graduation, Richard Stallman initially pursued a doctorate in physics from MIT, but dropped out from the program a year later to follow his programming passion at MIT’s AI lab.

In 1977, he and Gerry Sussman together published a paper called, dependency directed backtracking, on an AI truth maintenance system.

Under Marvin Minsky’s supervision, he and other budding hackers developed the List Processing (LISP) Machine – AI Lab’s own computer, as well as its own operating system that specialized in running AI applications.

When the computer science department at MIT set up a password control system in 1977, he was quick to decrypt all the passwords. He then messaged those passwords to the respective users, urging them to reset new passwords as empty strings, so that anonymous access to systems may once again be maintained.

When Symbolics, a company which commercialized the LISP machine operating system began placing restrictions on improvements made by them in 1982, he promptly made a shareable version of all those improvements.

In 1984, he quit his job at MIT’s AI Lab to fully focus on the GNU project. However, he continued to remain affiliated with the institute as a visiting scientist.

In 1985, he launched the ‘GNU Manifesto’, which described the rationale behind the free, UNIX based operating system which was to be GNU. It also encouraged public participation in the project. That same year, he founded the Free Software Foundation (FSF). Primarily aimed at funding the GNU Project, FSF also helped create the legal infrastructure necessary to take the free software movement forward.

He called for a boycott of Apple products following the company’s ‘Macintosh look and feel’ lawsuits on Microsoft and Hewlett Packard in 1988. The boycott lasted seven years.

By 1989, much of GNU system was complete, barring the kernel. So, when Linus Torvalds produced the free monolithic Linux kernel using GNU’s system tools two years later, the logical outcome was GNU/Linux.

In 1999, he called for development of a free online encyclopedia inviting the public to contribute articles to the project. Thus formed the GNUPedia, which was eventually discontinued in favor of a similarly-minded yet successful alternative - Wikipedia.

He was on the advisory council of TeleSUR, a South American TV station, at the time of its launch in 2005. He resigned from that position after six years criticizing the station’s pro-Gaddafi stance during the Arab Spring.

In 2006, he successfully persuaded the state government of Kerala, India to discard proprietary software in favor of free software and OS. As a result, 12,500 of the state’s high-schools switched to Linux from Windows.

He resigned from MIT and FSF in September, 2019 when his listserv posts supporting Marvin Minsky (in relation to the Jeffrey Epstein sex trafficking case) drew immense criticism from all quarters, academic and otherwise.

Richard Stallman began the GNU project in 1983 with the end goal of creating a UNIX-like compatible, operating system, which fostered a co-operative spirit within the programming community, instead of restrictions pushed by proprietary operating systems. The last piece to the puzzle was the Linux kernel developed by Linus Torvalds, which together became the GNU/Linux; a complete operating system.

He also founded the Free Software Foundation in October 1985, at first to raise funds for the GNU project. In time though, it became the leading voice for the free software movement, where free refers to freedom and not price.

He is the recipient of over a dozen Doctorate honoris causa (honorary degree) from various higher academic institutions around the world, including honorary professorships from some of the institutes.

He was inducted into the Internet Hall of Fame in 2013.

Richard Stallman was the proponent for the ‘copyleft’ concept, which provides the legal mechanism to protect the rights of free software to be redistributed and modified.

In 1999, he floated the idea of a free online encyclopedia, and encouraged the public to contribute articles for the same purpose, which is what we see in the form of Wikipedia today.

He is unmarried and openly ‘childfree’.

Leaked emails of Richard Stallman quibbling over the definition of rape with regards to a case involving Marvin Minsky, Jeffrey Epstein and Virginia Roberts led to his resignation from MIT as well as the Free Software Foundation in 2019.

See the events in life of Richard Stallman in Chronological Order 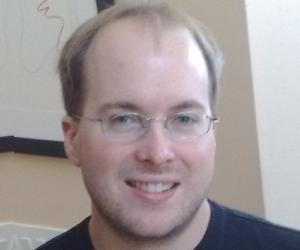