Advanced Search
Rasheeda is a popular American rapper, TV personality, fashion designer and businesswoman. With an inherent interest in hip hop and rap from an early age, Rasheeda started her journey to fame by joining the teen hip hop trio ‘Da Kaperz’ in the late 1990s. She left the group in the year 2000 and sailed solo soon after. Since then, she’s been on a roll non-stop! In the niche hip hop arena, she has carved herself a place with her amazing talent and extraordinary skills. She has a massive fan following both online and offline. As of April 2017, she had an enormous number of Instagram followers, over 5 million! This spectacular number gives her the momentum to conquer various other fields as well, besides rapping. She is the proud owner of her own make-up line and boutique that are doing incredibly well. Lizzo
DID WE MISS SOMEONE?
CLICK HERE AND TELL US
WE'LL MAKE SURE
THEY'RE HERE A.S.A.P
Quick Facts 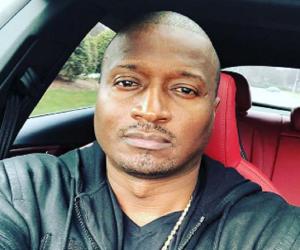 American People
Women Singers
Gemini Rappers
Gemini Singers
Female Rappers
Career
Rasheeda started her career when she was a teenager, alongside two friends. They formed the hip hop band ‘Da Kaperz’ and signed a contract with D-Lo Entertainment. In the year 2000, she decided to go solo and pursue her various interests. In 2001, she released her album ‘Dirty South’, which featured Pastor Troy, Thugz Nation, Nelly and Re-Re. The song ‘Do It’ from this album placed Rasheeda firmly in the Southern hip-hop scene. She released her second album ‘A Ghetto Dream’ in 2002, which went on to bring her more fame. The year 2004 was a special one as she featured in Petey Pablo’s single ‘Vibrate’ and Nivea’s ‘You Like It Like That’. In 2006, she released her third album ‘GA Peach’, which gained a lot of attention for her southern hip-hop roots, intimate lyrics and slow rhythm. She released the albums titled ‘Dat Type of Gurl’ and ‘Certified Hot Chick’ in 2007 and 2009 respectively. In 2012, she released her sixth album titled ‘Boss Chick Music’ through Google Play.
She has also actively worked on creating music for the television show ‘Love & Hip Hop: Atlanta’. Her role in the show is considered one of her biggest achievements. She has also featured in an episode of Fox’s ‘Rosewood’, in a guest role. Rasheeda has been a part of the R&B/hip hop duo ‘Peach Candy’, alongside Kandi Burruss. Also an entrepreneur, she has created her line of make-up ‘Poiz Cosmetics’ and an apparel site known as ‘Imbossy.com’. From being a rapper to a reality star, and also an entrepreneur, Rasheeda has conquered it all.
Recommended Lists:

American Rappers
American Singers
American Women Singers
American Female Rappers
Continue Reading Below
What Makes Rasheeda Special
In a world where rapping is a male dominated field, Rasheeda has carved herself an incredible space as a female rapper. She stays true to her ‘Southern’ hip-hop melodies, while adding a deeper meaning and intimacy to her lyrics. She truly stands out as unique in a world where female rappers are almost invisible.
Recommended Lists:

Gemini Women
Personal Life
Rasheeda was born on 25 May 1982 in Atlanta, GA. She married Kirk Frost of D-Lo entertainment in 1999, and they have two sons, Ky and Karter. She maintains close relations with her relatives and her uncle helps take care of the children when Rasheeda is busy with her work.