A Golden Globe recipient and Academy Award-nominated actor, Randy Quaid is one of Hollywood’s most critically acclaimed stars, who has made a huge impact in the field of television and cinema. He shot to fame with ‘The Last Detail’, for which he earned a series of nominations at the Golden Globe Awards, Academy Awards and the BAFTA Awards. Some of his best performances are in films, ‘Brokeback Mountain’, ‘Independence Day’, ‘The Last Detail’, and the ‘National Lampoon's Vacation’. One of his most brilliant television performances was his portrayal of the U.S. President Lyndon Johnson in ‘LBJ: The Early Years’, for which he won a Golden Globe Award and earned an Emmy nomination. This versatile character actor, who has appeared in over 90 films in his career, was one of the youngest stars to be nominated for an Oscar at the age of 21 for the movie, ‘The Last Detail’. He was discovered by director, Peter Bogdanovich while studying drama, after which his career in films and television kicked-off. Off late, his career has been on a stand-still due to numerous controversies and legal battles. 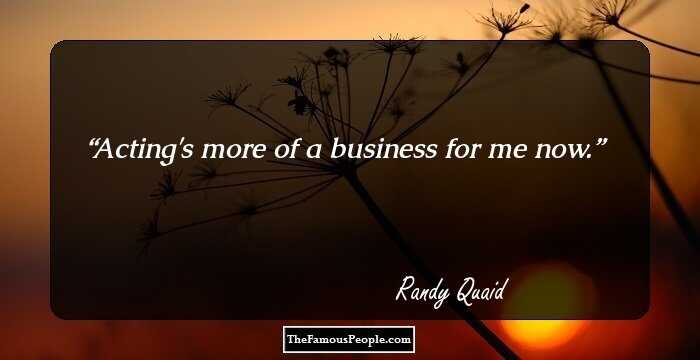 Continue Reading Below
Career
He got his first break while studying at the University of Houston, when he was spotted by director Peter Bogdanovich, who cast him in his film, ‘The Last Picture Show’.
In 1973, he bagged the role of ‘Larry Meadows’, a young sailor in ‘The Last Detail’. In 1978, he appeared in the American-British film, ‘Midnight Express’, which was directed by Alan Parker. The film was based on Billy Hayes’s book of the same title.
From 1985 to 1986, he was a regular on ‘Saturday Night Live’ and played a number of recurring characters including, ‘the floating head’, and ‘Rudy Randolph.’
He also appeared as the loathsome ‘Cousin Eddie’ in the National Lampoon’s Vacation’ films- ‘Vacation’, ‘Christmas Vacation’, ‘Vegas Vacation’ and the television film, ‘Christmas Vacation 2: Cousin Eddie’s Island Adventure’.
In 1987, he was awarded a Golden Globe Award for his portrayal of President Lyndon B. Johnson on NBC’s television mini-series, ‘LBJ: The Early Years’.
In 1988, he played the lead role in the HBO film, ‘Dead Solid Perfect’. In the same year, he also starred in the comedy film, ‘Moving’.
In 1990, he starred in David Odell’s comedy film, ‘Martians Go Home, however, the film didn’t do well at the box-office.
From 1991 to 1992, he played the role of ‘Dwight Davis’, a widowed school principal in the American comedy sitcom, ‘Davis Rules’.
In 1996, he appeared in the American military science fiction film, ‘Independence Day’ and the comedy film ‘Kingpin’.
Continue Reading Below
In 2001, he played the role of ‘Mr Briggs’ in the American parody film ‘Not Another Teen Movie’, directed by Joel Gallen.
In 2004, he acted in Sam Shepard’s stage play, ‘The God of Hell’, a critically acclaimed play produced by the New School University, New York. The same year, he appeared in the CBS mini-series, ‘Category 6: Day of Destruction’.
In 2005, he earned a Golden Globe and an Emmy Award nomination for his role as ‘Colonel Tom Parker’ in ‘Elvis’, a critically acclaimed biographical mini-series based on the life of music icon, Elvis Presley.
He appeared in the Academy Award-nominated 2005 film, ‘Brokeback Mountain’, as ‘Joe Aguirre’, an insensitive rancher. He is also a member of the musical band ‘Randy Quaid & The Fugitives’. The band released its first single ‘Star Whackers’ in 2011. 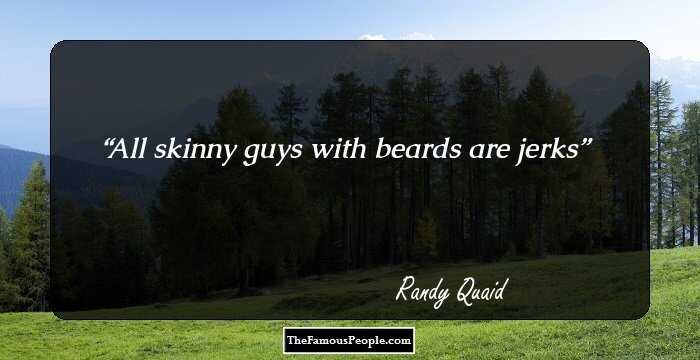 Major Works
In 1973, he appeared in the Academy Award-nominated film, ‘The Last Detail’, which was screened at the 1974 Cannes Film Festival. The movie won numerous awards and received positive reviews from the National Society of Film Critics and the New York Film Critics Circle.
In 2005, he appeared in ‘Brokeback Mountain’, a movie that occupies 11th spot on the list of ‘Highest-grossing romance films of all time’. It also received the prestigious ‘Golden Lion Award’ at the Venice Film Festival. It was the highest grossing film in the U.S. that year, earning $178.06 million at the box-office.
Awards & Achievements
In 1988, he received the Golden Globe Award in the category, ‘Best Actor in a Mini-series or Television film’ for ‘‘LBJ: The Early Years’.
On October 7, 2003 he received a star on the ‘Hollywood Walk of Fame’ at 7000 Hollywood Boulevard.
In 2005, he was the recipient of the Satellite Award, ‘Outstanding Actor in a Supporting Role in a Series, Mini-Series or Motion Picture Made for Television’ for ‘Elvis’. 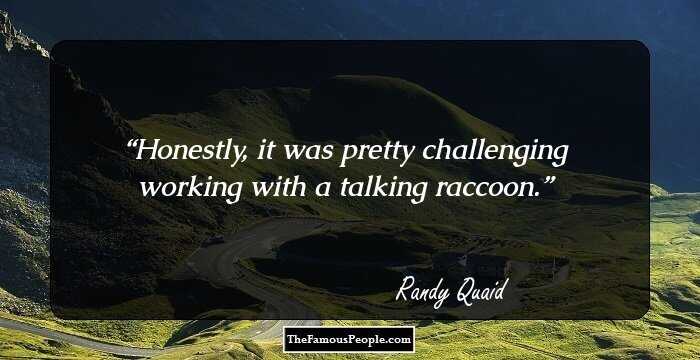 Personal Life & Legacy
In 1980, he married Ella Marie Jolly and they had a daughter, Amanda Marie. The couple divorced on August 24, 1989.
On October 5, 1989, he married Evi Motolanez at ‘The San Ysidro Ranch’ resort, California. The couple adopted two children together.
Trivia
In 2009, this Golden Globe recipient was arrested along with his wife after being accused of burglary and failure to pay a hotel bill in California.
This American film and television actor sought asylum in Canada with his wife, after he claimed that his life was at risk due to threats from a celebrity-murdering group called ‘Hollywood star whackers’.

Quotes By Randy Quaid | Quote Of The Day | Top 100 Quotes

See the events in life of Randy Quaid in Chronological Order