Ralph Macchio is an American actor who shot to fame as Daniel LaRussoo in ‘The Karate Kid’ series. Although initially hesitant about the idea of becoming an actor, he became one of the most popular teen stars of the 1980s with the television show ‘Eight Is Enough’. After that, ‘The Karate Kid’ happened. Macchio later portrayed several diversified characters and is known for his versatile acting skills. In addition to being an actor, Ralph is also a producer and director. Macchio has appeared in a number of films like ‘Crossroads’, ‘My Cousin Vinny’, ‘The Outsiders’, apart from sequels to ‘The Karate Kid’. He has also appeared in television series like ‘Eight is Enough’ and has made guest appearances of many television series like ‘How I Met Your Mother’. He has played himself in television shows such as ‘Beer League’ and ‘A Good Night to Die’. He has been one of the most influential and successful teen artists of his time. He also participated in ABC’s dance show, ‘Dancing with the Stars’. Machhio married Phyllis Fierro in 1987 and the couple has two children together, Julia and Daniel. 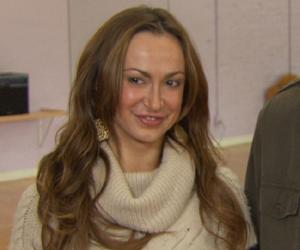 American People
New Yorkers Actors
Scorpio Actors
American Actors
Actors Who Are In Their 60s
Childhood & Early Life
Ralph George Macchio Jr. was born on November 4, 1961 in New York to Ralph Macchio Sr. and Rosalie Macchio, who owned a ranch. His father is half Greek and half Italian while his mother has an Italian descent. His family is from Naples.
He graduated from Half Hollow Hills West High School in 1979.
Continue Reading Below
You May Like

The Best Black Actresses Of All Time
Career
Ralph started his career by appearing in commercials for ‘Dr. Pepper’ and ‘Bubble Yum’.
He debuted on screen in ‘Up in the Academy’, a 1980 film, and his first major role that helped him gain recognition was Jeremy Andretti in television series ‘Eight is Enough’.
In 1983, he appeared as Johnny Cade in ‘The Outsiders’, an adaptation of S. E. Hinton’s novel of the same name.
In 1984, Ralph gained international fame when he was cast as Daniel LaRusso in ‘The Karate Kid’. He reprised his role in the sequels ‘The Karate Kid II’ and ‘The Karate Kid III’.
His career struck a lean phase for the next several years, but he regained attention in 1992, when he starred in the hit comedy ‘My Cousin Vinny’, playing the role of William Gambini, the first significant adult role of his entire career.
In 1993, he played a sexually confused Chris in the indie film ‘Naked in New York’.
In 1996, he played the lead role of J. Pierrepont Finch in the revival of the 1962 musical ‘How to Succeed in Business Without Really Trying’. He received positive response from the audience and the critics for his performance in the same.
For the next few years, Ralph was seen in cameos and guest appearances in television shows and movies.
In 2008, he appeared in several episodes of ABC’s television series ‘Ugly Betty’. He played Archie Rodriguez, a politician.
Continue Reading Below
The year 2010 saw him playing Carl Morelli in a stage reading of ‘A Room of My Own’.
In 2011, he competed in ABC’s dance show ‘Dancing with The Stars’, but was eliminated during the semifinals and ranked fourth in the competition.
In 2012, he was cast in the film ‘Hitchcock’, which was based on the book ‘Alfred Hitchcock and the Making of Psycho’. The film also starred Anthony Hopkins, Jessica Biel and others.
Ralph also appeared in an episode of the hit comedy television series ‘How I Met Your Mother’.
He co-stars in the off-Broadway production of ‘A Room of My Own’ from 2016.
Major Works
During the 1980s, Ralph started featuring on the covers of teen magazines including ‘16’ and ‘Tiger Beat’.
He was listed as one of the twelve Promising New Actors of 1984 in John Willis’ Screen World, Volume 36.
In 2008, he appeared with NASCAR driver Carl Edwards in a Vitamin Water commercial.
Awards & Achievements
In 1992, Ralph received a nomination for the Young Artist Award in the category of Best Young Actor in a Television Special for ‘Eight Is Enough’.
At the Stony Brook Film Festival in 2002, he won the Audience Choice Award for ‘Love Thy Brother’. He was honored with the Festival Prize at the 2002 Long Island International Film Expo for the same movie.
In November 2008, he was at the 80th position among VH1’s 100 Greatest Teen Stars.
Personal Life
Ralph first met his wife Phyllis Fierro through his grandmother. He was fifteen then. They later got married in 1987. Phyllis gave birth to their first child, a daughter, Julia in 1992.
In 1996, the couple had a baby boy named Daniel.
Trivia
He is a huge fan of American singer-songwriter Bruce Springsteen.
Bloodhound Gang's DJ Q-Ball released a song on Ralph Macchio's MySpace called "The Ralph Macchio Memoirs".
Nerdcore artist MC Frontalot references Ralph in his song, "Braggadocio".

See the events in life of Ralph Macchio in Chronological Order