Robert Sylvester Kelly, better known as R. Kelly to his fans, is an American singer. He is one of the best-selling music artists in the United States and the most successful R&B male artist of the 1990s. A multi-faceted personality, Kelly is a singer-songwriter, record producer, actor, and former semi-professional basketball player. He has written, produced, and remixed many songs, several of which became chartbusters, earning him the nickname ‘King of R&B.’ Blessed with a distinctive voice, Kelly has his own innovative style of singing and rapping which distinguishes him from other contemporary musicians. He is one of the best-selling musical artists of all time and has been credited with redefining musical genres, such as R&B and hip hop. He was inclined towards music from a young age and was encouraged by his high school music teacher to pursue his musical interest. As a teenager, he started performing in the streets and formed his own musical group with some of his friends. He got a breakthrough when his group won a television talent show, which in turn, provided him with enough money to launch a musical career. He soon broke off from the group and embarked on a highly successful solo career. As of 2019, Kelly has sold more than 75 million records worldwide. In spite of his success, he remains a controversial figure because of his involvement in sex crimes. In February 2019, he was indicted on ten counts of criminal sexual abuse. In July 2019, he was arrested on federal charges for sex crimes and obstruction of justice. Kelly faced eighteen federal counts, including kidnapping, child pornography, and forced labor. In 2021, the United States Attorney for the Eastern Distrcit of New York found Kelly guilty on a total of nine criminal counts, including racketeering and Mann Act. Kelly was sentenced to 30 years in prison on June 29, 2022. As of June 2022, another federal trial in the Northern District of Illinois awaits Kelly which is scheduled to begin on August 15. American People
Lyricists & Songwriters
Rhythm & Blues Singers
American Men
Illinois Musicians
Childhood & Early Life
R. Kelly was born on January 8, 1967, in Chicago, Illinois, USA. He and his three siblings were raised by their mother Joanne in the Baptist church, where she served as the lead singer of the choir.

The family lived in poverty and struggled to make ends meet. Kelly started singing as part of the church choir when he was 8.

He had a very difficult childhood as he was often sexually abused by a woman. In his 2012 autobiography ‘Soulacoaster,’ he had penned down his experience and the reason why he never told about his ordeal to anyone. When he was eleven, he was shot in the shoulder while riding his bike home.

He had an untreated learning disability, which made it difficult for him to read and write. Eventually, he had to drop out of high school.
He studied at the ‘Kenwood Academy’ in Chicago's Hyde Park neighborhood. He was an athletic young boy and played basketball for his high school team. However, his music teacher Lena McLin, who had recognized his musical talent, advised him to leave the sport and focus on music.
He was very close to his mother, who took him to church and clubs where she performed. She died of cancer in 1993. 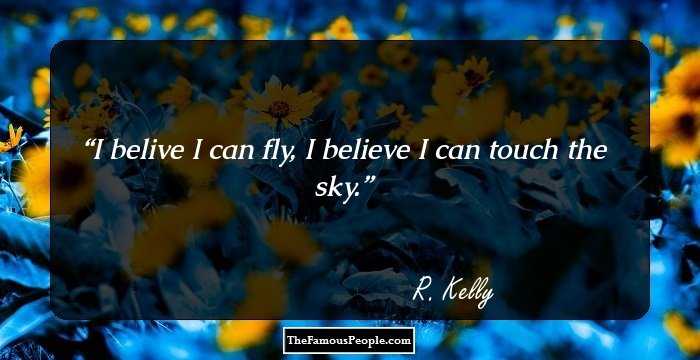 Kelly gained recognition in 1989, when he, along with Marc McWilliams, Shawn Brooks, and Vincent Walker, participated in the TV show ‘Big Break,’ where he went on to win the $100,000 grand prize.

As a youngster, he formed the group ‘MGM’ (Musically Gifted Men) along with his friends Marc McWilliams, Vincent Walker, and Shawn Brooks. In 1990, ‘MGM’ recorded and released their first single, ‘Why You Wanna Play Me’ and disbanded shortly after.
In 1992, Kelly released his debut album ‘Born into the 90’s’ along with a musical group named ‘Public Announcement.’ The album produced several hit songs and was eventually certified platinum
Kelly's first solo album, ‘12 Play,’ was released in November 1993. His song ‘Bump N' Grind’ peaked at number one for 12 weeks on the ‘Billboard Hot R&B Singles’ chart.
His self-titled album ‘R. Kelly’ was out in 1995. Featuring introspective lyrics and foot-tapping music, this album became a huge hit and spawned three number one singles – ‘You Remind Me of Something,’ ‘Down Low (Nobody Has to Know),’ and ‘I Can't Sleep (Baby If I).
Kelly signed a contract to play professional basketball with the ‘Atlantic City Seagulls’ of the ‘United States Basketball League’ (USBL) in 1997.
In 1998, he released ‘R,’ which would become one of his most commercially successful albums. It also received highly positive critical reviews and earned many awards and nominations
Kelly wrote and produced the majority of the soundtrack of the 1999 comedy-drama film ‘Life,’ starring Eddie Murphy and Martin Lawrence
The album ‘The Best of Both Worlds’ sold 285,000 copies in its opening week and debuted at number two on the ‘Billboard 200.
Continue Reading Below
His album, ‘Chocolate Factory’ (2003) debuted at number one on the ‘U.S. Billboard 200’ chart. It became a huge international success and over three million copies of the album were sold worldwide. It also received rave reviews from publications, such as ‘The New York Times’ and ‘USA Today.
In 2005, he released the album ‘TP.3 Reloaded’ which became his fourth number-one hit on the ‘Billboard 200’ album chart. It featured songs like ‘In the Kitchen,’ ‘Reggae Bump Bump,’ ‘Happy Summertime,’ and ‘Slow Wind.’
His 2007 album ‘Double Up’ featured the single ‘I’m a Flirt Remix’ which peaked at No. 1 on the ‘Hot Rap Tracks’ chart. The album featured prominent artists like Swizz Beatz, Snoop Dogg, Nelly, Chamillionaire, T.I., T-Pain, Usher, Huey, Ludacris, and Kid Rock.
Kelly released his first-ever mixtape ‘The Demo Tape (Gangsta Grillz)’ in June 2009.
In 2010, his album ‘Love Letter’ was out. Known for his sexually explicit themes, Kelly surprised his audience with this album as he had written lyrics on love and forgiveness. This album too became a big hit like his previous albums.
Kelly performed the song ‘Sign of a Victory’ at the 2010 ‘FIFA World Cup’ opening ceremony in June 2010.
In March 2011, he was named the number one R&B artist of the last 25 years by ‘Billboard.’ In that same year, Kelly was rushed to the ‘Northwestern Memorial Hospital’ in Chicago to undergo throat surgery.
Kelly made a live appearance on ‘The X Factor’ and gave his first performance since undergoing throat surgery in the summer. He sang his classic hit ‘I Believe I Can Fly’ with finalist Melanie Amaro.
He returned to sexually charged themes with his 2013 album, ‘Black Panties.’ The album debuted at No. four on the ‘Billboard 200’ chart and received mixed reviews from the critics.
Continue Reading Below
In October 2016, Kelly presented his first Christmas album and fourteenth studio album ‘12 Nights of Christmas,’ which was initially scheduled to be released in late 2014. 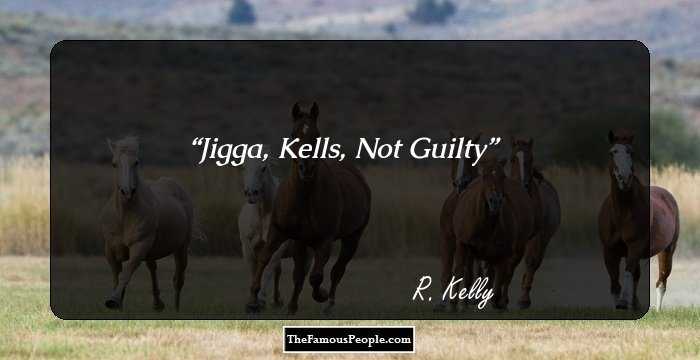 Major Works
His third studio album ‘R’ went on to become one of his biggest selling albums, selling eight million copies in the US. It peaked at No. 1 on the R&B albums chart and spawned the No. 1 U.S. pop hit ‘I’m Your Angel’ and the No. 1 R&B hit ‘I Believe I Can Fly.’
Awards & Achievements
In 1995, his song ‘You Are Not Alone’ was named the ‘First Song to Debut the US Single Chart at Number One’ in the ‘Guinness Book of World Records.’
R. Kelly is the winner of three ‘Grammy Awards’ – ‘Best Male R&B Vocal Performance,’ ‘Best R&B Song,’ ‘Best Song Written for a Motion Picture, Television or Other Visual Media.’
He won the ‘American Music Award’ twice – ‘Favorite Soul/R&B Male Artist’ in 2000 and 2005.
Controversies

Videos of Kelly engaging in sexual acts with a minor girl surfaced in 2002, and he was subsequently indicted in Chicago on 21 counts of child pornography.

In July 2017, Kelly was accused of forcing girls to stay in an ‘abusive cult.’

In May 2018, the ‘Women of Color’ branch of the ‘Time's Up’ movement called for a boycott of Kelly's music and performances over the many allegations against him. The boycott was accompanied by a social media campaign called ‘Mute R. Kelly.’

In February 2019, he was indicted on ten counts of criminal sexual abuse. In July 2019, he was arrested on federal charges for sex crimes and obstruction of justice. Kelly faced eighteen federal counts, including kidnapping, child pornography, and forced labor.

In 2021, the United States Attorney for the Eastern Distrcit of New York found Kelly guilty on a total of nine criminal counts, including racketeering and Mann Act.

Kelly was sentenced to 30 years in prison on June 29, 2022. As of June 2022, another federal trial in the Northern District of Illinois awaits Kelly which is scheduled to begin on August 15.

On August 30, 1994, Kelly illegally married Aaliyah, his underage protégé. On February 7, 1995, their marriage was annulled. He married Andrea, his former backup dancer, in 1996. The couple has three children. They divorced in 2009, after almost thirteen years of marriage.

Kelly's music has been used in many film soundtracks, including ‘American Reunion,’ ‘The Hangover Part III,’ ‘Ice Age: The Meltdown,’ and ‘Fun with Dick and Jane.’ He has also been featured in video games, including ‘Grand Theft Auto IV.’ Many hip hop and R&B artists have sampled his music.

See the events in life of R. Kelly in Chronological Order