Queen Naija is a popular American YouTuber and singer who used to run a YouTube channel Chris and Queen along with her ex-husband, Christopher Sails. The channel consisted of vlogs, pranks, challenges, and other videos, which she made with her ex-husband. Now, the channel has been closed and she runs an eponymous YouTube channel. An ex-contestant of American Idol, Naija’s singing abilities earned her fame and prominence and created a pathway to her future career. Immediately after being ousted from the show, Queen Naija started her channel in YouTube. Through her channel, she showcased her impressive singing abilities and even gave a glimpse of her ability to post vlogs. She soon became an internet sensation. Her relationship with Chris, their marriage and eventually their high profile dramatic breakup earned her a huge fan following, which seems to be increasing by the day. Her release, Medicine, which gives an account of the circumstances that led to her divorce with Chris gave Queen Naija a new career high. The song has become a big hit and has garnered thousands of Genius page views. It earned the 31st position on Genius' Top Songs chart. It also shows how new-age YouTube stars add personal drama in their post and videos to keep their subscribers and followers interested. Queen Naija first gained limelight when she contested in the eighth season of American Idol. Though her singing abilities helped her get through the audition round, she couldn’t go long enough and was eliminated during the Top 15 selection in the Hollywood round. Post her Idol days, Naija started concentrating on her career in YouTube. She started a self-titled channel wherein she posted her story time, music, and makeup-related vlogs. Together with her partner Chris, she started a YouTube channel, Chris and Queen. The duo posted videos of them vlogging, playing pranks, and challenging one another. Chris provided managerial support to her by looking after her account. He also participated in the videos. However, their relationship did not last long and the two parted ways. The channel Chris and Queen has now been closed.

Their divorce became a highly publicized affair. The two hurled cheating allegations at each other through a series of videos. Queen Naija went on to channelize her anger through a song titled Medicine which released on December 31, 2017. The song has become a huge hit and has garnered more than 199 million views on YouTube. The lyrics of the song give a peek into Naija’s emotional state, Chris’ infidelity, and her quest for revenge. Medicine was specially designed to create controversy and gain millions of followers which it successfully did.

Queen Naija was born on October 17, 1995 in Detroit, Michigan, USA. Information about her parents is not available in public domain. She has two younger siblings, Tina and Terrell, who have a joint YouTube cannel by the name Tina & Terrell. Though there isn’t any specific information regarding her academic qualification, it is said that Queen Naija first met Christopher Sails, her future husband, while in high school. Chris and Naija first met at the school’s basketball game in April 2013. Four years after dating each other, the couple tied the knot in 2017. They were blessed with a son, whom they named Chris. Apart from being life partners, they were also YouTube partners. Chris not just managed the channel, but was a constant participator in the videos posted online. His most famous video is titled cheating prank on wife. The amicable relationship between Chris and Naija however did not last long and the two parted ways. Their highly publicized divorce brought the two yet again into limelight as they used their vlog post to address their relationship issues. Following her divorce with Chris, Queen Naija has concentrated on her career as a YouTuber; her self-titled YouTube channel has more than five million subscribers. In 2018, she started dating Clarence White. In January 2019, they together welcomed a son named Legend. 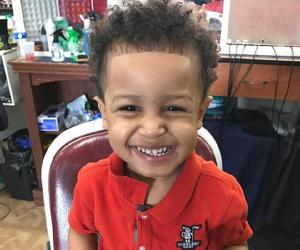