Queen Himiko, also known as Pimiko or Pimiku, was a priestess-queen of the ancient Yamatai-koku region of Japan, possibly during the 3rd century. She is considered the first ruler of Japan or the first authoritative figure to reign over the area that later became the island nation. The historical Chinese accounts state that the Yoyoi people chose her as their ruler and spiritual leader following years of warfare between the tribes and kings of 'Wa', the oldest name of Japan. However, the contradicting Chinese and Japanese accounts of her identity and the location of her kingdom have made them the subjects of debates among scholars. According to ‘Records of the Three Kingdoms,’ her kingdom was situated in the northern parts of Kyushu, but other historical accounts say that it was located in Japan's main island, Honshū. The debate that started in the Edo period has not settled even today, attracting several historians to conduct research on the matter. There is another hypothesis stating that Himiko reigned during the late 2nd and early 3rd century (189 AD – 248 AD). While most influential figures of Japan of that period remain unknown to the public due to the lack of records, a survey conducted by the Ministry of Education and Sciences of Japan showed that 99% of Japanese school-going children recognized Queen Himiko. 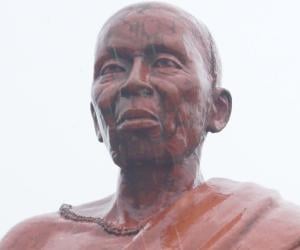 Japanese People
Japanese Empresses & Queens
Women Historical Personalities
Japanese Historical Personalities
Childhood & Early Life
According to historical accounts, Himiko was born circa 170 CE in the ancient Yamatai-koku region of Japan.
There are only scant details available about her parents' origins, but Japanese folklore suggests that she was the legendary daughter of Emperor Suinin, who founded the Ise Grand Shrine.
She was the first known ruler of Japan, and her reign lasted more than 59 years between 189 AD and 248 AD.
Continue Reading Below
You May Like

The Hottest Male Celebrities With The Best Abs
Historical References
Queen Himiko’s first mention appears in the classic Chinese text ‘Records of the Three Kingdoms,’ which was written by Chen Shou between 280 and 297 C.E. In Japan, it was known as ‘Gishi Wajin Den,’ which means ‘Records of Wei: Account of Wajin’.
The Chinese records state that ancient Japan, earlier ruled by a male emperor, faced disruption and chaos for over 70 years. Fed up by that, people of the country chose Himiko as their ruler and queen who eventually brought stability and peace among the warring tribes.
It was chronicled by Chinese emissaries sent to northern Kyushu during 239-248 C.E. that Himiko was a shaman queen, who reigned over more than a hundred different tribes.
She sent envoys to China with tributes, asserting her standing as the ruler and queen of the Island nation. The Chinese maintained contact with over 30 tribes under her regime and called them "Wa," which translates to "The Little People."
‘Records of the Three Kingdoms' suggests that the female ruler of Japan practiced sorcery and performed magic rituals. Her brother reportedly performed the day to day tasks of running the government and handling the confederation of tribes, while she remained in her heavily-guarded fortress.
The ancient text suggests that Himiko remained unmarried despite her advanced age. It further adds that she had a thousand female servants under her command and just one male attendant.
This man acted as her spokesperson, ensuring that she did not have to directly communicate with anyone. He also attended to her needs, such as bringing her food and beverages.
She lived in a fortress, heavily guarded with armed personnel and tall towers. It is said that she rarely ventured out of her residence.
The text mentions that the Emperor of China acknowledged Himiko as the queen and ruler of Wa while listing out the gifts she sent to him. He noted that her envoys arrived with six female and four male slaves, two pieces of designed cloth that were 20 feet in length, and that her offers were accepted and appreciated.
Continue Reading Below
To further his country’s diplomatic relations with Japan, the Chinese Emperor sent her a gold seal, decorated with purple ribbons, through a Chinese governor.
The oldest Korean text "Samguk Sagi" also acknowledges the presence of a female ruler known as Himiko, who sent her diplomats to meet King Adalla in May 172.
Archaeological discoveries in Japan revealed that Himiko perhaps dressed in 'kan-style re-osode'. It is an outfit comprising of a full sleeved robe, a narrow-sleeved garment of ashiginu, a shizuir belt with stripes and a long skirt with diamond patterns on them. She also wore ramie clothes and paired them with a sash that had Uroko-pattern on it, showcasing her social standing.
Her hair was styled in a bun on top of her head and decorated with a gold plated copper crown. It was also discovered that she donned gold-plated beaded necklaces, earrings and shoes.
Early Japanese texts like the "Kojiki" and the "Nihongi" do not have any mention of the presence of a spiritual queen. However, Nihongi refers to Chinese texts wherein she is mentioned. Historians and scholars credit it to the fact that Japanese were following the Chinese traditions according to which, there was no room for a female religious ruler.
Identity of Queen Himiko
The real identity of Queen Himiko is a subject of endless controversies and theories because of the lack of concrete evidence about her reign. The geographical region that she ruled over has also remained a matter of debates.
Some scholars are of the opinion that Himiko was from the Jomon period. The basis of this hypothesis is the fact that her subjects practiced the goddess religion, and their descendants are said to be the Ainu people.
The Jomon period theory has been rejected by many because the last discovered remains of that era are from 300 B.C.E., which is far earlier than Himiko's reign, as per the Chinese texts.
It is believed that the societal structure of Himiko's kingdom was loosely based on the Jomon traditions, which included devotion to female goddesses and villages that were characterized by a socio-political setting, with a priestess on the top of the hierarchy.
Continue Reading Below
Japanese legend has it that she was Yamatohime-no-mikoto, the daughter of Emperor Suinin. He reportedly gave her the holy mirrors that symbolized the sun goddess. Himiko is said to have placed the mirrors at the Ise Grand Shrine, located in modern-day Mie Prefecture, Japan.
Japanese folklore suggests that Himiko was the sun goddess 'Amaterasu,' who is considered to be the founder of Shinto religion. Himiko literally means the sun priestess.
The Japanese text ‘Nihon Shoki’ states that she was Empress Jingū Kogo, the mother of Emperor Ōjin, but historians have dismissed this theory.
Death
The cause of Queen Himiko's death is not known, but it is believed that she died in 248 AD. After her death, she was interred in a grave that was equivalent to "100 paces" in diameter. A mound was erected where she was laid to rest.
It is said that after her death, a thousand of her followers sacrificed themselves and were buried along with the queen.
Following her death, her throne was usurped by another ruler, but her subjects refused to accept him as their king. Chaos and warfare ensued in the kingdom, and many were killed. Eventually, the throne was succeeded by Iyo, a 13 years old girl, who was also Himiko's relative.
Himiko’s death marked the end of the Yayoi Period (c. 300B.C.E-250C.E) and ushered in the Kofun Period (c. 250-538 C.E.).
In 2009, Japanese archaeologists declared that they had discovered Himiko's grave in Hashihaka Kofun, in the Sakurai city of Nara.
Radiocarbon-dating was used to identify the relics found, revealing that it belonged to the 240-260 A.D. period. However, the Japanese Imperial Household Agency has prohibited excavations in Hashihaka, as it has been designated as a royal burial chamber.
You May Like

See the events in life of Queen Himiko in Chronological Order 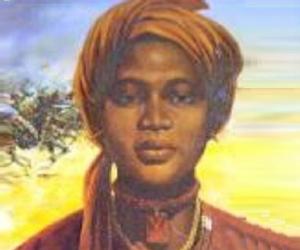