Advanced Search
Pope Paul VI (born as Giovanni Battista Enrico Antonio Maria Montini) was the pope who occupied the papal office after the passing of John XXIII. He was the pope from June 21, 1963, to his death, on August 6, 1978. He was raised in an affluent family and began his education at a Jesuit school. In 1916, at the age of 18 or 19, he joined the seminary to become a Catholic priest. Four years later, he was appointed a priest in Brescia. He received his doctorate in Canon Law later that year. After completing his education, Montini joined the Secretariat of State and later co-founded the publishing house Morcelliana in Brescia. He began his Vatican career in the diplomatic service of the Holy See. His administrative skills garnered him a thriving career in the Roman Curia. Following the death of Benedictine Cardinal Alfredo Ildefonso Schuster in 1954, Montini was appointed as the Archbishop of Milan. He was made Cardinal-Priest of Ss. Silvestro e Martino ai Monti by John XXIII in December 1958. His work during his time in the Catholic Church made him the likely successor of John XXIII. After he was elected, he continued the Second Vatican Council. He actively got involved in interpreting and implementing its directives. Paul VI ushered in unprecedented reforms that had positive effects on people from all walks of life. After his death, he has been recognised as a saint through the standard procedures. Bede
DID WE MISS SOMEONE?
CLICK HERE AND TELL US
WE'LL MAKE SURE
THEY'RE HERE A.S.A.P
Quick Facts

awards: Knight Grand Cross of the Order of Merit of the Italian Republic
Order of St. Gregory the Great
Order of Pius IX 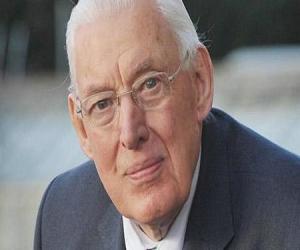