Swami Vivekananda was an Indian Hindu monk and chief disciple of Sri Ramakrishna Paramahansa, a 19th-century Indian mystic. Vivekananda was responsible for revitalizing Hinduism in India and bringing it to the status of a major world religion. He was solely responsible for introducing the Indian philosophies of ‘Vedanta’ and ‘Yoga’ to the West. Born into a noble Bengali family, Vivekananda espoused the path of spirituality early in his life. From a young age, he was fascinated by ascetics and took to practicing meditation. However, life wouldn’t have been the same for this spiritual genius had he not met his mentor and guide, Sri Ramakrishna. Ramakrishna inspired and supported Vivekananda in his spiritual pursuit. Ramakrishna helped him channelize his intellect and will power which in turn helped him quench his spiritual thirst. The two shared an extraordinary bond, which became one of the most unique teacher-disciple relationships in the history. Vivekananda spent most of his life preaching the ‘Vedanta’ philosophy to people across the world. A globe-trotter, he became a ‘sanyasi’ (ascetic) at the young age of 25 and since then devoted his life for the betterment of mankind. He advocated the importance of secular and spiritual education, which he thought was the only way to enrich one’s life. Swami Vivekananda was born Narendranath Datta on 12 January 1863, in Calcutta, Bengal Presidency, British India, to Vishwanath Datta and Bhubaneswari Devi. His father was an attorney, while his mother was a devout housewife.

Fondly known as Narendra, he was deeply inspired by his parents who shaped his personality and thought process. From a young age, Narendra was interested in spirituality and practiced meditation in front of the images of Hindu deities.

He received his preliminary education from ‘Ishwar Chandra Vidyasagar's Metropolitan Institution’ before attaining his graduation degree in Arts from the ‘Presidency College,’ Calcutta.

By the time Narendra completed his graduation in 1884 he had not only studied Western logic and philosophy, but was also well-versed in Hindu scriptures, thanks to his insatiable urge to gather knowledge.

After finishing college, he became a spiritual apprentice. His beliefs were formulated by the concepts of ‘Brahmo Samaj,’ which admonished idolatry and prophesized the presence of formless God. 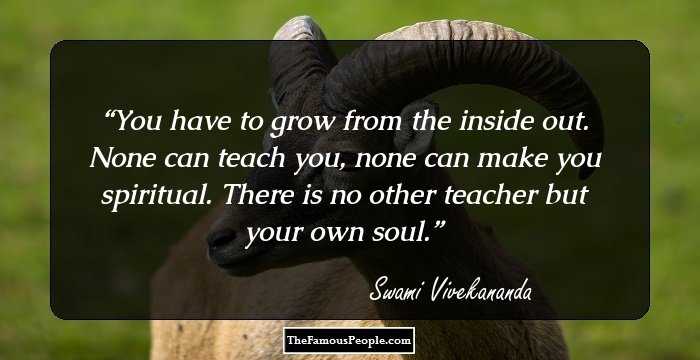 Narendra met Ramakrishna in 1881 at Dakshineswar, where the latter stayed. During this time, Narendra was undergoing a phase of spiritual crisis. It was his famous question to Sri Ramakrishna, “Have you seen God?” that transformed his life forever.

Though Ramakrishna did not convince Narendra completely during their first meet, the latter was bowled over by the former’s selfless, unconditional love. Gradually, he became a frequent visitor of Ramakrishna.

Meanwhile, the tragic death of his father Vishwanath Datta led Narendra to get closer to Ramakrishna. By this time, Ramakrishna had convinced Narendra by answering his spiritual questions, so much so that he was ready to renounce everything for the sake of realizing God.

In 1885, Ramakrishna was diagnosed with throat cancer which led him to relocate to a garden house in Cossipore. Narendra, along with fellow students, took great care of their master and nursed him with utmost devotion and love.

Before renouncing his body, Ramakrishna made Narendra the leader of a new monastic order, which highlighted the importance of service to mankind.

After Ramakrishna’s death, Narendra and his young disciples began to live at Baranagar. It was in 1887 that they took the formal vows of ‘sannyasa,’ thereby assuming new names. Over a period of time, Narendra came to be known as Swami Vivekananda. 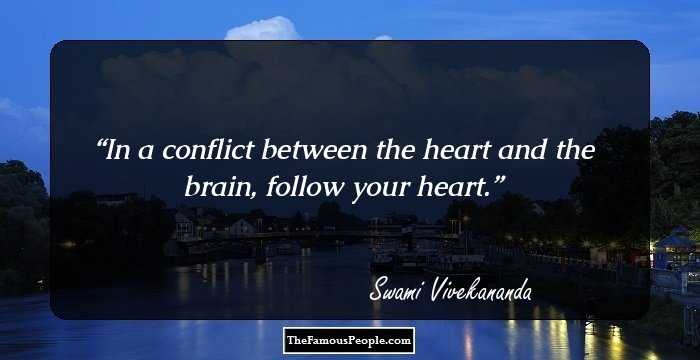 In 1888, to convey the message of Ramakrishna to the world, Swami Vivekananda resolved to embark on a journey, extensively exploring India in the initial years. He traveled on foot, lived on alms, and led the life of a wandering monk.

It was during his exploration of the country that he was exposed to the abysmal poverty and backwardness of his countrymen. He was the first religious leader to claim that the ignorance of the people was the major reason for the country’s breakdown.

He realized that the people of India had to sort out two things, which would allow them to improve their economic condition and help them build faith and strengthen their moral sense.

To accomplish his goal of bettering the lives of people, Swami Vivekananda aimed at initiating an organization to serve the poor and uplift their standards by providing them education. He also aimed at improving the lives of women across India.

In 1893, he traveled abroad for the first time to be a part of the World’s Parliament of Religions. He believed that the Parliament would not only provide him a bigger platform to spread the message of Ramakrishna, but also help him gain financial help for his project of uplifting the masses.

At the Parliament, Swami Vivekananda became known as the ‘orator by divine right’ and ‘messenger of Indian wisdom to the Western world.’ For the next three-and-a-half years, Vivekananda traveled extensively in the eastern part of the US and London to spread the message of ‘Vedanta.’

Upon returning to India in 1897, Swami Vivekananda gave a series of lecture to different parts of the country before finally returning to Calcutta. He initiated the ‘Ramakrishna Mission,’ an organization which propagated the teachings of ‘Practical Vedanta’ and commenced various forms of social service, such as hospitals, schools, colleges, hostels, rural development centers, and so on.

In 1898, Swami Vivekananda acquired a huge property at Belur, which became a permanent abode of the monastery and monastic order. The place became known as ‘Ramakrishna Math’ and is open to all. Vivekananda adapted ancient monastic ideals to suit the conditions of modern life.

He initiated the ‘Ramakrishna Mission’ and ‘Ramakrishna Math,’ which helped uplift the masses and introduced the Indian philosophies of ‘Vedanta’ and ‘Yoga’ to the Western world. 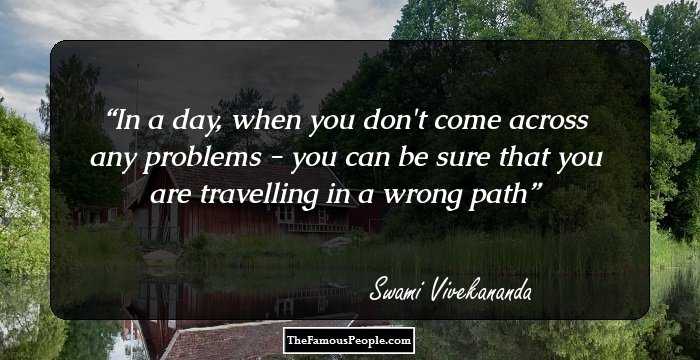 From a young age, Swami Vivekananda had deep interest in spirituality which led him to become a ‘sanyasi’ later in life. He vowed to lead a life aimed at bettering the lives of the downtrodden and the poor.

He breathed his last on July 4, 1902, while meditating. Rupture of a blood vessel in his brain was reported to be the reason for his death. His disciples believed that he attained ‘mahasamadhi’ and that the rupture was due to his ‘brahmarandhra,’ an opening in the crown of his head, being pierced while attaining ‘mahasamadhi.’

Swami Vivekananda’s body was cremated on a sandalwood funeral pyre on the banks of the Ganges in Belur.

Numerous Indian and Western leaders have named Vivekananda as the one who awakened India spiritually. It was due to Swami Vivekananda’s teaching and vision that Jamsetji Tata established the ‘Indian Institute of Science,’ one of the best-known research universities in the country.

“Have you seen God?” was the question that transformed the life of this Hindu monk who spent his life revitalizing Hinduism and spreading the Indian philosophies of ‘Vedanta’ and ‘Yoga’ to the Western world.

His speech with the opening phrase “Sisters and brothers of America…” at the 1893 Parliament of the World’s Religion at Chicago received a thunderous two-minute applause and standing ovation from 7000 people.

The birthday of this great spiritual personality is celebrated as National Youth Day in India.

His famous quote “Arise, awake, and stop not till the goal is reached” continues to inspire many around the world.

Quotes By Swami Vivekananda | Quote Of The Day | Top 100 Quotes

See the events in life of Swami Vivekananda in Chronological Order