Best known to his fans as the strikingly handsome and stylish secret agent James Bond, Pierce Brosnan is a versatile actor-turned-film producer. He decided to become an actor as a teenager and graduated from the ‘Drama Centre.’ He started out as a theatre artist and was highly appreciated for his role in ‘The Red Devil Battery Sign.’ He entered the world of television following his successful theatre stint. He caused a stir with his leading role in the television mini-series ‘Manions of America’ and his popularity increased when he played the title role in the detective series ‘Remington Steele.’ Buoyed by his rising fame, he started taking up supporting roles in Hollywood films which soon paved the way for more substantial roles. His dapper good looks and charming personality had many industry insiders commenting that he would be a suitable choice to play the famous detective agent James Bond. Brosnan made his first appearance as James Bond in ‘GoldenEye’ and was widely considered to be an improvement over his predecessor, Timothy Dalton. He reprised the role in three more films in the franchise. After playing Bond, his popularity reached great heights and he appeared in several mainstream films. American People
Irish People
Activists
American Men
Irish Men
Tall Celebrities
Childhood & Early Life
Pierce Brendan Brosnan was born on 16 May 1953, in Ireland, to Thomas, a carpenter and Mary May Smith. His father abandoned the family when Pierce was still a baby.
His mother left him under the care of her parents and went to London to train as a nurse.
He spent his childhood, living in the homes of his relatives after the death of his grandparents.
He was reunited with his mother when he was 11. His mother, now married to William Carmichael, took her son to London.
He attended ‘Elliot School.’ After leaving school, he went to ‘Saint Martin’s School of Art’ to study commercial illustration.
He later decided that he wanted to become an actor and joined the ‘Drama Centre London’ from where he graduated in 1975. 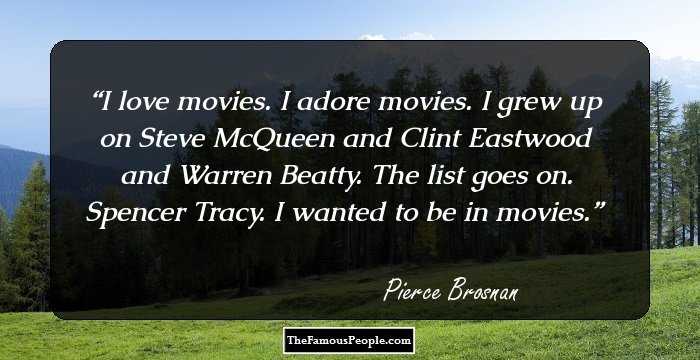 Famous Beautiful Women With Green Eyes
Career
He worked as an acting assistant stage manager at the ‘York Theatre Royal’ in 1975. He was chosen by playwright Tennessee Williams for the role of McCabe in ‘The Red Devil Battery Sign.’ His performance was critically acclaimed.
Throughout the 1970s and early-1980s, he played minor roles in television and films.
After moving to the U.S., he was cast in the television series ‘Remington Steele’ in 1982. The series was very successful and ran for five seasons till 1987. Pierce Brosnan’s good looks and skills earned him considerable attention.
In 1987, he appeared in the ‘Cold War’ spy film ‘The Fourth Protocol’ which also featured Michael Caine. The story focused on a clause of the 1968 East-West agreement to halt nuclear proliferation.
He portrayed Phileas Fogg in the 1989 three-part television miniseries ‘Around the World in 80 Days.’ The series was loved by the audience and got three ‘Emmy’ nominations.
During the early-1990s, he appeared in several television films, including ‘Murder 101’ (1991) and ‘Death Train’ (1993).
In 1993, he played a supporting role in the comedy film ‘Mrs. Doubtfire’ which went on to become a huge commercial hit.
In 1994, he was offered a contract to play the secret agent James Bond in three movies with the option of playing the role in the fourth film.
His first James Bond movie ‘GoldenEye’ released in 1995 and went on to become one of the most successful Bond movies till date.
Continue Reading Below
His second Bond movie ‘Tomorrow Never Dies’ (1997) was about the agent’s attempt to prevent a media mogul from manipulating world events to start ‘World War III.’
He reprised the role of James Bond in ‘The World Is Not Enough’ (1999). The movie’s plot revolved around the murder of a billionaire by a terrorist.
In 2002, he appeared in his last Bond movie, ‘Die Another Day.’ The film, which marked the franchise’s 40th anniversary, was also one of the highest-grossing Bond movies till date.
He co-starred with Greg Kinnear in the 2005 dark comedy ‘The Matador.’ The film’s unique theme and Brosnan’s performance earned favorable reviews.
In 2010, he starred as Adam Lang in ‘The Ghost Writer,’ a political thriller directed by Roman Polanski. The film won several cinematic awards.
His other works include ‘Bag of Bones’ (2011), ‘Love Is All You Need’ (2012), and ‘The World’s End’ (2013).
Brosnan then experimented with different genres, including romantic-comedy, thriller, action-adventure, and dark comedy. He went on to appear in movies like ‘A Long Way Down’ (2014), ‘Some Kind of Beautiful’ (2014), ‘Survivor’ (2015), ‘Urge’ (2016), and ‘The Foreigner’ (2017).
In 2018, he reprised his role as Sam Carmichael from the super hit 2008 movie ‘Mamma Mia!’ He appeared alongside actors like Meryl Streep, Colin Firth, and Stellan Skarsgård in the romantic musical comedy ‘Mamma Mia! Here We Go Again.’ Though the movie was a smash hit, it could not beat its predecessor.
In 2019, he was cast to play prominent roles in films like ‘False Positive’ and ‘The Misfits.’
Continue Reading Below 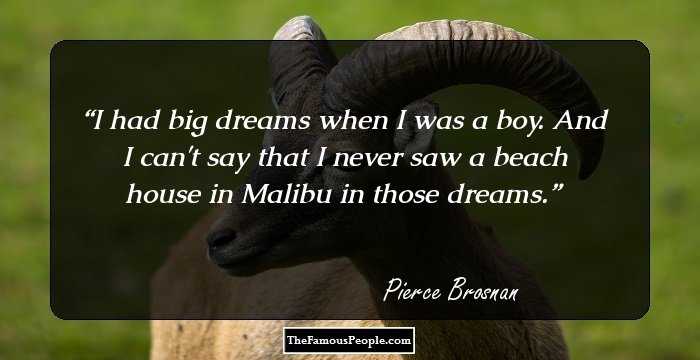 Major Works
He is best known for portraying James Bond in four movies of the James Bond film franchise. With his good looks and charming personality, he was regarded as the best fit for playing the legendary fictional character.
Awards & Achievements
He won the ‘Saturn Award’ for ‘Best Actor’ for playing James Bond in ‘Tomorrow Never Dies’ in 1998.
He was given the ‘Empire Award’ for ‘Best Actor’ for his role in ‘The World is Not Enough’ in 2000.
In 2003, Queen Elizabeth II honored him with an ‘Officer of the Order of the British Empire’ for his outstanding contribution to British Cinema. 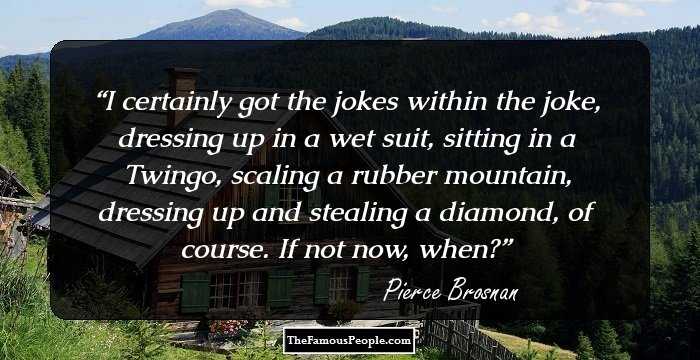 Personal Life & Legacy
He married actress Cassandra Harris in 1980 and adopted her two children from a previous marriage. The couple also had a son together. Their married life was cut short by Cassandra’s untimely death from cancer in 1991.
He married Keely Shaye Smith in 2001. They have two children together.
He has been an ambassador for ‘UNICEF Ireland’ since 2001. He is a strong supporter of same-sex marriage.
In 2004, Brosnan became a citizen of the United States, while retaining his Irish citizenship.
Trivia
This famous actor is also an artist who paints to raise money for charitable causes.
He was named ‘Best dressed Environmentalist’ in 2004 by the ‘Sustainable Style Foundation.’

Quotes By Pierce Brosnan | Quote Of The Day | Top 100 Quotes

See the events in life of Pierce Brosnan in Chronological Order 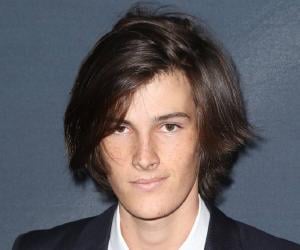