Paris Brosnan is an American model, more famous for being the youngest son of actor, Pierce Brosnan, and American journalist and author, Keeley Shaye Smith. Having a megastar of a father like Pierce, fame and media exposure came at a very young age for Paris along with his siblings. And being brought up by a journalist mother who herself was a TV presenter, producer, and actress provided Paris with the necessary tools to combat overexposure to media attention. Largely staying away from the acting world, Paris eventually entered the glamour industry and has become a top name in the modeling world. He is represented by the ‘Next Models’ agency in Los Angeles. Consequently, Paris has been turning heads by walking the ramp for designers like ‘Dolce and Gabbana’. He has also been featured on the cover of prestigious magazines like ‘GQ Korea’, ‘Vanity Teen’, and ‘MMSCENE’. Blessed with dashing looks, impressive height, and an attitude to compliment, Paris is gradually becoming the darling of the modeling industry. Some are even referring to him as the next Irish-American supermodel to grace the industry. Marsai Martin
Models #3005
Fashion #3402
DID WE MISS SOMEONE?
CLICK HERE AND TELL US
WE'LL MAKE SURE
THEY'RE HERE A.S.A.P
Quick Facts

American People
Tall Celebrities
Tall Male Celebrities
Male Models
Pisces Models
Career & Fame
Growing up in a family with celebrity parents and siblings associated with the entertainment industry, meant Paris Brosnan was exposed to the lights and glamour from a very young age. His half-brother, Sean, is also an actor and his brother, Dylan, is a model and singer for the band ‘Raspberry Blonde’. It is no surprise then that Paris made his way into the fashion industry.
On November 10, 2017, it was reported that Paris Brosnan had been signed by the Los Angeles office of ‘Next Model’ agency. Standing at an impressive 185 cm in height, the teenager was already popular on social media, especially Instagram, where he regularly posted surfing pictures. Bagging a contract with the agency which boasts other high profile celebrity clients like Suki Waterhouse and Jamie King to name a few, has been a major turning point for the young star.
Since signing with the agency, Paris has gone on to star on the cover of ‘GQ Korea’, ‘Numero’, and ‘Vanity Teen’. Perhaps it is a testament to his genealogy and talent, that within a few months of his debut as a model, he has made such a huge impact. In May 2018, he cemented his place in the modeling industry by being featured on the cover of ‘MMSCENE’ magazine. He was featured under the title ‘The Descendants’ and posed alongside Shaquille O'Neil’ son, Myles O'Neal, and David Oyelowo’s son, Asher Oyelowo.
January 2018 also saw the debut of Paris Brosnan on the runway for major brands like ‘Dolce & Gabbana’. Additionally, being featured as a member of the ‘Dolce & Gabbana’ class of ‘Fall 2018’, Paris graced the runaway with a pinkish floral jacket and blue & white pinstripe pants. His second sportier look combined a baseball shirt over a white shirt with the caption ‘love is love’. Needless to say, his outing was a major success.
Following that in September 2018, Paris walked the ramp for iconic designer Ralph Lauren’s 50th birthday special anniversary event. His father surprised by showing up for the event and later shared snippets of the event on Instagram, adding to Paris’ ever-growing fame and popularity.
You May Like

American Models
Pisces Men
Continue Reading Below
Personal Life
Paris Brosnan was born on February 27, 2001, in California, USA. His father is award-winning actor, Pierce Brosnan, and mother is actress, Keely Shaye Smith. He has an older brother named Dylan who was born on January 13, 1997. He has two siblings from Pierce Brosnan’s previous marriage to actress Cassandra Harris. They are Sean and Chris. His half-sister, Charlotte, passed away on June 28, 2013, from Ovarian Cancer. He loves surfing and he has not revealed on social media if he is dating anyone or not. 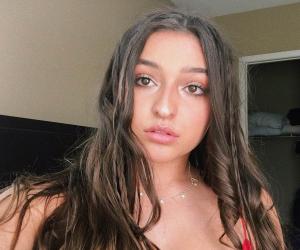