Peyton List is an American actress best known for her portrayal of Emma Ross in the Disney sitcom series ‘Jessie’. After the success of this show, List was chosen to play the same role; Emma Ross, in ‘Bunk’d’. v, known for being the ‘Queen of comedy’ on ‘Disney Channel’ says that she enjoys ice skating, singing and dancing during her leisure time. She has redefined the perception of a female comedian through her stellar performance in ‘Jessie’. This young lady, who is also the new ‘Queen’ of ‘Disney’, has already won everyone’s heart with her acting and is now slaying the internet with her looks. This style queen has more than 8 million followers on ‘Instagram’. She loves fashion so much that she transformed her basement into her closet. This aspiring actress does not plan to settle down with merely comic roles and wishes to do more adult roles and also aspires to be a writer. “I’m going to shadow the writers on ‘Bunk’d’”, was what List apparently said in one of her interviews. She believes Hollywood needs more female writers. This young actor also loves music and plans to start working towards this new found interest. She even performed ‘I Love it’, a song originally credited to the team ‘Icona Pop’, with Ingrid Michelson- an American singer. Sadie Sink
6th April In History
DID WE MISS SOMEONE?
CLICK HERE AND TELL US
WE'LL MAKE SURE
THEY'RE HERE A.S.A.P
Quick Facts 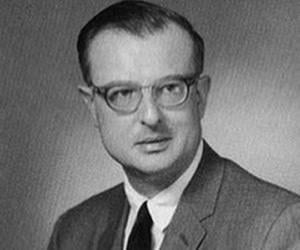 American People
Florida Actresses
Aries Actresses
American Actresses
Actresses Who Are In Their 20s
The Meteoric Rise To Stardom
Peyton started working in the entertainment industry at a very young age. To be precise, she started acting when she was 4 years old. She first appeared on a television series titled ‘As the World Turns’, wherein she played the role of a little girl at the dinner. This teen actress has appeared in almost 16 television shows starting from the year 2004 and has been playing the role of ‘Emma Ross’ since 2011. Though it was her role in ‘Jessie’ that has been well acknowledged, she has acted in numerous other television series.
Peyton has not limited herself to being a mere ‘Disney Channel’ actress. She also has many movies to her credit and her first appearance on the big screen was in the 2004 flick ‘Spider-man 2’. Her role was not credited as it was of a small kid playing on the stairs. Peyton has also starred opposite Logan Paul for her new project titled ‘The Thinning’, a horror movie directed by Michael Gallagher. List, all of 18, has already acted with many A-listers of Hollywood, which include famous names like Robert Pattinson, Katherine Heigl, Frances O’Connor, Hillary Duff, Emilie De Ravin and many more. Currently, the actress has 16 films in her kitty.
Peyton focused on both her acting and modeling careers simultaneously. In the year 2011, she was the model for ‘Justice Magazine’ and also has appeared on the cover of a 2009 issue of ‘American Girl’. She has appeared in more than 400 print and television commercials. List is currently the face of Bongo; an online shopping website.
Recommended Lists:

Women Film & Theater Personalities
American Film & Theater Personalities
American Female Film & Theater Personalities
Aries Women
Continue Reading Below
What Makes Peyton List So Special
People usually tend to love and respect those who are humble and down-to-earth and such celebrities easily enjoy a demigod status. Peyton once also fulfilled the wish of a nine-year -old girl named Sabrina Tredo-Jackmman. Sabrina who is diagnosed with Hodgkins Lymphoma, a type of cancer, considers herself the biggest fan of Peyton. She travelled to Los Angeles to meet her icon Peyton on the sets of ‘Bunk’d’ and ended up meeting other ‘Disney’ actors too. Sabrina gifted a ‘best friend necklace’ to her idol and both of them shared their favorite popcorn.
Sabrina’s mom thanked ‘Make-A-Wish’ team for making this possible and even said that Peyton is such a down-to-earth person and very hard working. She also added saying that Peyton made sure that Sabrina had a great welcome and made her feel so special. This one deed of Peyton shows us the kind of a person she is.
Beyond Fame
Peyton often gets mistaken for the Hollywood actress of the same name. To avoid confusion Peyton used to credit herself as Peyton Roi List or Peyton R List. Consider it coincidence, both of the Peytons have appeared on the television soap ‘As the World Turns’ together. The younger Peyton once quoted in her interviews “We stayed at the same hotel actually at one point we got each other’s call sheets and I got voicemails for her and she got the same thing from me”.
Behind The Curtains
Born in Florida, Peyton was actually raised in California, along with her brother. List has two brothers and both of them are part of the glamour industry.
Of the two, Spencer List is her twin brother and was born 10 minutes apart. Spencer is also a model who has even appeared in an episode of ‘Bunk’d’ as well as the movie ‘Spider-man 2’. Her younger brother Phoenix List has also acted in movies like ‘Rabbit Hole’, ‘Night Has Settled’ and ‘Curios Thing’. Peyton, after watching ‘Wicked’ at the renowned ‘Broadway’ theatre, along with her mother, decided that she too wants to be an actor. Suzanne List, Peyton’s mother, was also a model and now Peyton is following her footsteps.
Trivia
Peyton is so lazy that she would buy sneakers that are usually big for her, so that she can slip it off without tying or untying it.