(Co-Founder of ‘The Pirate Bay’ a BitTorrent Search Engine)

Peter Sunde, also known by his online alias “brokep”, is a Swedish computer specialist, entrepreneur and politician who was one of the co-founders of The Pirate Bay, a BitTorrent search engine. He had also served as the spokesperson for the website for years. Along with co-founders Fredrik Neij and Gottfrid Svartholm, and financier Carl Lundström, he was charged for assisting in copyright infringement and served months in jail, apart from sharing roughly $11 million debt "in solidarity" with the others. Over the years, he has been involved with several other ventures such as the micropayments system Flattr, the abandoned Hemlis messaging platform, the Kopimashin device, legal file-sharing site BayFiles and most recently Njalla, a privacy oriented domain name registrar. He has also been a candidate for the Pirate Party of Finland Kai-Fu Lee
DID WE MISS SOMEONE?
CLICK HERE AND TELL US
WE'LL MAKE SURE
THEY'RE HERE A.S.A.P
Quick Facts 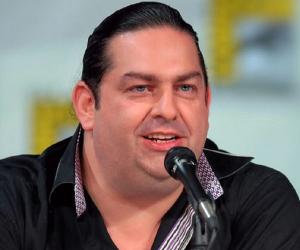 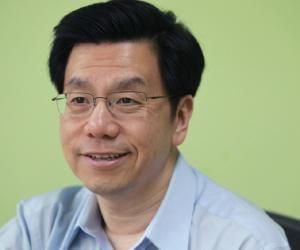 Peter Sunde Kolmisoppi was born on September 13, 1978 in Uddevalla Sweden to a Norwegian mother and a Finnish father. His mother was a staff consultant for a large company, while his father worked as a travelling mechanic, and he has a brother named Mats Kolmisoppi, who is now an award-winning poet and author.

He was only eight when his parents divorced, following which he moved to Norway with his mother and brother, but they often shifted houses after his mother began suffering from delusions due to psychosis. Sunde, who got his first computer, an Amiga 500, at the age of nine, dropped out of school in his teens and started working as an IT consultant.

Peter Sunde was soon offered a job with the German technology company Siemens, known for developing IT systems for use in hospitals. In 2003, he was responsible for programming a system used for registering patients at hospitals and helped upgrade it from fingerprint-based to compatible with retinal scanners.

During this period he could not help thinking about rumors of illegal immigrants burning their fingerprints away on kitchen stoves before visiting a hospital to avoid being deported. While working on the retinal scanner system, he often worried imagining asylum seekers poking their eyes out with knives and “was labeled as negative and difficult to work with” for protesting to his manager.

He often spent time online and became involved in piracy by swapping music and films with others on invitation-only servers, and got to know Fredrik Neij in 2003 through mutual acquaintances online. He learned about the file-sharing movement from Neij and offered to help on his new project of a bittorrent-tracker that would eventually grow into The Pirate Bay.

In 2003, he became a member of Sweden's Piratbyrån (The Pirate Bureau), a think tank involving a group of 40-50 like-minded people who supported free sharing of information, culture, and intellectual property. That September, he teamed up with Fredrik Neij and Gottfrid Svartholm to start The Pirate Bay, which was envisioned as a limitless database of information, free from censorship and regulation.

He told computerworld.com that he unwittingly became the spokesperson of the group because Fredrik was “dyslectic and Gottfrid isn't really compatible with other people”. He remained the spokesperson of the organization until late 2009, even though according to the group’s lawyer, they sold the website to Reservella, a company based in the Seychelles islands, in a shady 2006 transaction.

In May 2006, the website's servers in Stockholm were raided by Swedish police which happened, according to a February 2012 guest column on Wired by Sunde, after the US summoned and threatened the Swedish Minister of Justice. He further claimed that a Swedish prosecutor had said in a memo that TPB wasn't guilty of "main" crimes and that the police officer responsible for the investigation was offered a job at Warner Brothers.

In January 2008, the three founders Sunde, Neij and Svartholm, and their financier Carl Lundström were charged with assisting in copyright infringement, and in April 2009, were sentenced to one year in prison. They were also fined 30 million SEK, but Sunde stated, showing a handwritten IOU statement at a press conference, that he would rather burn his money than pay the media industry.

After their lawyer appealed to the Svea Court of Appeal claiming bias on the part of judge, their request for a retrial was denied but their sentences were reduced, while their fine was further increased. While Svartholm was arrested in Cambodia on unrelated hacking charges in 2012 and Neij and Lundström declared personal bankruptcy, Sunde was arrested from his girlfriend’s house at a farm in Oxie, Malmö in May 2014.

He was initially kept in prison in Malmö for a week before being shifted to Västervik Prison, where he continued to mess with the system by sending repeated applications for parole. However, he was allowed to see his ailing father at a hospital, and after the latter passed away, to attend his funeral, and that too without handcuffs after warning otherwise before.

He was released from prison in November 2014 after serving five months, which was two-thirds of his eight-month sentence. While he is not involved with The Pirate Bay any longer, he had collaborated with Neij on the legal file-sharing site BayFiles in August 2011.

Earlier in February 2010, he and Linus Olsson had announced a new project called Flattr, a micropayments system that enables viewers of websites to make small donations to developers by clicking a "Flattr this" button. The platform continued to allow donations to WikiLeaks after several other financial services blocked donations and money transfers to the site and was eventually acquired by Adblock Plus publisher Eyeo GmbH in April 2017.

In July 2013, along with Linus Olsson and Leif Högberg, he announced a fundraising campaign for Hemlis, which aimed to be a mass market messenger that was secure and private. However, they announced through a blog post on the messenger website in April 2015 that they were discontinuing the development of the Hemlis messaging platform.

A self-proclaimed socialist, he is involved with the Pirate Party of Finland, which seeks to develop open democracy, safeguard civil rights and increased transparency in politics. He was the party’s candidate for European Parliament in the 2014 election and was able to garner 12,378 votes (0.7%).

In December 2015, he revealed through a Vimeo video a new device called "Kopimashin" with a Raspberry Pi running a Python routine which could produce 100 copies per second of Gnarls Barkley's single "Crazy”. He later told news site TorrentFreak that Kopimashin was created to show how futile it was to put a price on a copy.

Peter Sunde shares roughly $11 million debt, which makes it difficult for him to settle down as anything he owns would immediately be seized by the authorities to pay off his debt. As a result, he spends most of his time travelling and delivering speeches as a public speaker.

Peter Sunde does not want to be identified as a Swedish person because he considers it an insult considering Sweden’s role in helping the Nazis in the past. He prefers to be identified as a Finn or a Norwegian based on his ancestry, but defended Sweden in a blog post after Donald Trump and Julian Assange attacked the country for political reasons.

See the events in life of Peter Sunde in Chronological Order