Nandan Nilekani is an Indian entrepreneur and one of the founders of the 'Infosys', the famous Indian IT company. He is a hero and an inspiration for educated Indian middle class who see in him a man who has achieved great heights in life by the sheer dint of merit. He decided to be an independent entrepreneur in the early years of his life after observing his father’s frequent job transfers and subsequent relocations. He was transformed from a small town boy to a confident and mature young man after receiving education from the IIT, a place where he learned to work hard and perform as a part of the team. He also understood the importance of giving back to the society, an important trait of his personality which still remains intact after so many years. After graduation and working for few years in a firm, he decided to establish his own company with some of his colleagues and thus, ‘Infosys’ was formed where he served in various capacities for next 28 years. After leaving his company, he served as the chairman of UIDAI (Unique Identification Authority of India), a national government scheme which aims to provide a unique identification number for all residents of India. Being a philanthropist, he also contributes generously towards causes like healthcare and education for the underdeveloped sectors of the society. 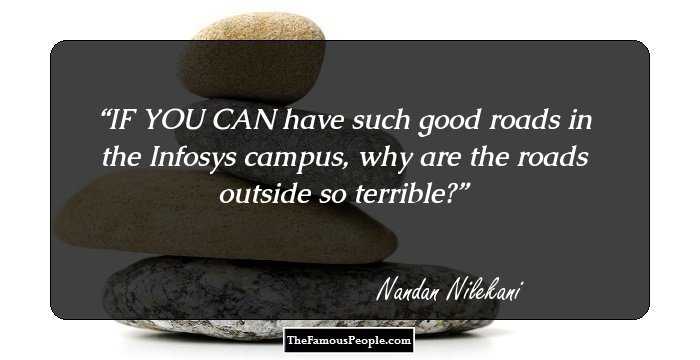 Who Is The Greatest Female Warrior In History?
Career
In 1978, he was interviewed by N.R. Narayana Murthy for his first job and got selected at the Mumbai-based ‘Patni Computer Systems’.
In 1981, he along with Murthy and five others, left their jobs and founded their own company by the name of ‘Infosys’.
For over two decades at Infosys, he held various posts in the company such as managing director, president, and chief operating officer.
In March 2002, he became the Chief Executive Officer (CEO) of Infosys, a post he held till April 2007.
In 2007, after resigning from the post of CEO, he became the co-chairman of the board of directors of the company.
In July 2009, he left Infosys and became the chairman of the Unique Identification Authority of India (UIDAI), a cabinet-ranking position.
In 2009, he also published his book titled ‘Imagining India: The Idea of a Renewed Nation’.
During the 2014 Lok Sabha Elections, he entered politics and represented Indian National Congress from the Bangalore South constituency but lost by 228,575 votes to the BJP candidate Ananth Kumar.
He is currently the chairman of ‘Technology Advisory Group for Unique Projects’ (TAGUP), a government of India advisory group to look into the technology part of five large financial sector projects
Continue Reading Below
He also serves as the President of the governing body of NCAER, the National Council of Applied Economic Research, India's oldest and premier independent economic research institute.
He is currently a member of the board of governors of the Indian Council for Research on International Economic Relations (ICRIER).
He is also a part of several advisory boards such as the World Economic Forum Foundation and the Bombay Heritage Fund.
Major Works
One of his most notable works is the establishment of ‘Infosys’ in 1981 along with Narayana Murthy and a few other software professionals. With their hard work and extraordinary talent, the company became the top most name in the Indian IT industry over the next twenty years.
Being the chairman of UIDAI, he was responsible for the task of creating the biometric database of the entire population of India and to provide a unique identification number for all residents of India known as ‘Aadhaar’.
Working as philanthropists, he and his wife contributed generously for non-profit efforts in water infrastructure, micro-credit, and social research over the years. They also invested in education and healthcare by donating a fair share of their wealth for the welfare of society.
Awards & Achievements
In 2005, he was awarded the distinguished 'Joseph Schumpeter prize' for his innovative services in economy, economic sciences and politics.
In 2006, Forbes Asia named him ‘Businessman of the Year’.
In 2006, he was awarded the Padma Bhushan, the third highest civilian award in the Republic of India.
In 2006, he became one of the youngest entrepreneurs to join 20 global leaders on the World Economic Forum (WEF) Foundation Board.
In 2009, he was listed among the Time 100 list of 'World's Most Influential People' by the Time magazine.
In 2009, he became the first Indian to be honored with the prestigious 'Legend in Leadership Award' by the Yale University.
In 2011, he was conferred NDTV Indian of the Year's ‘Transformational Idea of the Year Award’.
In 2011, he received an honorary Doctor of Laws degree from the Rotman School of Management, University of Toronto.
Personal Life & Legacy
He met Rohini at a quizzing event; soon they fell in love and got married. They are blessed with two children, Nihar and Janhavi. Both of their children are undergraduates from the prestigious Yale University, United States.
Recommended Lists:
Business People #1383
Leaders #2834
Engineers #298
You May Like

See the events in life of Nandan Nilekani in Chronological Order