Peter Facinelli is an American actor and producer known for portraying Donovan Ray in the TV series ‘Fastlane’, as well as for playing the role of Carlisle Cullen in the popular Twilight film series. He made his film debut portraying Lucifer in the film ‘Angela’ and earned considerable popularity with his supporting role in the science fiction film ‘Supernova’. He also gained attention for his drama role in the drama TV series ‘Six Feet Under’. The show was about a family who runs a funeral home. His fame reached new heights after his portrayal of a vampire named Carlisle Cullen in the romantic fantasy film ‘Twilight’. The film was a huge success and earned him international recognition. He continued to play the role in the sequels of the original film in theTwilight series. Facinelli is also known for his role in the medical comedy drama series ‘Nurse Jackie’, where he played one of the important roles. He played a role in the first season of the superhero TV series ‘Supergirl’ as well. American People
New Yorkers Actors
American Actors
Sagittarius Actors
Actors Who Are In Their 40s
Childhood & Early Life
Peter Facinelli was born on 26th November 1973 in New York City to parents Bruna and Pierino Facinelli. While his father worked as a waiter, his mother was a homemaker.
Facinelli was raised in Ozone Park, Queens, New York. He went to St. Francis preparatory school. Later on, he studied acting at New York University and the Atlantic Theater Company Acting School in New York City.
Continue Reading Below
Career
Peter Facinelli made his film debut with a role in the 1995 film ‘Angela’, which was directed by Rebecca Miller. He then earned a lot of appreciation for his role in the TV movie ‘The Price of Love’. He next played a supporting role in the movie ‘Foxfire’. Directed by Annette Haywood-Carter, the film was based on a novel named ‘Foxfire: Confessions of a Girl Gang’.
Over the next few years, he played important roles in several movies such as ‘Can’t Hardly Wait’ (1998), ‘Welcome to Hollywood’ (1998), ‘The Scorpion King’ (2002), ‘Hollow Man 2 (2006), and ‘Arc’ (2006). He also played the lead role in the crime action drama series ‘Fastlane’. It aired from 2002 to 2003. .
His popularity reached an international level with his appearance in the 2008 fantasy film ‘Twilight’. He portrayed the supporting role of a vampire named Carlisle Cullen. The film, which was directed by Catherine Hardwicke, was a huge success, grossing more than ten times its budget. It received mixed reviews from critics.
‘The following year, he reprised his role in the film ‘The Twilight Saga: New Moon’, the sequel to ‘Twilight’. Directed by Chris Weitz, the film was a huge commercial success like its prequel and grossed more than fourteen times its budget. The film also received several accolades. However, it was met with negative reviews.
In 2009, he started playing one of the main roles in the comedy drama series ‘Nurse Jackie. It aired till 2015. The show was a huge success and won multiple Emmy Awards.
In 2010, he appeared in ‘Twilight Saga: Eclipse’, where he reprised his role of Carlisle Cullen. The film was directed by David Slade. It did well commercially, and earned around ten times its budget. It received mixed reviews from critics.
In 2011, he appeared in ‘Twilight Saga: Breaking Dawn-Part 1’, the fourth film of the Twilight film series. The film did well commercially, but received negative reviews. The same year, he served as a co-writer and a co-producer of the TV film ‘Accidentally in Love’.
In 2012, Peter Facinelli played the lead role of a pickpocket in the film ‘Loosies’. He also served as the writer and a co-producer of the film. The same year, he reprised his role in ‘The Twilight Saga: Breaking Dawn- Part 2’, the last movie of the Twilight film series. The film was a commercial success, like all the Twilight movies. It was met with mixed reviews from critics.
Other films he appeared in over the next few years include ‘The Damned’ (2013), ‘Freezer’ (2014) and ‘Walter’ (2015). In 2015, he also appeared in the TV series ‘American Odyssey’ and played a role in the Superhero TV series ‘Supergirl’ as well.
Major Works
Peter Facinelli received worldwide recognition for his role of an old vampire named Carlisle Cullen in the 2008 romantic fantasy film ‘Twilight’. He reprised the role in all of its four sequels as well. The series told the story of the relationship between a teenage girl and a vampire. The franchise was a huge success commercially and also won many awards and nominations.
Facinelli played a main role in the thriller TV series ‘American Odyssey’. The series revolved around a US Army team which discovers that a private company in the US has been funding Islamic terror groups. The series earned average reviews from critics.
Awards & Achievements
In 2006, Peter Facinelli won an award for ‘Best Actor’ at the Indie Gathering International Film Festival for his role in the film ‘Arc.’
Personal Life
Peter Facinelli was married to actress Jennie Garth from 2001 to 2013. The couple has three daughters.
After separating from his wife he started dating actress Jaimie Alexander. Though the couple became engaged in March 2015, the next year they called it off.

See the events in life of Peter Facinelli in Chronological Order 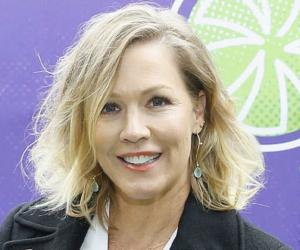