Peggy Lipton, born Margaret Ann Lipton, was an American actress, model, and singer, best known for playing Julie Barnes in ABC’s ‘The Mod Squad.’ A fashion icon of her time, Lipton turned heads with her lean physique and ash blonde hair. She had a successful acting career at a young age and is the winner of a ‘Golden Globe’ award. She also has four ‘Emmy’ and ‘Golden Globe’ nominations. Through the course of her career, she appeared in a number of television series, including ‘The Invaders,’ ‘The Mod Squad,’ ‘Mr. Novak,’ and ‘Bewitched,’ among several other series. She also appeared in movies like ‘Jackpot,’ ‘Blue,’ ‘When in Rome,’ and many more. She appeared in several television commercials and has also starred in an off-Broadway production of ‘The Vagina Monologues.’ She was married to Quincy Jones and had two daughters, Rashida and Kidada Jones, who are also actresses. Peggy was also a successful singer and had hit singles like ‘Lu’ and ‘Stoney End’ under her belt. Her 1968 album ‘Peggy Lipton’ was released on CD on July 29, 2014. The re-released album featured 19 tracks, including previously unreleased material. Peggy was diagnosed with colon cancer and died battling it on May 11, 2019. American Celebrities
Singers
Actresses
American Women
New Yorkers Actresses
Childhood & Early Life
Margaret Ann ‘Peggy’ Lipton was born on August 30, 1946, in New York City, New York, USA, to Harold Lipton, a corporate lawyer and Rita Benson, an artist. Peggy was raised in an upper-middle-class Jewish family.
Peggy grew up in Long Island along with her brothers, Robert and Kenneth. Like his sister, Robert went on to become an actor.
She attended ‘Lawrence Junior High School’ and ‘Professional Children’s School.’ She was described as a withdrawn and nervous child. A young Peggy, who was sexually abused by an uncle, used to stutter, so much so that she sometimes found it difficult to even say her own name.
In 1964, she moved to Los Angeles along with her family. In Los Angeles, she became fascinated by yoga and meditation and described herself as a ‘Topanga Canyon hippie’ during that phase of her life. 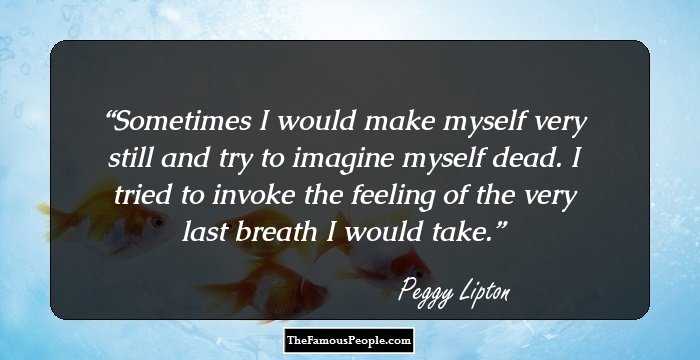 Quotes: Trying
Continue Reading Below
Career
Peggy initially worked as a model in New York, taking up jobs that her father arranged. On the other hand, her mother urged her to take acting lessons.
She enjoyed a successful early career. At the age of 15, she joined the ‘Ford Agency’ and worked for them as a model.
She signed a contract with ‘Universal Pictures’ after she moved to Los Angeles in 1964 with her family.
At the age of 19, she debuted on television in the ‘NBC’ sitcom ‘The John Forsythe Show.’
She appeared in a number of TV series, including ‘Bewitched,’ ‘The Invaders,’ ‘The F.B.I,’ ‘The Virginian,’ ‘The Road West,’ ‘The Alfred Hitchcock Hour,’ and many more.
Peggy rose to fame when she was cast as Julie Barnes in ABC’s crime drama series ‘The Mod Squad.’ Her portrayal of the character earned her praise from audiences as well as critics. The role earned her four ‘Emmy’ and four ‘Golden Globe’ nominations for best actress. She also won a ‘Golden Globe’ in 1971.
Her character Julie Barnes sported straight long hair, mini-skirts, bell bottoms, love beads, and sunglasses. The character’s appearance became popular among the viewers and Peggy became a fashion icon.
Apart from a career in acting, she also had a successful career in singing. She enjoyed success in the music industry with hit singles like ‘Wear Your Love Like Heaven,’ ‘Stoney End,’ and ‘Lu.’ Her unreleased work was released on CD in 2014.
Peggy was one of the writers of Frank Sinatra’s final solo studio album, ‘L.A. Is My Lady.’
Continue Reading Below
After taking a break to focus on her family, Peggy returned to acting in 1988 and gained popularity for her performance as Norma Jennings in the TV series ‘Twin Peaks.’ After her comeback, she went on to appear in several TV shows, including ‘Crash’ and ‘Popular.’
She appeared in the movie ‘A Dog’s Purpose’ which was released in January 2017. She also appeared in ‘Twin Peaks’ as Norma Jennings until September 2017.
In 2017, Peggy played the mother of the character played by her daughter Rashida Jones in the show ‘Angie Tribeca.’ 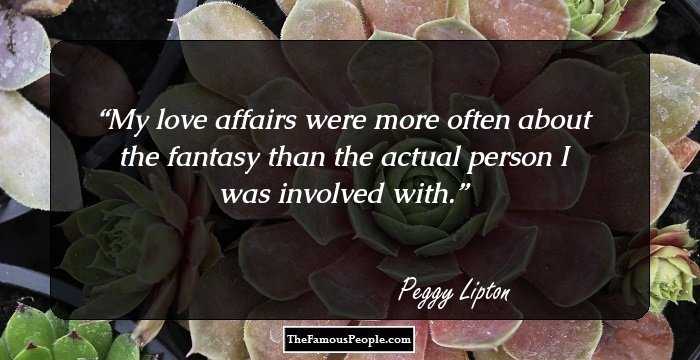 Major Works
She gained recognition as a singer when her single ‘Stoney End’ was ranked 121 on the Billboard list in 1968.
In 1970, she hit the Billboard singles chart when two of her singles ‘Wear Your Love Like Heaven’ and ‘Lu’ charted at number 108 and 102, respectively.
In 2002, she appeared on stage, performing in ‘Pitching to the Star’ with elder brother Robert Lipton and daughter Rashida Jones.
She appeared in a series of television commercials for ‘Verizon Fios.’
Awards & Achievements
In 1970, Peggy was nominated for the ‘Golden Globe’ award in the ‘Best TV Actress – Drama’ category for her role as Julie Barnes in ABC’s TV series ‘The Mod Squad.’
Continue Reading Below
From 1970 to 1973, she received nominations for the ‘Golden Globe’ award for the same series.
In 1971, she won a ‘Golden Globe’ award and was named the best actress for ‘The Mod Squad.’
She also received nominations for ‘Primetime Emmy’ awards in the year 1969, 1970, 1971, and 1972.
In 1971, she won the ‘Brave Otto Germany Award’ for ‘Best Female TV Star.’
In 1991, she was nominated for the ‘Soap Opera Digest Award’ in the ‘Outstanding Supporting Actress: Prime Time’ category for her performance in ‘Twin Peaks.’ 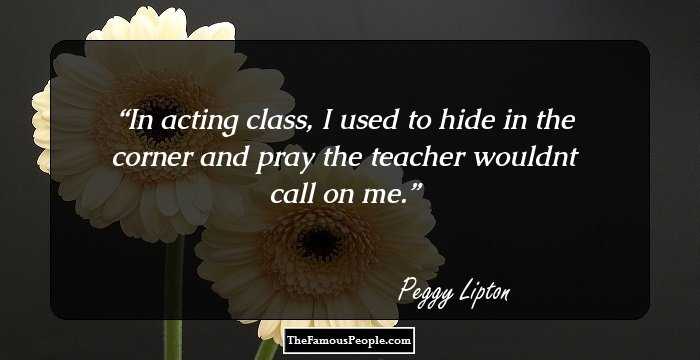 Personal Life
Peggy went through a troubled phase from the late-1960s to the early-1970s. During this period, she had relationships with a series of men, most of them being married, alcoholic, and abusive. She also used illegal drugs during this period. She wrote about this phase of her life in her memoir ‘Breathing Out,’ which was co-written by David and Coco Dalton in 2005.
In the mid-1970s, she settled down with actor, humanitarian, and musician Quincy Jones and got married to him in 1974. To concentrate on her family life, Peggy took a break from acting, appearing only in the 1979 TV movie ‘The Return of The Mod Squad.’
She gave birth to Kidada Jones in 1974. Her second daughter Rashida Jones was born in 1976. Both of them went on to become actresses.
Peggy got separated from her husband Quincy Jones in 1986 and the couple got divorced in 1990.
In 2004, it was revealed that she was diagnosed with colon cancer and that she was undergoing treatment for it.
Jack Chartier, chief of staff to the then New York state comptroller Alan Hevesi, provided a fund of around $90,000 to help Peggy with the hospital bills, rent, and treatment. He also invested $44,000 in a business venture launched by one of her daughters.
Peggy died fighting cancer on May 11, 2019, in Los Angeles.
Trivia
Peggy worked as an assistant instructor in a workout video presented by actress and fitness enthusiast Jane Fonda.
Peggy Lipton was in a relationship with Elvis Presley. Also, it was rumored that she was involved in a relationship with Paul McCartney for a brief period of time.

Quotes By Peggy Lipton | Quote Of The Day | Top 100 Quotes

See the events in life of Peggy Lipton in Chronological Order