Paul Rudd is an American actor who became a teen sensation after his breakthrough role in the comedy film ‘Clueless.’ He soon worked his way up, earning more roles and went on to star in a number of hit films. Some of his well-known films, include ‘Anchorman: The Legend of Ron Burgundy,’ ‘The 40-Year-Old Virgin,’ ‘The Perks of Being a Wallflower,’ ‘Our Idiot Brother,’ ‘Dinner for Schmucks,’ ‘I Love You, Man,’ ‘Forgetting Sarah Marshall,’ and ‘Knocked Up.’ He became popular after playing the role of Scott Lang/Ant-man in the movie ‘Ant-Man.’ He went on to reprise the role as Ant-man in ‘Captain America: Civil War,’ ‘Ant-Man and the Wasp,’ and ‘Avengers: Endgame.’ He has also appeared in numerous television shows and series, including 'Saturday Night Live,’ 'The Simpsons,’ 'Parks and Recreation,' 'Robot Chicken,’ and the popular sitcom ‘Friends.’ Born in New Jersey, Rudd went to the ‘University of Kansas’ to study drama and later attended the ‘British American Drama Academy.’ He has established himself as one of the popular actors in Hollywood. He also worked and starred in theater productions before venturing into the film industry. He is a screenwriter and successful producer too. 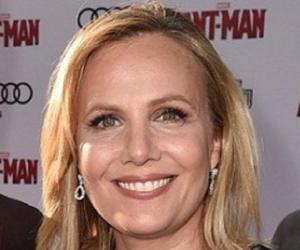 American People
Actors
American Men
New Jersey Actors
University Of Kansas
Childhood & Early Life
Paul Stephen Rudd was born on April 6, 1969, in Passaic, New Jersey, U.S. At the age of 10, he moved to Lenexa, Kansas, along with his family. Later on, he spent three years living in Anaheim, California. His parents were Jewish and he had a typical Jewish ‘bar mitzvah’ service.
He was educated at the ‘Broadmoor Junior High’ and ‘Shawnee Mission West High School.’ He then went on to attend the ‘University of Kansas’ for two years to study drama.
He attended the ‘British Drama Academy’ in the ‘Oxford University’ for a three-month workshop. While he was studying, he also took part in theatre productions. 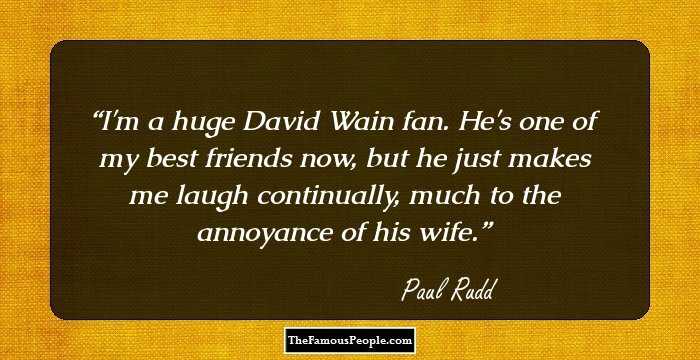 Who Is The Greatest Female Warrior In History?
Career
In 1995, he got his breakthrough role in the comedy film ‘Clueless,’ which was directed by Amy Heckerling. The same year, he also appeared in the film, ‘Halloween: The Curse of Michael Myers.’
In 1996, he played the role of Sonny in the television version of ‘Clueless.’ The same year, he also played the role of Paris in the film ‘Romeo + Juliet.’ Furthermore, he was seen in the film, 'The Size of Watermelons' (1996).
In 1997, he played the role of Earl in the John Patrick Kelley film, 'The Locusts.’ The next year, he appeared in two films, namely 'Overnight Delivery' and 'The Object of My Affection.’
In 2000, he earned a ‘Screen Actors Guild Award’ nomination for his role in the film, ‘The Cider House Rules.’ The same year, he was also seen in the film, ‘200 Cigarettes.’
In 2000, he played the role of Brent Brooks in an episode of the TV series, 'Strangers with Candy.’ The same year, he also played a role in the television film, ‘The Great Gatsby.’
In 2002, he appeared as Mike Hannigan in the TV sitcom, ‘Friends.’ In later years, he was seen in films, such as 'Anchorman: The Legend of Ron Burgundy,’ 'Wake Up, Ron Burgundy: The Lost Movie,’ ‘The 40-Year-Old Virgin,’ 'I Could Never Be Your Woman,' and 'Knocked Up.’
In 2009, he played the role of Peter Klaven in the film, 'I Love You, Man.’ The same year, he voiced a character named Derek Dietl in the film ‘Monsters vs. Aliens' and then made a cameo appearance in the film ‘Year One.’
In 2010, he was seen in the films, 'Dinner for Schmucks' and 'How Do You Know.’ The following year, he was seen in the films, 'Our Idiot Brother' and 'Bridesmaids.'
In 2012, he produced the film 'Wanderlust' in which he also played a character named George. In the same year, he also acted in the critically acclaimed films, ‘The Perks of Being a Wallflower’ and ‘This Is 40.’
Continue Reading Below
In 2013, he played the role of John in the film ‘Admission.’ He was also seen in other films, such as 'Prince Avalanche,’ 'This Is the End,' and 'All Is Bright.’
In the 2014 American comedy film ‘They Came Together,’ he appeared as Joel.
Paul Rudd’s path-breaking role came in the year 2015 when he was offered the role of Scott Lang aka Ant-Man in the Marvel’s superhero film ‘Ant-Man’ which was successful commercially as well as critically. He even contributed to the screenplay of the movie.
He reprised his role as Ant-Man in several subsequent ‘Marvel movies,’ such as ‘Captain America: Civil War’ (2016), ‘Ant-Man and the Wasp’ (2018), and ‘Avengers: Endgame’ (2019). Apart from playing the lead, he also co-wrote the movie ‘Ant-Man and the Wasp.’
In 2019, Paul Rudd was cast to play an important role in the fourth feature film in the popular ‘Ghostbusters’ franchise, ‘Ghostbusters 2020.’ 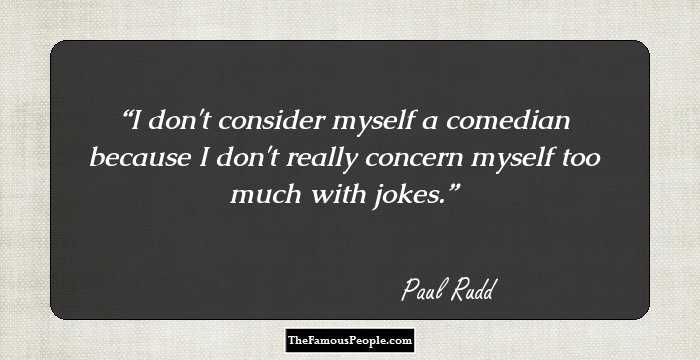 Major Works
He was seen in the film, ‘Clueless’, which was rated by ‘Entertainment Weekly to be the '19th best comedy of the past 25 years'. The film was also a major commercial success.
Paul Rudd’s outing as Scott Lang/Ant-Man in the 2015 Marvel’s superhero film ‘Ant-Man’ gained him worldwide recognition. The film was well-received by critics as well as general audience. He went on to reprise his role in several other ‘Marvel’ films.
Awards & Achievements
In 2012, he won the ‘San Diego Film Critics Society Award’ under the category, ‘Best Ensemble Performance' for the film 'The Perks of Being a Wallflower.’
Continue Reading Below
In 2015, he won the ‘Male Star of the Year’ award at ‘CinemaCon Awards’ for his performance in the film ‘Ant-Man.’ In 2016, he was nominated for ‘Best Actor’ award at ‘Saturn Awards’ for his work in the film ‘Ant-Man.’ 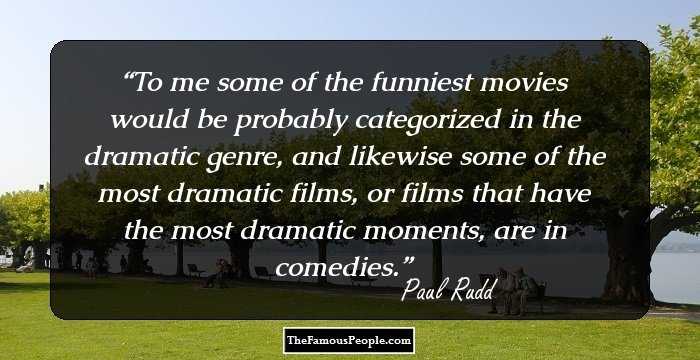 Personal Life & Legacy
In 2003, he married Julie Yaeger, with whom he has two children, a son named Jack Sullivan and a daughter named Darby.
He loves to watch baseball and is a fan of the ‘Kansas City Royals’ baseball team.
He is part of the ‘Sigma Nu Fraternity.’
He often visits his school in Overland Park, Kansas.
Paul supports the ‘Stuttering Association for the Young’ (SAY), a nonprofit organization that works towards helping young people who stutter.
Trivia
This acclaimed American actor and producer was once a DJ at 'Bar Mitzvahs.'

See the events in life of Paul Rudd in Chronological Order