Noor-un-Nissa Inayat Khan, also referred as Nora Inayat-Khan and Nora Baker, was a Second World War British spy of Indian descent who served as a Special Operations Executive (SOE) agent. Noor joined the Women's Auxiliary Air Force (WAAF) and was sent as an Aircraftwoman 2nd Class to undergo training as wireless operator. She was recruited to join SOE’s F (France) Section and posted to the Air Ministry, Directorate of Air Intelligence. Noor eventually became the first female radio operator who was sent by the SOE to Nazi-occupied France to aid the French Resistance during Second World War. In France, Noor worked undercover relaying messages to the Allied forces and co-ordinating crucial missions until she was betrayed by a Frenchwoman, a double agent, leading to her arrest by the Gestapo (German secret police). Although she was subjected to repeated torture, Noor refused to reveal any information. She was finally executed by the Gestapo at Dachau concentration camp. She was posthumously honoured with the George Cross (GC) for her service in the SOE. 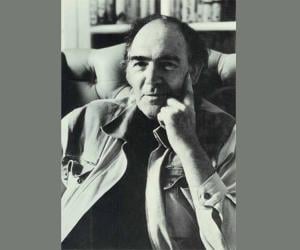 John Gardner
DID WE MISS SOMEONE?
CLICK HERE AND TELL US
WE'LL MAKE SURE
THEY'RE HERE A.S.A.P
Quick Facts

Noor Inayat Khan was born on January 1, 1914, in Moscow, Russian Empire, to Inayat Khan and Pirani Ameena Begum (born Ora Ray Baker) as the eldest of their four children.

Her father was a Sufi Master. He hailed from an Indian Muslim family and his great-great-grandfather Tipu Sultan was ruler of the Kingdom of Mysore. Khan went to the West as a Northern Indian classical musician and eventually emerged as founder of the Sufi Order (presently Ināyati Order) there and taught Universal Sufism. Noor’s mother was an American from Albuquerque, New Mexico. Noor’s parents met through her mother’s half-sister and guardian Pierre Bernard, an American yogi and scholar.

Siblings of Noor included Vilayat, Hidayat and Khair-un-Nissa. Vilayat, founder of Abode of the Message, taught traditions of the East Indian Chishti Sufi sect of Sufism. Hidayat, a classical composer and conductor, served as Representative-General of the International Sufi Movement.

Her family left Russia just before the First World War started in 1914 and settled in the Bloomsbury district in London, UK. She attended nursery in Notting Hill. Her family again relocated to France in 1920. Noor took responsibility of her family after her father died in 1927.

She attended Sorbonne to study child psychology and learned music under tutelage of Nadia Boulanger at the Paris Conservatory. She commenced career in writing poetry and children's stories and regularly contributed to French radio and magazines for children. Inspired by the Jataka Tales, Noor wrote the book Twenty Jataka Tales (1939).

Her family again shifted to the UK after the German troops invaded France during Second World War.

Who Is The Most Popular BTS Member?
Life & Death as an SOE Agent

Noor was greatly influenced by the ideals of pacifism. She and her siblings were raised following the nonviolence policy of Mahatma Gandhi. However at the outbreak of Second World War, Noor and Vilayat resolved to join the war to fight against atrocities of the Nazis. As they were against killing anyone, the siblings decided to involve themselves in the most dangerous positions, which would mean no killing.

Noor joined Women's Auxiliary Air Force (WAAF) in November 1940. She was sent as an Aircraftwoman 2nd Class to undertake training as a wireless operator. In June 1941, she was assigned to a bomber training school.

In early 1943, Noor was inducted in the secret British Second World War organisation Special Operations Executive (SOE) in its F (France) Section and posted to the Air Ministry, Directorate of Air Intelligence, seconded to First Aid Nursing Yeomanry (FANY). She went to Wanborough Manor and then to Aylesbury, in Buckinghamshire and took special training as a wireless operator in occupied territory. Being adept in wireless skills and having had previous wireless telegraphy (W/T) training, Noor became the first woman who was deployed in that capacity as all other woman agents sent prior to her served as couriers.

Although Noor failed to stand out during her mock Gestapo interrogation that was part of her training program and her finishing report was also not quite impressive leading her superiors to hold mixed opinions on whether she was at all suitable for espionage and secret warfare, she impressed her superior and the intelligence officer for F Section Vera Atkins who selected her as a wireless operator for a dangerous mission in Nazi-occupied France.

Responsibilities of Noor included transmitting messages and maintaining a connection between agents in the field and the base in London. As the operators had a high risk of detection, they could not stay in one place for long, however shifting from one place to another with the heavy transmitter, which was sometimes concealed in a suitcase or in a bundle of firewood, was also a risky proposition. In case the operator was caught and searched leading to discovery of the transmitter, there would be no chance of making up a cover story. Life expectancy of operators was six weeks in 1943 and they would be considered lucky to survive two months prior to capture.

Noor, promoted as Assistant Section Officer, was flown to Northern France on June 16/17, 1943, during a night landing double Lysander operation, code name of which was Teacher/Nurse/Chaplain/Monk. She was assigned as a radio operator for the Prosper resistance network in Paris with SOE codename Madeleine and SOE callsign Nurse. She carried out her secret warfare activities in the guise of a children's nurse, Jeanne-Marie Renier, using fake papers in that name.

Starting from June 24, 1943, the Germans began to round up the Prosper network leading to its destruction and arrest of hundreds of its associates besides death of many. Although Noor, who was in radio contact with London, was offered to be flown back home, she chose to remain in France as she thought that there was no other radio operator left in Paris besides her. She was allowed to stay back and instructed only to receive signals and not to transmit.

Although Noor worked through the summer shifting from one place to another avoiding capture, she was ultimately betrayed by either Henri Déricourt or Renée Garry leading to her arrest by the Gestapo on or around October 13, 1943. She was interrogated at the Sicherheitsdienst (SD) headquarters in Paris during which time she made two unsuccessful escape attempts.

As testified by former head of the SD in Paris Hans Kieffer following the war, Noor consistently lied and did not give any information to the Gestapo. She however unwisely kept copies of all the messages she had sent as an SOE agent and although she refused to reveal any secret codes to the Germans, they gained enough information from such secret signals that enabled them to trick London in sending false messages. This resulted in unnecessary deaths of several SOE agents who were sent from London to France only to be captured and killed by the Gestapo.

On November 27, 1943, Noor was sent to Germany "for safe custody" and was kept in chains in solitary confinement as a Nacht und Nebel prisoner for ten months at Pforzheim.

Noor along with fellow agents Eliane Plewman, Madeleine Damerment and Yolande Beekman were suddenly transferred to Dachau concentration camp on September 12, 1944, and the four women were executed at dawn next morning.

In October 1946, while Noor was still considered missing, her name was Mentioned in Despatches. She was posthumously honoured with the George Cross in 1949, marking her as third of the three Second World War FANY members who were awarded this second highest award of the United Kingdom honours system.

Her bronze bust was unveiled in Gordon Square Gardens, London, on November 8, 2012, by the Princess Royal. A stamp was also issued in her honour on March 25, 2014. It formed part of a set of stamps about "Remarkable Lives". An announcement was made on February 25, 2019, that Noor would be honoured with a blue plaque at her 4 Taviton Street home in Bloomsbury. It was the same house from where she left for her warfare secret mission and also the one address of which she etched onto her bowl while she was in prison so that she could be identified. A virtual ceremony was held on August 28, 2020, to unveil the plague. The event was aired on Facebook page of English Heritage at 7 pm.

Radio 4 broadcast a play written by Patrice Chaplin on Noor as an afternoon theatre production in November 1980.

Noor’s character found place in Shrabani Basu’s 2006 biography Spy Princess: The Life of Noor Inayat Khan; in the poems Resistance and A Tribute To The Illuminated Woman of World War II posted by American poets Stacy Ericson and Irfanulla Shariff on September 6, 2010 and March 3, 2013 respectively; in the one hour biographical docudrama Enemy of the Reich: The Noor Inayat Khan Story that aired on PBS in 2014; in the January 5, 2020, episode Spyfall, Part 2 from Doctor Who, series 12; and in the 2020 film A Call to Spy.

Agent Madeleine, a play that premiered at the Ottawa Fringe Festival in 2018, was based on the life and death of Noor with certain deviations from facts.