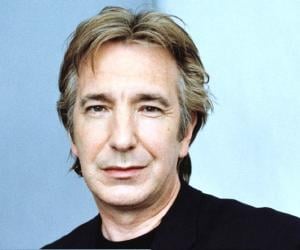 Who was Nicholas Parsons?

Nicholas Parsons was an English actor and a radio/television presenter best known as the long time host of the television game show titled ‘Sale of the Century’. Nicholas was born in Lincolnshire into an affluent family indulged in the medical profession. Despite suffering from dyslexia as a kid, Nicholas excelled in academics and was on his way to become a mechanical engineer. However, he loved acting and impersonating famous personalities, which led him to do stage acting for fun. He eventually decided to pursue it as a full-time career and in the mid-1940s, he began his film career appearing in films such as ‘Master of Bankdam’ and ‘Simon and Laura’ among others. However, he found wider fame with his television and radio gigs. For a decade, starting from the mid-1950s, he was the straight man to comedian Arthur Haynes for many ITV television series’. He was also known for hosting the game show titled ‘Sale of the Century’. On the radio, he hosted many shows for BBC Radio, such as ‘Just a Minute’ and ‘Listen to this Space’. He remained associated with the show ‘Just a Minute’ for many decades until 2019. He has been honoured with a Commander of the Order of the British Empire. Nicholas Parsons was born Christopher Nicholas Parsons, on October 10, 1923, in Grantham, Lincolnshire, to Paul and Nell Parsons. He was born as the middle child among three children in the family and grew up with a brother and a sister. Nicholas’ father was a general practitioner who claimed that he had delivered the former Prime Minister of the UK, Margaret Thatcher. However, the claim was never proven. Nicholas’ mother was a nurse.

Nicholas’ was a weak child in school who suffered from many issues, such as dyslexia and stuttering. However, despite that, he excelled in academics. He also faced difficulties in writing as he was made to write from his right hand, even though he was left-handed since birth.
However, Nicholas focused hard on academics and also found a way to deal with many of those psychological issues. He became a class clown and developed sharp memory, which also turned out to be extremely useful for him when he became an actor.
While in school, he had become interested in acting, but his parents were against that. His parents were scholars and hence, Nicholas was expected to follow the same path. Following his graduation from high school, he began working as an engineering apprentice at a local marine pumps factory.
While working at the factory, in Glasgow, he also enrolled into the University of Glasgow to study engineering. However, as the years passed, he became more disinterested in academics and he began working on his craft as a performer.
He did not complete his college degree and while working at the factory, he learned the details of mechanical engineering. He left the college and applied to work as an engineer in the Merchant Navy during World War II. However, he fell seriously ill right before joining the navy. He was suffering from pleurisy and the doctors had said that there was a 50 percent chance of his survival. However, he recovered and began looking for a career in the entertainment field.
Continue Reading Below
You May Like

British Actors
Male Tv Presenters
British TV Presenters
Male Media Personalities
Career
While he was working in the factory, he had performed a few programs at some local venues and eventually he got better at it. One of his performances caught the attention of Carroll Levis, a famous impresario. Carroll invited Nicholas to appear on his radio show.
Following his recovery from pleurisy, he began working as a mechanical engineer in the daytime and in the evenings, he performed as an entertainer. He became increasingly attracted to performing arts and eventually he quit his day job as a mechanical engineer.
He moved to London and worked in the repertory theatre on the West End stage where he worked as a comic. He later worked at the Windmill Theatre, where he did many comic impersonations of popular actors, thus gaining fame.
In 1947, he made his film debut playing a supporting role in the film titled ‘Master of Bankdam’, a historical drama film where he played Edgar Hoylehouse. He took a huge gap before appearing in another film, appearing in the 1954 film titled ‘To Dorothy a Son’. He later made uncredited appearances in films such as ‘Simon and Laura’ and ‘An Alligator Named Daisy’.
More than his television or film career, his radio presenting career flourished in the 1950s. He appeared on the popular radio programme titled ‘Much-Binding-in-the-Marsh’. Around the same time, he also kept working in films.
Throughout the 1950s, he kept playing small/supporting roles in films such as ‘Eyewitness’, ‘The Third Key’ and ‘Brothers in Law’.
Nicholas made his television debut in 1951, with the series titled ‘The Passing Show’, where he was seen playing Robert MacKay in two episodes. Later in the same year, he appeared in 21 episodes of the series’ titled ‘The Eric Barker Half-Hour’.
Later in the mid-1950s, he was seen playing various roles in the comedy-drama series titled ‘Look At It This Way’. In 1955, he further made a lengthy appearance in the comedy series titled ‘Here and Now’.

Despite working in television and films continuously throughout the 1950s, and even after receiving praises for his performances, he was still unable to fetch substantial roles. He awaited a breakthrough. He somehow became popular in the 1950s for his voice role as the puppet named Tex Tucker in the popular children’s comedy show titled ‘Four Feather Falls’.

In the mid-1950s, he began appearing as comedian Arthur Haynes’ straight man for many ITV television series, where his talents were recognized for the first time by a wide audience. A straight man is a stock character generally used during comic performances, and usually, the humour erupts from the deadpan expression of the straight man when the main comedian behaves eccentrically.

However, after working together for 10 straight years, the partnership ended. During the final years of their association, the two appeared together in the show titled ‘The Ed Sullivan Show’. Nicholas went on working for stage productions after he parted ways with Arthur Haynes.
In 1968, he became a regular cast member on ‘The Benny Hill Show’, a comedy show starring Benny Hill in the main role. The sketch comedy show was extremely popular during its early years from the late 1960s to the early 1970s. It was also one of the most-watched British shows during its peak years. Nicholas appeared on the show until 1971.
In the late 1960s, he also maintained his popularity on radio, when he presented the BBC Radio 4 show titled ‘Listen to This Space’. The show received some good ratings and was said to be too unique for its time.
In 1971, he also began presenting a television game show titled ‘Sale of the Century’. He remained attached to the show throughout its first edition. The show was a major success, both critically and commercially.
In the late 1960s, he also began hosting the radio show titled ‘Just a Minute’. Barring a few instances, Nicholas was the regular host of the show until 2019. However, on a few occasions, he also served as a panellist on the show.
In the later decades, he appeared playing guest roles on series’ such as ‘The Comic Strip’, ‘Cluedo’, ‘ Bodger and Badger’, ‘Doctor Who’, ‘Marple’ and ‘Comedy Lab’.
For his services in the field of entertainment, he has been honoured with an Officer of the Order of the British Empire and was later promoted to the Commander of the Order of the British Empire.
In addition to his film, radio and television work, Nicholas has served as the Rector of the University of St Andrews, chairman of the International Quizzing Association, a patron of the British Stammering Association and the director of the charity Lord’s Taverners.
Recommended Lists:

British Media Personalities
British Film & Theater Personalities
Libra Men
Personal Life & Death
Nicholas Parsons married Denise Bryer, an actress, in 1954 and the couple had two children. In 1989, the couple divorced and a few years later, in 1995, Nicholas married Ann Reynolds.
Nicholas had a lifelong fascination with clocks. When he was young, he repaired a grandfather clock in his house, which led his parents to think that he had a great future in engineering.
He is an avid cricket fan. He played cricket in his free time and supported the English cricket team.
He published an autobiography titled ‘The Straight Man: My Life in Comedy’, in 1994.
Nicholas passed away after a short illness, on January 28, 2020.
You May Like

See the events in life of Nicholas Parsons in Chronological Order