Advanced Search
Natalie Dormer is an English actor, who made a name for herself in Hollywood. She became famous for her role of ‘Anne Boleyn’ in ‘The Tudors.’ She also became popular for her roles in ‘Captain America: The First Avenger,’ ‘Game of Thrones,’ ‘Elementary,’ and ‘The Hunger Games: Mockingjay.’ Although she is a private person, her career in the entertainment industry has been quite diverse and sometimes controversial. She continues to choose interesting projects, both on stage and in films. One of her latest projects is ‘Picnic at Hanging Rock,’ a miniseries based on an Australian novel by Joan Lindsay. She is also a feminist and is associated with many charitable activities. British People
British Women
University Of Cambridge
British Actresses
Aquarius Actresses
Childhood & Early Life
Natalie Dormer was born on February 11, 1982, in Berkshire, England. Her mother, Claire Richards, is a housewife and her father,Gary Dormer, was a computer programmer and is now retired. Natalie has brother, Mark, and a sister, Samantha.
During her childhood, she was interested in many activities, such as dancing, fencing, and public speaking. She described herself as the most likely to succeed in an academic life in her family.
She attended the ‘Chiltern Edge Secondary School’ and later moved to the ‘Reading Blue Coat School.’ She was a good student and even became the vice-captain of the school’s netball team and a member of the public-speaking team. Despite all this, she once stated that she had been a victim of bullying in school. She also took dance classes at the ‘Allenova School of Dancing,’ but that turned out to be just a hobby later.
She had earned a chance to study at ‘Cambridge,’ provided she performed well in a series of exams. Unfortunately, because she misread one of the questions, she did not manage to get an A in her A-level history exam. With ‘Cambridge’ out of the picture, she turned her attention to drama schools and ended up at the ‘Webber Douglas Academy of Dramatic Art’ in London. She made her stage debut with ‘The Comedy of Errors.’ 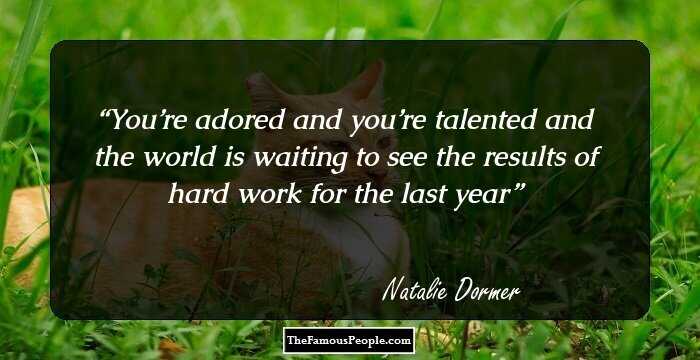 Continue Reading Below
Career
Her first film was ‘Casanova,’ a period drama. She got the role 6 months after graduation. Following this, she was unemployed for a while. As a result, she had to take temporary jobs as a waitress and a data entry operator to make a living. She considered that a life lesson and fought to get back to acting jobs.
The first big step in her career came in 2007, when she was chosen to play ‘Anne Boleyn’ in ‘The Tudors.’ The series earned her many good reviews and some controversial opinions. At the end of the second season, her character died. Following this, the ‘Boston Herald’ noted, “her departure from The Tudors leaves a tremendous void.”
In 2008, her career continued to advance, as she was cast in ‘Agatha Christie’s Marple: ‘Why Didn’t They Ask Evans?’ and in ‘City of Life.’ Then in 2010, she appeared on stage at the ‘Young Vic,’ in the play ‘Sweet Nothing,’ which pleased the critics and improved her professional image. Around the same period, she appeared in Madonna’s film ‘W.E,’ which featured her as the ‘Duchess of York.’ She also appeared in ‘Captain America: The First Avenger.’
Another huge breakthrough came in 2012, when she got the role of ‘Margaery Tyrell’ in the extremely popular series ‘Game of Thrones.’ She delivered a great performance every season, until 2016, and even won the ‘EWwy Award’ (now known as the ‘Poppy Award’) for the ‘Best Supporting Actress – Drama’ for her performance in the third season. Interestingly, she had originally auditioned for another part and got rejected. They offered her the part of ‘Margaery Tyrell’ instead.
Natalie is also interested in audio stories, as she participated in the radio play ‘Neverwhere.’ She also continues to act on stage, as she did in 2012, when she returned to the ‘Young Vic’ to perform in ‘After Miss Julie,’ which was a big success in the eyes of critics and the public.
Some of her most notable projects are ‘Rush,’ ‘The Counselor,’ and ‘Elementary.’ She is also known for her appearance as ‘Cressida’ in ‘The Hunger Games: Mockingjay.’ She also delivered great performances in ‘The Scandalous Lady W,’ ‘The Professor and the Madman’ and ‘The Forest.’
She voiced the character ‘Margaery Tyrell’ in the video game based on the series ‘Game of Thrones.’ She also lent her voice to the character ‘Dr. Lexi T’Perro’ in the video game ‘Mass Effect: Andromeda.’ 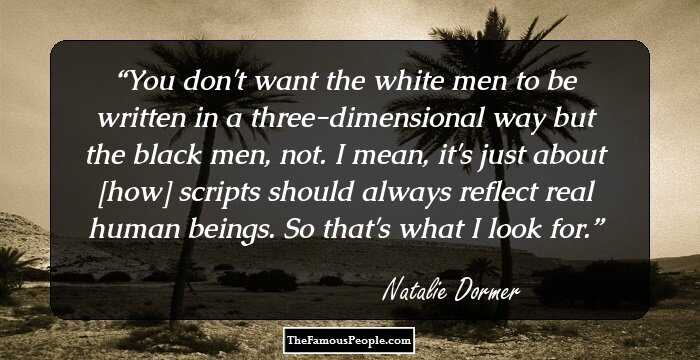 Controversy
There were a lot of comments about her role in ‘The Tudors,’ especially about the amount of nudity involved. She defended herself by saying that when she got the part, she was so happy just to get an acting job that she did not consider anything else. She also claimed that she did not know how the script was going to evolve. She also stated that there was a lot of male nudity, too, and that it was natural because nudity and sex are part of life.
Family & Personal Life
Natalie Dormer continues to keep her personal life away from the media. She also tries to make as few statements in the media and on the internet as possible, because her words have often been taken out of context and she has ended up being wrongfully criticized. She is believed to be engaged to film director Anthony Byrne, whom she had met in 2007 while filming ‘The Tudors.’ There were also some rumors about her being pregnant, but the actor has made no comments regarding the issue. 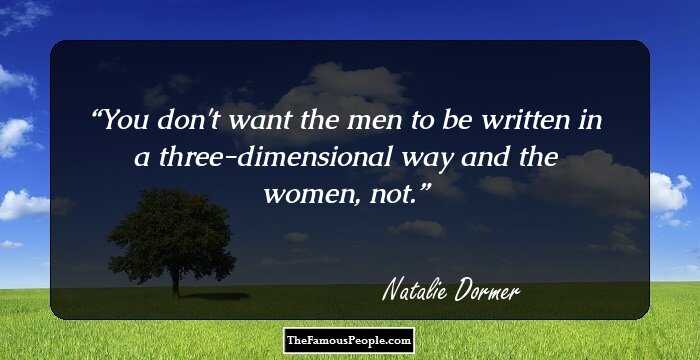 Trivia
She has an interesting family tree and is part-Norwegian and part-Welsh.
Natalie is from the same hometown as Kate Winslet and Kenneth Branagh.
She was a member of the ‘London Fencing Academy.’
The actor is a passionate poker player and even finished second at the 2008 ‘PartyPoker.com Women’s World Open’ in London.
She has a tattoo on her left forearm, inspired by the novel ‘Dune.’ The tattoo reads “Fear is the mind-killer.”

Quotes By Natalie Dormer | Quote Of The Day | Top 100 Quotes

See the events in life of Natalie Dormer in Chronological Order