Nancy Grace is an American television journalist and legal commentator, best known for hosting a television show titled Nancy Grace. Born and raised in Georgia, she aspired to become an English professor and completed her M.A. degree from the Mercer University. However, when her fiancé was murdered when she was 19, it compelled her to change the course of her career, and she ended up doing law. After working as a prosecutor at the Georgia District Attorney’s office for a decade, she began her television hosting career in the mid-1990s. She began with hosting legal shows for Court TV, but earned massive fame in the mid-2000s, when she began hosting the show Nancy Grace. Her hyperactive, loud, and aggressive style of reporting and interviewing made the show a big success among the masses. However, it also invited a lot of controversies for her as she was accused of demeaning the professions, as an attorney and a journalist. She has also made appearances on television shows, such as Law & Order and Dancing with the Stars and has authored two New York Times Bestseller books. Nancy Grace was born on October 23, 1959, in Macon, Georgia, USA, to Mac and Elizabeth Grace. Her father worked as a freight agent for Southern Railway, while her mother worked in a factory. She was born as the youngest children among three and was raised as an ardent Methodist.

Her family, including Nancy’s parents, was associated with the Macon’s Liberty United Methodist Church for a long time. Her father was a Sunday teacher there, while her mother played organ.

Nancy did well in academics and attended high school at the Windsor Academy, Georgia. She graduated in 1977 and attended Valdosta State Academy. She had aspired to become an English professor and hence, in college, she graduated with a B.A. degree in English Literature from the Mercer University. In college, she was heavily influenced by Shakespearean literature.

One particular incident, however, changed the course of her aspirations and her career. Her fiancé, Keith Griffin, was murdered when she was 19 years old. She began her studies in law following the incident and pursued a law degree from the Mercer University, eventually receiving her J.D. degree.

She further contributed columns for her college Walter F. George School of Law’s magazine Law Review. For further studies, she moved to New York and completed her M.A. degree in criminal and constitutional law. She further contributed articles to the American Bar Association Journal. She aspired to become a supporter of victims’ rights and a felony prosecutor.

Following her graduation from the college, Nancy Grace began working at the office of the federal court judge as a clerk for some time. Further, she also worked at the Federal Trade Commission, and practiced consumer law and antitrust laws. She also briefly taught litigation at the Georgia State University and business law at the GSU’s School of Business.

She later worked in the office of Georgia District Attorney at the Atlanta-Fulton County as a special prosecutor. She, famously, did not lose a single case. Most of the cases she handled were rapes, serial murders, arsons, and child molestations.

She also volunteered on a troubled-women’s helpline number. However, the district attorney under whom she was working decided not to run for a re-election and that caused her to quit the office as well.

Despite her reputation of being invincible in the court, she got into some trouble in 1997. In relation to an arson and murder case, she was reprimanded by the Georgia Supreme Court for using improper statements and withholding evidence from the court.

Some irregularities were also found in a 1990 triple murder case where it was found later that Nancy Grace had withheld the evidences and played fast and loose. However, the murder conviction was upheld despite Nancy’s proven misconducts of the case, also involving getting a police officer to lie under oath in the court.

In the mid-1990s, she was approached by Steven Brill, founder of the Court TV, to do a legal commentary show on the channel. She was supposed to feature on the show alongside Johnny Cochran, but when Johnny left the show, she moved ahead to feature by herself in the solo trial coverage show titled Trial Heat.

Nancy Grace’s biggest claim to fame was her hosting stint with the show called Nancy Grace, a regular primetime legal analysis show broadcasted on CNN. The show began airing in February 2005 and it became an immediate favorite among the audience.

She was working for Court TV and Nancy Grace at the same time and when the work became too difficult to handle, she quit the former and gave all her attention to Nancy Grace, which was becoming a hugely successful legal show.

For her Court TV show, she was presented with two Gracie Awards by the Foundation of American Women in Radio & Television.

One of the reasons for her growing fame and popularity was her aggressive coverage and the blatant discussions on the most controversial topics of the time. Steadily, she became a household name causing the show’s ratings to shoot up.

In 2010, she began hosting another show titled Swift Justice with Nancy Grace, which began airing in September 2010. In 2011, the show decided to move its production from Atlanta to Los Angeles. Nancy decided against it and left the show.

On July 5, 2011, Nancy Grace witnessed its highest ever ratings when Nancy covered the Casey Anthony case’s final verdict. She had been following the case for a long time and when the court ruled a “not guilty” verdict, her extreme reaction to the judgment caused a stir.

In October 2016, she hosted the last episode of Nancy Grace. Although she was a hugely successful host, she landed herself in a lot many controversies during her time on the show.

Jonathan Turley, a George Washington University professor, criticized her style of reporting, saying that she was demeaning both the professions, that of a reporter and attorney through her extremely hyper persona. He was specifically referring to her handling of the Elizabeth Smart case and Caylee Anthony case among others.

When marijuana was legalized in the state of Colorado in 2014, she covered the report extensively and further landed herself in trouble. She used words such as fat and lazy to address marijuana users, depicting them in an extremely negative light.

In October 2016, she was invited to be interviewed on The Jim Norton and Sam Roberts Show. She was dealt with very strongly by the interviewers and was accused of using other people’s tragedy for her personal gains. Other difficult questions were asked. Nancy later said that the interview was “hell” for her and that she hardly held back her tears.

Other than her legal shows, she has made quite a bit of television appearances. In 2011, she appeared on the dancing reality show Dancing with the Stars as a contestant. She lasted for eight weeks on the show and was eliminated just before the semi-finals. She, along with her partner, earned the fifth spot by the end of the season.

She played herself in an episode of the show Law & Order and two episodes of the show Raising Hopes, in 2007 and 2012 respectively.

In addition, she also made an appearance in the Hollywood superhero film Hancock.

In 2005, she published her first book titled Objection! In the book, she discussed how the mafia, celebrity defendants and high profile attorneys were affecting the American criminal justice system. The book went on to become a New York Times bestseller.

Her first fiction book titled The Eleventh Victim, a mystery thriller, was published in 2009. Despite getting average reviews, the book was also a New York Times bestseller.

Nancy Grace met David Linch, an investment banker, while she was studying at the Mercer University. They kept in touch through the decades. Nancy, after the death of her fiancé, had given up on marriages, but she decided to marry David in 2007. The couple got married on April 21, 2007 in a small ceremony. In November 2007, she gave birth to twins, John David and Lucy Elizabeth.

See the events in life of Nancy Grace in Chronological Order 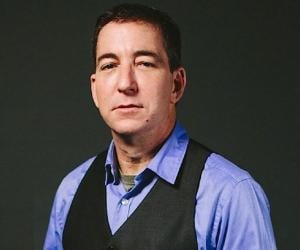