Luis Ignacio Urive Alvirde, better known as Mistico, is a Mexican professional luchador (masked professional wrestler) currently affiliated with the lucha libre promotion ‘Consejo Mundial de Lucha Libre’ (CMLL). Born in a wrestling family, Urive was trained by his father and uncle before starting his career in CMLL. He experienced a meteoric rise through the promotional ranks, becoming their top draw within a few years of his debut. Mixing classic high-flying luchador style of wrestling with a charismatic in-ring presence, he has become one of the most influential luchadors of all time and a cultural icon in Mexico. In the height of his career, he signed with ‘World Wrestling Entertainment’, the biggest wrestling promotion in the world, where he got the chance to work alongside the likes of John Cena, Daniel Bryan, Sheamus, and Rey Mysterio Jr. After leaving WWE, he worked on the independent circuit and with Lucha Libre AAA Worldwide, before eventually returning to CMLL. Besides “Mistico,” he has also adopted several other rings names in his career spanning two decades; he has been Dr Karonte Jr., Astro Boy, and Caristico in CMLL, and was billed as Komachi when he worked for the Japan-based promotion ‘Michinoku Pro.’
Continue Reading Below Mexican People
Male Wrestlers
Mexican Wrestlers
Male Sportspersons
Mexican Sportspersons
Childhood & Early Life
Luis Ignacio Urive Alvirde was born on December 22, 1982, in Mexico City, Mexico. His father is Manuel Almanza, a former wrestler who used the ring name Dr Kaaronte. All of his brothers are or were active luchadors, and his uncle, Tony Salazar, is a CMLL booker.
Continue Reading Below
You May Like

The Hottest Male Celebrities With The Best Abs
Career
On April 30, 1998, he debuted on the wrestling scene as Dr Karonte Jr., a name he inherited from his father. Two years later he changed his ring name to Astro Boy in memory of his older brother, the original Astro Boy, who had passed away a few months earlier.
In 2004, he was reintroduced as Mistico, an orphan disciple of the wrestling priest Fray Tormenta. He won the 2004 ‘Gran Alternativa’ tag team tournament with veteran El Hijo del Santo as his partner, which led Mistico to be nicknamed El Principe de Plata y Oro (the Prince of Silver and Gold in English). After this, he was involved in a feud against the top heel groups of the promotion, ‘Los Guerreros del Infierno’ and ‘La Furia del Norte’.
He defeated Guerreros’ member Averno to win his first title, the ‘NWA Middleweight Championship’ on February 11, 2005. His first single main event match was against Guerreros’ leader Último Guerrero, which he won and went on to form a tag team with newly turned face Dr Wagner Jr.
By the end of 2006, Mistico was turning out to be the biggest wrestling star in Mexico, starring in eighteen major CMLL show events. He lost the ‘NWA Middleweight Championship’ match to Black Warrior on May 12, but won their mask versus mask rematch on September 29 in the main event of the ‘CMLL 73rd Anniversary Show’. He won his first ‘Leyenda de Plata’ this year.
The first offer for a contract from WWE came in 2007, but he had to turn it down due to his commitments to CMLL.
In March 2008, Mistico showed interest in joining ‘Total Nonstop Action Wrestling’, but that led to nowhere due to his existing contract with CMLL. In July, he went to China to attend Beijing International Martial Arts Training Camp, where he trained under Belgium-based martial arts instructor Mike Martello.
He fought and won a cage match at the ‘Festival Mundial de Lucha Libre (World Festival of Wrestling) Championship’ on December 11, 2009, against El Texano Jr., Hijo del Fantasma, Naito, El Sagrado, Blue Panther, El Terrible, and El Felino.
In January 2010, Mistico, a face, formed a tag team with Averno, a heel, to compete in Torneo Nacional de Parejas Increibles (National Amazing Pairs tournament). Throughout the night of the event, he displayed classic heel behaviours, slowly turning his character into one for the first time in his career.
He fought as a full heel against Volador Jr. in a ‘Super Libre’ (match with no rules) match on February 5, 2010. In March 2010, following his loss at the main event of the ‘2010 Homenaje a Dos Leyendas’, he turned face again.
Continue Reading Below
He did three tours with New Japan Pro Wrestling (NJPW) in 2009, working with Shinsuke Nakamura, Jushin Thunder Liger, Tetsuya Naito and more.
Since joining WWE in January 2011, Urive, now billed as Sin Cara, struggled to adapt to the American style of wrestling prevalent in the promotion. He also refused to learn English. This led to a contention between him and the management, and due to the lack of an ideal mean of communication with non-Mexican-speaking wrestlers, he kept missing spots and botching up moves. He had in his in-ring debut in WWE on April 11 against Primo.
On July 18, WWE announced Sin Cara’s 30 days suspension for failing their ‘Wellness Policy’ test. Urive was replaced under the mask with WWE developmental wrestler Jorge Arias. Urive returned on September 16 on Smackdown and started a feud with Arias. He was eventually released on March 26, 2014.
Urive made his first appearance on an AAA show on February 21, 2014, confirming the reports from ‘Wrestling Observer’ that he has joined the promotion, but didn’t get involved in the storyline because of a WWE non-compete clause. He was given a new ring-name, Myzteziz, and he made his in-ring debut on June 7. He left the promotion in 2015.
On October 25, 2015, Urive announced that he has taken a new ring-name, Caristico. He returned to CMLL on December 12, 2015. He won the inaugural ‘Lucha Libre Elite Middleweight Championship’ on May 21, 2016. He teamed up with Soberano to win the ‘2017 Gran Alternativa’ tournament.
Awards & Achievements
Urive, as Mistico, is the four-time ‘CMLL World Tag Team Champion’ (twice in 2006 and twice again in 2008), two-time ‘NWA World Middleweight Champion’ (2005, 2007), one-time ‘CMLL World Welterweight Champion’ (2007), and one-time ‘Mexican National Light Heavyweight Champion’ (2007). He won CMLL’s most prestigious annual tournament, ‘Leyenda de Plata’, thrice consecutively in 2006, 2007, and 2008.’
’Pro Wrestling Illustrated’ listed him at #3 position in their list of the top 500 wrestlers of 2007.
’Wrestling Observer Newsletter’ named him the Best Box Office Draw, the Wrestler of the Year, and Best Flying Wrestler in 2006. He was also hailed as the Best Box Office Draw of the Decade (2000-2009) by the newsletter.
While working for ‘NJPW, he won the promotion’s ‘IWGP Junior Heavyweight Championship’ in 2009.
He and Sin Cara Negro received a ‘WWE Slammy Award’ for double vision of the year in 2011.
Controversies & Scandals
At a show in Mexico, Mistico was approached by fellow Mexican professional wrestler Alberto Del Rio backstage about what Del Rio viewed as lacklustre attitude on Mistico’s part. It was reported that during the confrontation, one of Mistico’s friends drew a gun on Del Rio. Mistico later apologised to him for the incident.
Trivia
Every ring name that Urive has taken, someone else has used it before or after him.
There is a comic book about Mistico that portrays him as an urban hero.

See the events in life of Mistico in Chronological Order 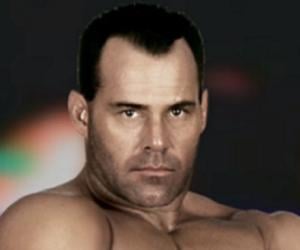