Mikhail Nikolayevich Baryshnikov, also known by nickname ‘Misha’ is a Russian- American ballet dancer, who is regarded as one of the best ballet dancers of all time. As an artist, along with mastering ballet, he is known to promote contemporary dance and re-choreograph traditional ballet dance forms. He began undergoing training in ballet dance since the age of eleven. Very soon, he received major opportunities with renowned choreographers and his performances earned him popularity in the Soviet Union. In his quest to explore contemporary dance, he moved to Canada in 1974 and later to the United States of America. Here, after spending years as a freelance dance artist, he served as the primary dancer and later as dance director of prestigious dance centers like the New York City Ballet and the American Ballet Theatre. Throughout his career, he has had the opportunity to work with renowned artists like Oleg Vinogradov, Igor Tchernichov, Jerome Robbins, Alvin Ailey, and Twyla Tharp to name a few. In 1990, he co-founded a touring company of dancers named ‘White Oak Dance Project’. He has also made several appearances in television and films.
Continue Reading Below 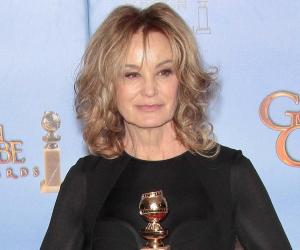 American People
Russian People
American Men
Russian Men
Russian Dancers
American Dancers
Childhood & Early Life
Mikhail Nikolayevich Baryshnikov was born on 28 January 1948, in Riga, Latvia, to Russian couple Nikolay Baryshnikov, an engineer, and Alexandra, a dressmaker. At that time, Latvia was part of the Soviet Union.
He had a difficult childhood as he did not get along well with his father and his mother committed suicide during his early teenage years. However, later he drew inspiration from his father’s discipline, manners and military habits.
He began taking lessons in ballet dancing at the age of 11. In 1964, he joined a school of classical ballet named the Vaganova School in Leningrad. He got the opportunity to learn from the well-known choreographer Alexander Pushkin.
In 1966, he won the gold medal in the junior division at the Varna International Ballet Competition which is one of the most prestigious ballet competitions in the world.
Continue Reading Below
You May Like

The Hottest Male Celebrities With The Best Abs
Career
In 1967, Mikhail Baryshnikov joined the Kirov Ballet as a soloist. His performance and technique was well appreciative and thus he did not have to undergo the routine apprenticeship. He made his first stage performance with ‘Giselle’.
Taking note of his versatility and perfection in technique, several choreographers choreographed ballet performances for him. In this manner he has worked with artists Igor Tchernichov, Oleg Vinogradov, Leonid Jakobson and Konstantin Sergeyev.
Later, as he became the premier danseur noble of Kirov Ballet he played the leading roles in ‘Gorianka’ (1968) and ‘Vestris’ (1969). The roles that he depicted in these performances were exclusively choreographed for him and went on to be among his signature pieces.
He was very well-known among Soviet audiences, however, he was growing uncomfortable with several restrictions that were imposed on him like the ban on his performance of contemporary foreign ballet.
In 1974, in the midst of a dancing tour in Canada with Kirov Ballet, he requested refuge in Toronto, stating that he would not go back to the USSR. He subsequently joined the Royal Winnipeg Ballet.
Within two years of moving to Canada, he got the opportunity to work with several creative choreographers and explored the synchronization of traditional and contemporary technique. During this period he worked as a freelance artist with popular choreographers like Alvin Ailey, Glen Tetley, Twyla Tharp and Jerome Robbins.
Between 1974 and 1978, he was associated with the American Ballet Theatre as principal dancer partnering with ballerina Gelsey Kirkland. During this period he improvised and choreographed Russian classics like ‘The Nutcracker’ (1976) and ‘Don Quixote’ (1978).
He made his debut performance in television in 1976 in ‘In Performance Live’ with Wolf Trap. The following year TV network CBS purchased his popular ballet theatre performance of ‘The Nutcracker’ for television.
Between 1978 and 1979, he worked with the New York City ballet under choreographer George Balanchine. Here, several ballet roles were designed for him like the roles in Jerome Robbins’s ‘Opus 19: The Dreamer (1979)’, ‘Other Dances’ and Frederick Ashton’s ‘Rhapsody’ (1980). He also made regular guest performances with the Royal Ballet.
Continue Reading Below
In 1980, he returned to American Ballet Theatre and served as Artistic Director until 1989.
From 1990 to 2002, he was associated with the White Oak Dance Project, a touring dance company as the Artistic Director, a dance company co-founded by himself and dancer and choreographer Mark Morris.
Between the 1970s and the 1980s he made several appearances on television with ballet performances on shows like ‘Live from Lincoln Centre’ and ‘Great Performances’. His first movie role was in ‘Turning Point’ in 1977. The performance was appreciated and he received an Oscar nomination for the same.
Other movies that he was part of include ‘White Nights’ (1985), ‘That’s Dancing!’ (1985), ‘Dancers’ (1987), and ‘Company Business’ (1991). He also played a part in the last season of television series ‘Sex and the City’ (2003-2004).
In 2005, he founded an art complex named Baryshnikov Arts Center. It provides production facilities and space for performing arts like music, theatre, dance, film design etc.
In 2006, he appeared on an episode of Sundance Channel’s series ‘Iconoclasts’. The following year the PBS News Hour with Jim Lehrer featured an episode of Mikhail Baryshnikov and his arts center.
Awards & Achievements
In 1999, he was elected as a Fellow of the American Academy of Arts and Sciences.
He was awarded the National Medal of Arts by the United States Congress in 2000.
In 2003, he was awarded the Prix Benois de la Danse by the International Dance Association in Moscow for lifetime achievement.
In 2012, he received the Vilcek Prize in Dance by the Vilcek Foundation.
He is the recipient of honorary degrees from prestigious universities like the New York University (2006), Shenandoah University (2007) and Montclair State University (2008).
Personal Life & Legacy
Mikhail Baryshnikov was born a Russian citizen and became a naturalized citizen of the United States in 1986.
He was in a relationship with American actress Jessica Lange. The couple had a daughter in 1981, and was named Aleksandra Baryshnikova.
He is known to have had romantic relationships with former ballerinas Natalia Makarova and Gelsey Kirkland.
He was in a long-term relationship with former ballerina, writer and video journalist Lisa Rinehart. They married in 2006. The couple has three children: Peter (born in 1989), Anna (born in 1992) and Sofia (born in 1994).
You May Like

See the events in life of Mikhail Baryshnikov in Chronological Order