(Known for His Roles in Films ‘Next Friday’,’ The Hangover’ and 'The Hangover Part III')

Michael Elliot "Mike" Epps is an American stand-up comedian, actor, film producer, writer and rapper. He is regarded as one of the funniest comic actors to emerge in the Hollywood scene as of late. A major portion of his fame happened with his association with several Ice Cube films, including Next Friday, How High Friday After Next, and All About the Benjamins. Apart from featuring with Ice Cube, all of these films have hilarious marijuana-smoking comic characters like the ones portrayed by Epps. Born in Indianapolis, he began performing stand-up as a teenager. He starred in Def Comedy Jam while his first major film role was in Vin Diesel's Strays, a dramatic portrayal of relationships and drugs. He had several other feature-film appearances including Bait and 3 Strikes. He performed the voice of Sonny in Dr. Dolittle 2. As he gained more recognition, his comedic talent began to blossom, as demonstrated in, All About the Benjamins, Friday After Next, The Honeymooners, Talk to Me, The Hangover, and Sparkle. In addition, he has appeared in many videos and has guest starred on several rap and hip-hop songs, including "A Bay Bay" by Hurricane Chris. He has a song to his credit too. American People
Comedians
Black Actors
Black Comedians
Stand-up Comedians
Childhood & Early Life
Epps was born on November 18, 1980 at Wishard Hospital in Indianapolis, Indiana, to Mary Reed and Tommy Epps. His natural comedic ability was recognized at an early age, and he began performing stand-up as a teenager.
Unfortunately, the talented comedian got into trouble as he got involved with gangs, dropped out of high school, and served 18 months on drug charges which made him focus on a career as an entertainer. 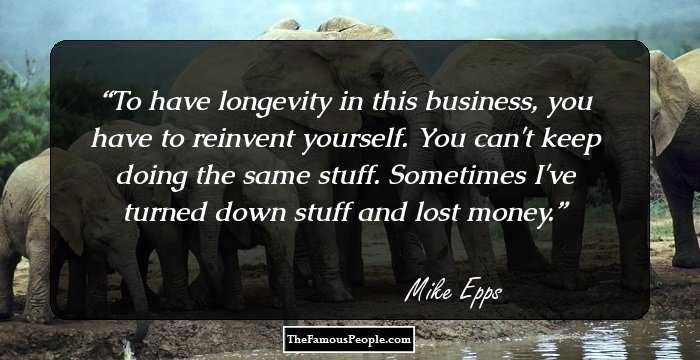 Quotes: Money, Yourself, Business
Continue Reading Below
Career
Epps moved to Atlanta and worked at the Comedy Act Theater. He moved to Brooklyn to star in Def Comedy Jam in 1995 in two of HBO's Def Comedy Jam broadcasts.
He made his film debut in Vin Diesel’s 1997 directorial debut ‘Strays’, which is about a drug dealer and hustler who, fed up with the monotony of his life, searches for a meaning in his life.
In 2000, he appeared in cameos in the screwball comedy ‘3 strikes’, and his supporting role in the Jamie Fox starrer, ‘Bait’.
He lent his voice to Sonny in the 2001 movie ‘Dr. Dolittle 2’, and later that year had a featured role as comical pimp Baby Powder in How High, starring Method Man and Redman.
In ‘All About the Benjamins’, (2002), he played a repeat offender who works with the bounty hunter played by Ice Cube, to find a group of diamond thieves with a winning lottery ticket.
He portrayed Ed Norton in the comedy film ‘The Honeymooners’ in 2005. It is about a working class New York bus driver Ralph Kramden who is always coming up with get-rich-quick schemes.
In 2007, he had a small part in Hurricane Chris’ song, A Bay Bay, the lead single from the studio album, 51/50 Ratchet, which peaked at No.7 on the U.S. Billboard Hot 100.
In the 2007 film ‘Talk to Me’, a biopic on Ralph "Petey" Greene, an ex-con who became a popular talk show host and community activist, Epps had a supporting role
His song "Big Girls", released in 2008 in his ‘Funny Bidness - Da Album’. He featured in rapper French Montana's 'Mac wit da Cheese' mixtape and the Dom Kennedy song "Intro/Hard Work.
Continue Reading Below
‘Funny Bidness: Da Album’, his debut comedy album was released in 2009 on E1 Music. It debuted at ninety eight on the US Top R&B/Hip-Hop Albums and nine on the Top Comedy Albums.
In the 2009 comedy film ‘The Hangover’, he portrayed Black Doug, a friendly, laid-back, drug dealer. The film stars Bradley Cooper, Ed Helms, Zach Galifianakis, Heather Graham, Justin Bartha, and Jeffrey Tambor.
He lent his voice to the bear character (Boog) in the film Open Season 2 after Martin Lawrence declined the role and two years later hosted the 2010 BET Hip Hop Awards.
In the 2012 remake of the musical film Sparkle, starring alongside Jordan Sparks and Whitney Houston, he plays Satin who is a stand-up comic by day, an evil and abusive drug kingpin by night.
Epps was the "Super Bowl ambassador" in his native Indianapolis for the 2012 Super Bowl. He featured in commercials promoting the Super Bowl Village and made special appearances during the Super Bowl. 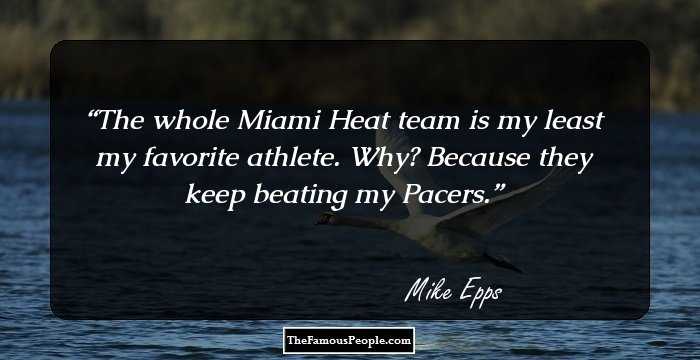 Major Works
Epps was cast as Ice Cube's co-star in the sequel, Next Friday, a 2000 stoner comedy film and its sequel Friday After Next. His role as Day-Day Jones was a breakthrough for the actor.
In 2010, he released a stand-up comedy special, Under Rated & Never Faded, showcasing his knack for the absurd and his hilarious commentary on culture and young life in front of a live audience.
Awards
Epps shared a Gotham Award for the film ‘Talk to Me’ in 2007 being part of Ensemble Cast. Five years later he won the Image Award for Outstanding supporting Actor for, Jumping the Broom.
He has also been nominated for his supporting roles for BET Comedy Award for The Fighting Temptations and for the Black Reel Awards for the films, Sparkle and Jumping the Broom 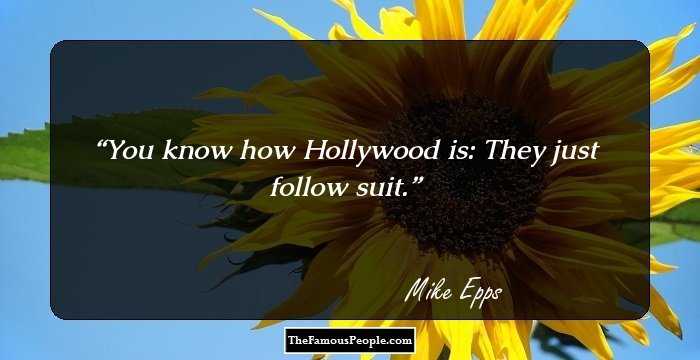 Quotes: You
Personal Life & Legacy
Epps married Michelle McCain in July 2006; they currently live in Beverly Hills. California. The two met while filming ‘The Fighting Temptations’. Epps has a daughter, Bria Epps, from a previous relationship.
He has extended full support by way of money and time, to the Tupac Amaru Shakur Foundation for the Arts in Georgia, which seeks to provide opportunities for young people through the arts.
Trivia
This actor has been in two movies in which his character has won the lottery and has had four roles in which his character's name was Reggie.
This stand-up comedian and actor declared, “I`m a survivor of life. I try to give the glory to God and appreciate what`s happening to me”.

See the events in life of Mike Epps in Chronological Order