Many truisms can be used to define Mike Ditka. He is known for being callous, strong and legendary. Although he grew up in a small working-class family, he would use these humbling everyday experiences as a motivator to become not only a Bears legend, but one of the most unforgettable sport icons of the United States of America. As a young boy, he played every sport he could, topping in every single one of them. However, he realized that his true passion was football - a sport that he not only loved but wished to build a career in. He soon went on to make a mark in football when he was selected in the first-round draft pick. Additionally, he gave a new life and meaning to the tight end position; one that was viewed primarily as a task for a tough, rugged blocker. Throughout his early career, he garnered respectable numbers for his position and became one of the most valuable players with the Bears. He soon became one of the two people who went on to win the NFL title as a player and also as a coach. He is currently the only player in NFL history to win a tournament with the same team as player and a head coach. American People
American Football Players
American Men
University Of Pittsburgh
Tall Celebrities
Childhood & Early Life
Michael Keller Ditka, Jr. also known as Michael Dyczko was born on October 18, 1938 to Mike Sr. and Charlotte in Carnegie, Pennsylvania. He is the oldest of the four children born to the couple. He was brought up in Aliquippa, Pennsylvania.
He studied at Titus School and Aliquippa High School. He had hoped to obtain a football scholarship, which he eventually did. He was accepted at universities such as Notre Dame, Penn State and University of Pittsburgh. He finally made a choice and decided to play for the University of Pittsburgh from 1958 to 1960. In college, he was considered one of the best tight-ends.
In his senior year, he was selected in the College Football All-America Team. 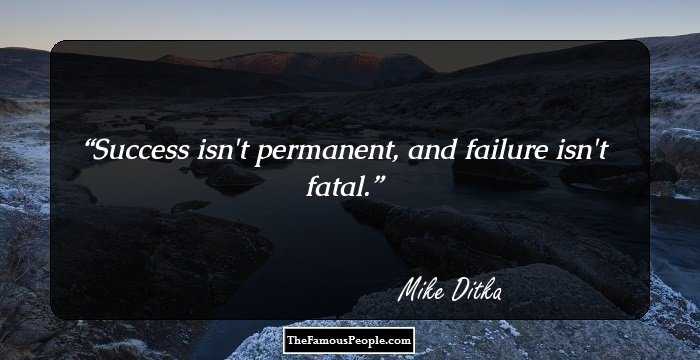 The Sexiest Men Of 2020, Ranked
Career
In his first season with the Chicago Bears, in 1961, he hit it big with 58 receptions, introducing a new angle to the tight end position. His grand success earned him a number of accolades. He continued to play with the team for the next five years.
In 1963, he entered the NFL championship team and placed first among the tight ends and fourth overall in Bears’ history. Four years later, he was drafted to the Philadelphia Eagles, where he played for only two seasons.
In 1969, he was traded to the Dallas Cowboys, where the highlight was the 24-3 victory over the Miami Dolphins during the Super Bowl VI. He spent four seasons with this team.
He retired from playing professional football in 1972 and was immediately taken on board by the Dallas Cowboys as assistant coach, where he was assigned to work under the head coach - Tom Landry.
He served as the assistant coach for nine seasons. Under his leadership, the team made to the playoffs eight times, six division titles and three NFC championships.
His last game with the Cowboys was the 1981 season. In 1982, he was recruited by the Chicago Bears as the head coach for the campaign. By his third season as coach, he had already led the Bears to the NFC Championship Game, where they were eventually ousted by the San Francisco 49ers.
One of the biggest events in Ditka’s life occurred on January 26, 1986, when his team beat New England Patriots to 46-10 at the Superbowl XX. Under his leadership, the Bears went on to win the Central Division title consecutively for the next two years.
Towards the end of the 1980s, the Bears started to lose a few matches and eventually finished the last season of the decade with a meager 6-10. They attempted to make a wild card entry in 1991, but were eliminated in the early rounds. The following year, Ditka was fired as head coach.
Thereafter, he took up a job with NBC, where he worked as an analyst on NFL Live for a brief period of time.
Continue Reading Below
In 1997, he coached the New Orleans Saints, which he believed were the ‘three worst years’ of his life. Despite the team pinning high hopes on Ditka, his overall record with the Saints was only 15-33.
He was the studio analyst for the 2000-2001 seasons on ‘The NFL Today’ with CBS Sports.
In 2005, he appeared in the comedy film, ‘Kicking & Screaming’ as a league soccer coach, opposite Will Ferrell.
In 2007, he served as a color commentator, alongside Mike Golic and Mike Greenberg, for ‘Monday Night Football’ on ESPN. The same year, he worked with the Geneva Hospitality and X Management to form ‘Mike Ditka Resorts’ and a chain of restaurants called ‘Ditka’s’.
In 2012, he started his own wine production business along with Teriato Wines. The first collection of wines was released in the fall of 2012. The same year, Bill Teriato and Ditka got together to produce their own line of cigars as well.
In 2013, he partnered with Vienna Beef to create ‘Ditka Sausages’, a brand of sausages that is sold to various restaurants in the Chicago land area.
He is currently a commentator on ESPN’s ‘NFL Live’ and ‘Sunday NFL Countdown’. 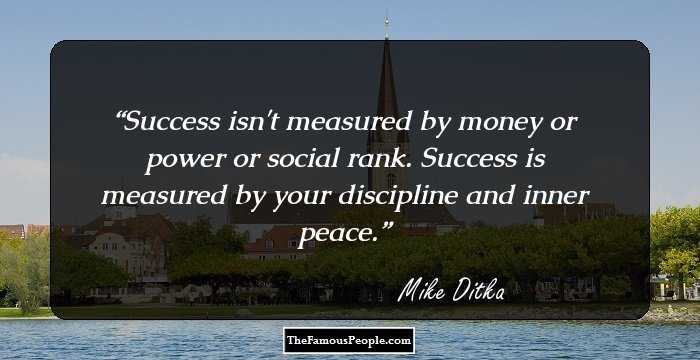 Quotes: Money, Power, Peace
Awards & Achievements
In 1985 and 1988, he was awarded the ‘NFL Coach of the Year’ title.
Continue Reading Below
He also became the first ever football tight end to be inducted into the ‘Pro Football Hall of Fame’, in 1988.
He is listed as one of the ’100 Greatest Football Players’ in ‘The Sporting News’ list, in 1999.
He was inducted into the National Polish-American Sports Hall of Fame, in 2001.
He was inducted into the ESPN Chicago Hall of Fame along with Michael Jordan, Ernie Banks and Dick Butkus, in 2011.
Personal Life & Legacy
He married Marge with whom he has four children. He divorced her in 1973 and married his second wife, Diana four years later.
He is believed to be extremely short-tempered and was even arrested and found guilty of DWI after getting back from a match in San Francisco.
He suffered from a heart attack earlier and even suffered from a minor stroke in November, 2012. 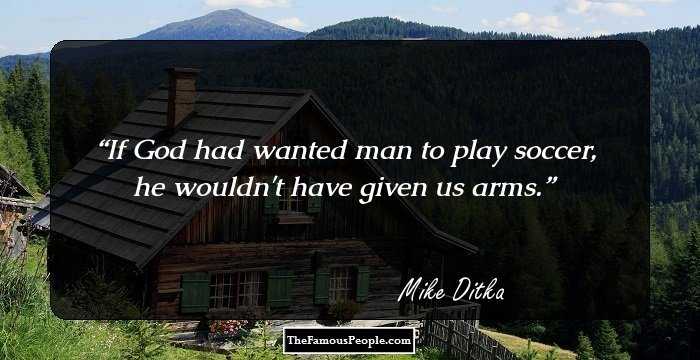 Quotes: God
Trivia
This legendary American football player and head coach of the ‘Dallas Cowboys’, ‘Chicago Bears’ and ‘New Orleans Saints’, threw a chewing gum at a San Francisco 49ers devotee, who booed him.
You May Like

See the events in life of Mike Ditka in Chronological Order