(Catholic Priest, Leader of the Mexican War of Independence and Recognized as the Father of the Nation)

Advanced Search
Don Miguel Gregorio Antonio Francisco Ignacio Hidalgo-Costilla y Gallaga Mandarte Villaseñor, popularly known as Don Miguel Hidalgo y Costilla or Miguel Hidalgo, was a Mexican Roman Catholic priest who served as one of the leaders of the Mexican War of Independence. He taught at the Colegio de San Nicolás Obispo in Valladolid before he was sacked in 1792. He worked at a church in Colima and then in Dolores. He was surprised to find the soil to be fertile in Dolores and reached out to the poor people to teach them how to harvest olives and grapes. However, at the time, farming such crops was not allowed in New Spain (modern Mexico) by the authorities, as they were imported from Spain. In 1810, he delivered his famous speech, "Cry of Dolores”. In the ensuing months, he travelled across Mexico and accumulated an army of about 90,000 poor farmers and Mexican civilians. After encountering some initial success, his troops suffered a drastic defeat at the Battle of Calderón Bridge. Hidalgo was subsequently arrested and executed. Image Credit
https://commons.wikimedia.org/wiki/File:Miguel_Hidalgo.jpg
(It appears that Luis Garcés is the lithographer. (L. Garcés is visible at lower right, and this article mentions a Luis Garcés as the author of another lithograph in this series.) [Public domain])
Previous   Next

Brigham Young
DID WE MISS SOMEONE?
CLICK HERE AND TELL US
WE'LL MAKE SURE
THEY'RE HERE A.S.A.P
Quick Facts 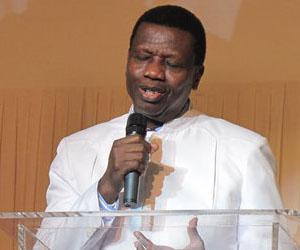