Miguel Cotto is a former Puerto Rican professional boxer, who emerged as the first boxer from his homeland to become a “quadruple champion.” Belonging to a family of boxers, Miguel represented Puerto Rico as an amateur in the lightweight and light welterweight divisions at various international events. He won a silver medal in the lightweight division of the 1998 ‘Junior World Championships.’ He became a professional boxer by 2001. Initially, he fought as a hard-hitting pressure fighter. However, as he moved up the weight-rungs, he developed himself into a fine boxer–puncher. His professional boxing record shows an enviable count of 41 wins out of a total of 47 fights, of which 33 were won by knockout and 8 by decision. He won the ‘World Boxing Organization’ (WBO) light welterweight title in 2004 and thrived to retain it six times before vacating it and moving up in weight and winning the ‘World Boxing Association’ (WBA) welterweight title in 2006. He succeeded in defending the title four times. He then won the vacant ‘WBO’ welterweight title in 2009 and the ‘WBA’ light middleweight title in 2010. In 2014, he won the ‘World Boxing Council’ (WBC), ‘The Ring,’ and lineal middleweight titles against Sergio Martínez, thereby becoming the first fighter from Puerto Rico to win world titles in four weight classes. Chad Mendes
DID WE MISS SOMEONE?
CLICK HERE AND TELL US
WE'LL MAKE SURE
THEY'RE HERE A.S.A.P
Quick Facts

See the events in life of Miguel Cotto in Chronological Order 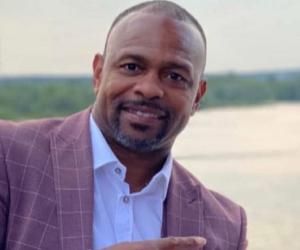