(The Greatest Heavyweight Boxer of All Time)

Nicknamed The Greatest, Muhammad Ali was one of the legends in the sport of professional boxing. At 6 feet 3 inches, he was an imposing figure in the ring, known for his swift footwork, and powerful jab. What distinguished him from his contemporaries were the values that he upheld througout his life. An arch believer of religious freedom and racial justice, Ali had converted to Islam and with that even changed his name from the former identity, Cassius Marcellus Clay. One of the most recognized sports figures of the past 100 years, Muhammad Ali created ripples in the arena of professional boxing at the tender age of 22, by knocking out the then heavyweight champion Sonny Liston. From then, there was no looking back for this powerful fighter who knocked off each of his opponents to bag the titles. Throughout his career, Ali recorded 56 wins of which 37 came in knockout and 5 losses. The most historic matches were against Liston, Joe Frazier, and George Foreman. He became the first and only three-time lineal World Heavyweight Champion. Interestingly, apart from being powerful and dominating, Ali was extremely vocal as well and started the ritual of throwing remarks at his opponent much before the brawl. Bill Gates
DID WE MISS SOMEONE?
CLICK HERE AND TELL US
WE'LL MAKE SURE
THEY'RE HERE A.S.A.P
Quick Facts

Muhammad Ali was born on January 17, 1942, in Louisville, Kentucky, to Cassius Marcellus Clay, Sr and Odessa O'Grady. He was the eldest of the two sons of this couple. His father earned a living by painting billboards and signs.

Interestingly, it was a Louisville police officer who changed the fate of young Clay. The latter was enraged at a thief who robbed his bicycle and told police officer, Joe Martin that he wished to whip the robber. It was then that Martin suggested him to learn boxing first.

Martin served as his early coach, teaching him the technicalities of the game. In the last four years of his amateur career, he was trained by cutman Chuck Bodak. 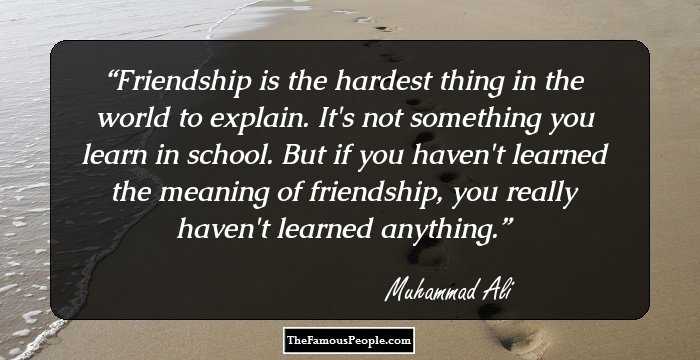 In his first ever fight which took place in 1954, he won by a split decision. Following this, he won the 1956 Golden Gloves tournament for novices in the light heavyweight class.

In 1959, he won the National Golden Gloves Tournament of Champions, as well as the Amateur Athletic Union's national title for the light-heavyweight division.

His outstanding achievements in his amateur years won him a seat in the US Olympic boxing team in 1960. He won the first three bouts to face Zbigniew Pietrzkowski from Poland. Crushing the latter, he earned his first gold at the event. The Olympic win garnered him a hero status.

His heroic wins, majority of which were through knockouts, made him the top contender for Sunny Liston’s title. As such, a fight was scheduled between the two in February 1964, in Miami.

While Liston was the reigning champion, Clay seemed to be the underdog at the event, more so because his last fights against Jones and Cooper displayed lack of skills.

Even before the fight began, the two turned the pre-fight weigh-in into a circus, demeaning and defaming each other, an incident which was the first-of-its-kind in the history of boxing. Enraged by the disparaging comments, Liston looked for a quick knockout but lost the match in the sixth round.

Defeating Liston, he became the then youngest boxer to assume the title from a reigning heavyweight champion. Meanwhile, in 1964, he changed his name from Cassius Marcellus Clay to Muhammad Ali, converting to Islam.

Following the conversion, a rematch was arranged between Muhammad Ali and Liston. However, the second match bore the same result as the first one, except for the fact that it lasted for just about two minutes.

His second title defence was against Floyd Patterson, who twice lost to Liston in first round knockouts. The match continued for 12 rounds post which he was declared the winner.

In the following years, Muhammad Ali won a match each against George Chuvalo, Henry Cooper, Brian London, and Karl Mildenberger. His match against Cleveland Williams in the Houston Astrodome received much limelight, which he won convincingly in the third round via technical knockout (TKO).

In 1967, he stood against Terrell, who was the unbeaten heavyweight champion for five years. The fight prolonged for 15 rounds, in which both the players displayed tremendous skill and prowess. Muhammad Ali however won the fight in a unanimous decision.

Muhammad Ali was stripped of his title as he refused to render his services to the army during the Vietnam War. Not only was his boxing license suspended, he was also sentenced to three-and-a-half years in prison along with a fine.

After his period of imprisonment, he made a comeback with a fight against Jerry Quarry on October 26, 1970.

Muhammad Ali was chosen as the top contender against heavyweight champion Joe Frazier. Nicknamed the Fight of the Century, it created a stir as the two undefeated opponents were against each other. The fight took place on March 8, 1971. Though the initial rounds were neck to neck, in the latter Frazier took an advantageous lead and eventually won the contest. This was Ali’s first ever loss since his professional debut.

In 1973, Ali lost the second fight of his career to Ken Norton, who broke his jaw. In their second bout, Ali won a controversial decision against Norton, thereby earning the right to fight against Joe Frazier, who had recently lost his title to George Foreman.

The Ali-Frazier rematch took place on January 28, 1974, and Ali won the bout.

Frazier’s defeat led to a title fight between Ali and heavyweight champion George Foreman. The bout took place on October 30, 1974, and Ali was considered an underdog. However, the result of the match turned in Muhammad Ali’s favor as Foreman failed to make it to the count at the end of the eighth round.

Year 1975 witnessed one of the toughest fights as Ali fought against Frazier in a match that was titled Thrilla in Manila. Lasting for 14 rounds, the former was declared the winner.

Post the fight against Frazier, Ali’s career graph observed a decline as he was defeated by Leon Spinks and knocked out by Larry Holmes. After losing his heavyweight title to Trevor Berbick, he retired from boxing in 1979. 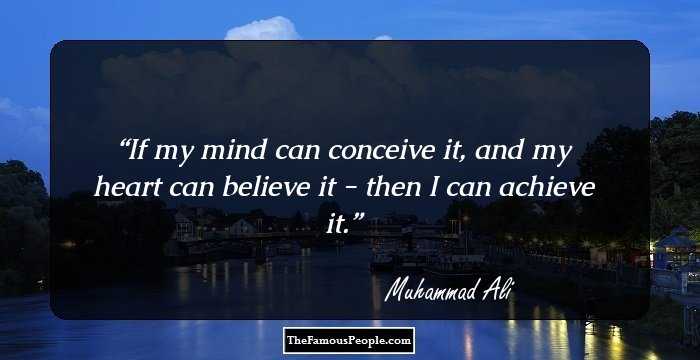 He was the proud recipient of the Presidential Citizens Medal and Presidential Medal of Freedom, which he received in 2005, from the then President George W. Bush.

He was inducted into the International Boxing Hall of Fame. He is even honored with a star on the Hollywood Walk of Fame at 6801 Hollywood Boulevard.

Muhammad Ali married four times in his lifetime. His partners were Sonji Roi, Belinda Boyd, Veronica Porsche, and Yolanda. Overall, he had seven daughters and two sons from his alliances. Nico Ali Walsh, Ali’s grandson, is also a boxer.

He was diagnosed with Parkinson's disease in 1984. The disease was mainly a result of the head injuries that he sustained during his boxing career.

He died of respiratory complications on June 3, 2016, in Scottsdale, Arizona, USA, at the age of 74. 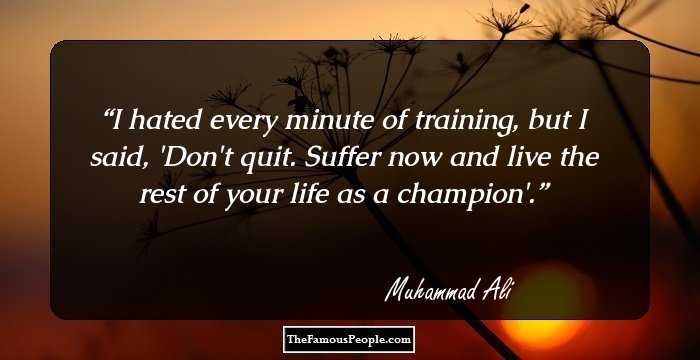 Nicknamed The Greatest, Muhammad Ali was one of the most notable professional boxing heavyweight champions and the first and only three-time lineal World Heavyweight Champion. He converted to Islam.

Quotes By Muhammad Ali | Quote Of The Day | Top 100 Quotes

See the events in life of Muhammad Ali in Chronological Order