Michel Stern is a French advertising executive who is popularly known as the husband of the American actress, writer, and producer Lisa Kudrow. Michel Stern, a native of France, moved to the United States to pursue a career in advertising. After a few years of struggle, Stern eventually established himself in the advertising industry. Despite a successful career, Stern was not yet a public figure. It was only during the late 1980s that he turned into a minor celebrity. His relationship with the popular TV actress, Lisa Kudrow, hit the news after Lisa’s role as Phoebe Buffay in the sitcom ‘FRIENDS’ became a huge hit. Since then, the media has tailed the couple’s relationship over the years. Stern and Lisa’s relationship survived the test of time and fame and they eventually married in 1995. Their marriage is still going strong today, and they are often spoken of as the ‘dream couple’ who lead independent lives yet support each other. Despite the constant media attention, Michel Stern has assiduously avoided being a part of the public eye and has rarely made any appearances. He currently lives with his family in Los Angeles, California. 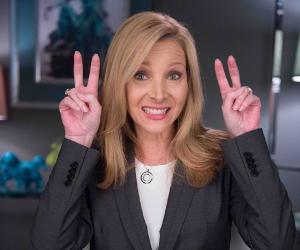 Jack John Chris...
DID WE MISS SOMEONE?
CLICK HERE AND TELL US
WE'LL MAKE SURE
THEY'RE HERE A.S.A.P
Quick Facts

Jack John Chris...
Rise to Fame
Michel Stern lead an ordinary life until he started dating the popular actress Lisa Kudrow in the 1990s. Prior to being associated with Lisa, Michel’s past was rarely discussed in public. Michel spent his early years in his hometown in France and later moved to the United States to pursue a career in advertising. After a couple of years in the industry, he made a name for himself as a successful advertising executive. However, he still wasn’t a public figure as he is now. It was only after he started dating Lisa Kudrow, who was on the rise as a popular TV actress, that he gained traction and attention in the media.
Lisa’s popularity as Phoebe Buffay in the popular sitcom ‘FRIENDS’ was increasing every day, and her fans were curious about her dating life. It was then that her relationship with Michel was revealed. Since then, they have been followed by the media and their relationship was extensively covered by many news outlets. Despite the hullaballoo, Michel has managed to carve his own space and remained off the grid. Though Stern has avoided attending major film festivals and red-carpet events, he was seen alongside Lisa at the 10th Annual Screen Actors Guild Awards in 2004 to support her.
Even today, Michel continues to stay off the radar and rarely makes a public appearance. He is also not very active on any social media channels, unlike his wife. He continues to be Lisa’s doting husband who has stood by her and has supported her career through thick and thin. The couple’s strong marriage of so many years is often a subject of envy among their fans. Despite the media attention, Michel refuses to actively talk about his personal life. It is very likely that Stern has retired from his professional career in advertising now and leads a relaxed life with his wife and family in Los Angeles.
You May Like

The Sexiest Men Of 2020, Ranked
Continue Reading Below
Family & Personal Life
Michel Stern was born in 1958 in France. Information about his early life and growing up years is not available. Michel is currently married to the popular TV actress Lisa Kudrow. The couple first met each other in the late 1980s when Michel was dating Lisa’s roommate. However, the couple were instantly drawn to each other after their first meeting but tried to hide their feelings in order to not hurt Lisa’s friend. Michel eventually broke up with her roommate and lost touch with Lisa, too. Fate, however, had different plans for the duo as they bumped into each other again after six years and decided to pursue a relationship this time around.
After romance blossomed, the couple eventually decided to marry in May 1995 amidst friends and family in Malibu. The couple has a son, Julian Murray Stern, who was born in May 1998. Many media outlets continue to report on the blissful union and strong marriage between Michel and Lisa. The family currently lives in Los Angeles, California. Though Michel has avoided giving interviews, Lisa has mentioned that he loves travelling and playing golf.
You May Like