Michael Oher is a young sporting sensation in the American football world. He did not have a smooth childhood as his father was often in the prison and his mother was under the influence of alcohol and drugs most of the time. As a result, he did not do well as a student, until he was taken into foster care. He grew in foster care and finally was adopted by a couple. His adoptive parents provided him with much love and care which his life lacked. Eventually, he improved as a student and enhanced his interest in sports. He worked hard to improve his grades to get through the ‘National Collegiate Athletic Association’ (NCAA). His passion for the game acted as fuel and he worked hard eventually, emerging as an exceptional player. Many universities wanted him to join their team and even offered him scholarship. However, he chose the ‘University of Mississippi’ which was his foster parents’ alma mater. Since then he has been climbing the ladder of success step by step, and is now one of the most renowned names in American Football. He has many awards and trophies to his credit, apart from the many wins he has registered in his career till date
Continue Reading Below American People
American Men
Tall Celebrities
Tall Male Celebrities
Male Sportspersons
Childhood & Early Life
He was born as Michael Jerome Williams, Jr. on 28th May, 1986, to Michael Jerome Williams and Denise Oher, in Memphis, Tennessee. He has eleven siblings.
He did not receive much care as a child as his mother was an alcoholic and his father spent most of his time in prison. When Michael was in high school his father was killed while in the prison.
Oher failed in first and second standards and had to change many schools. He was taken into foster care when he was eleven years old and since then he grew up with various foster parents.
As a high school student, he enjoyed playing football. At the suggestion of an acquaintance Tony Henderson, he enrolled at the ‘Briarcrest Christian School’. There he was trained by coach Hugh Freeze and Tim Long, Oher enhanced his football skills, and in 2003, he became the Division II (2A) Lineman of the Year.
In 2004, he moved into the care of Leigh Anne and Sean Tuohy, who had a son and a daughter who were also students at the ‘Briarcrest Christian School’. Later, the couple adopted Oher.
Thus, he got proper care and attention which he lacked as a child. His needs were met with and he was even trained in various sports like basketball and track.
He worked as a student and scored good grades which enabled him to get an admission into a school of the Division I of ‘National Collegiate Athletic Association’ (NCAA). 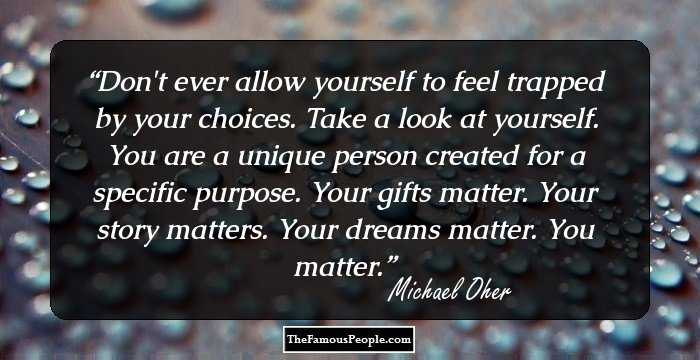 Quotes: You, Yourself, Dreams
Continue Reading Below
You May Like

The Best Black Actresses Of All Time
Career
He had opportunities of getting scholarships from universities such as Alabama, Tennessee, Auburn, South California, and Louisiana State, but he chose to play for the ‘University of Mississippi’ under the guidance of coach Ed Orgeron. Thus, he started to play for the ‘Ole Miss Rebels’ football team. Initially, he played as a guard in the team and was also named the Freshman All-America.
In 2006, he was placed at the left tackle during the season, and also became offensive lineman of the second-team ‘Southeastern Conference’ (SEC) after his sophomore season and named an offensive lineman of the first-team ‘SEC’ after his junior season. During this time, he also improved academically.
He dropped his plan of joining the ‘2008 NFL (National Football League) Draft’ and joined the ‘Ole Miss Rebels’ senior team. At the end of this season, he was named the first-team All-American. The following year, he completed his graduation in criminal justice.
In 2009, he was selected at the ‘2009 NFL Draft’ by the ‘Baltimore Ravens’, later, he was given a jersey with the number 74 in it, and also entered into a contract with the ‘Baltimore Ravens’ team.
At the beginning of 2009 season, he was placed at the right tackle position and later, he played at the left tackle position, and again moved to play as the right tackle.
In the 2010 season, he was placed as the right tackle and the Ravens won by 33-14 against the ‘New England Patriots’. For the following season, his team declared that he would be playing as the right tackle.
The ‘Baltimore Ravens’ won by 34-31, against the ‘San Francisco 49ers’ in the ‘Super Bowl XLVII’. This led Oher win the ‘Super Bowl ring’, which was his first since his football career began.
In 2014, he entered into a contract with the ‘Tennessee Titans’ team. However, owing to several injuries which also included a toe-injury, he missed many games and as such his contract with the Titans was terminated the following year.
In 2015, he entered into a contract with the ‘Carolina Panthers’ who reportedly said that he would be playing as the left tackle.
Continue Reading Below 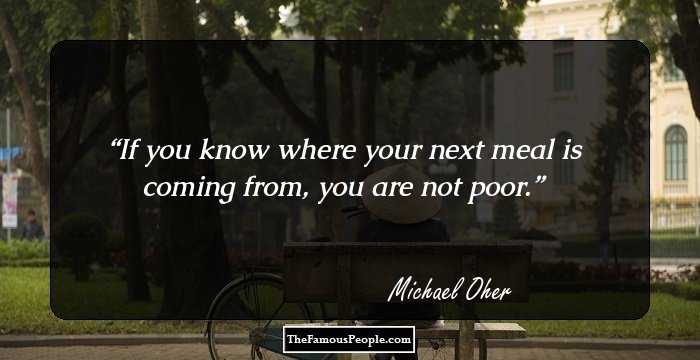 Quotes: You
Awards & Achievements
In 2005, he was awarded with the ‘First Team Freshman All-American’, ‘First Team All-Quad Freshman Chrome [AQFC] Tackle Letius’ and ‘First Team SEC All-Freshman’, and the following year, he received the ‘Second Team All-SEC’.
He was in the ‘First Team All-SEC’ in the year 2007, and the following year, he was in the ‘First Team All-American’ and ‘First Team All-SEC’, and also was a recipient of the ‘Shug Jordan’ award as the ‘Southeast Offensive Lineman of the Year’, as well as the ‘Colonel Earl “Red” Blaik Leadership-Scholarship Award’.
In 2008, he received the ‘Outland Trophy finalist’, ‘Conerly Trophy finalist’, ‘Lombardi Award semifinalist’, ‘SEC Jacobs Blocking Trophy’.
Personal Life & Legacy
In 2006, author Michael Lewis penned a book named ‘The Blind Side: Evolution of a Game’ in which Oher was a subject.
The section of the book ‘The Blind Side: Evolution of a Game’ which revolved round Oher was made into a movie by the same name and was released in 2009.
In 2011, Oher inked his autobiography entitled ‘I Beat The Odds: From Homelessness to The Blind Side and Beyond’. This book was co-authored by American sports journalist Don Yaeger. 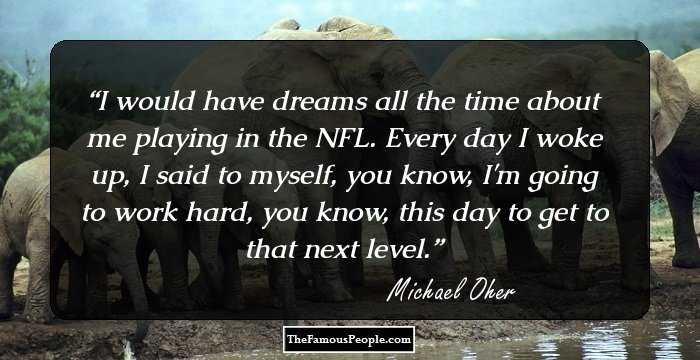 Quotes: You, Me, Time, Dreams, I
Trivia
The foster parents of this professional footballer co-authored a book ‘In a Heartbeat: Sharing the Power of Cheerful Giving’ which was published in 2010.
You May Like

Quotes By Michael Oher | Quote Of The Day | Top 100 Quotes

See the events in life of Michael Oher in Chronological Order