Advanced Search
Michael Cummings is an American actor who is married to actress Maureen McCormick. Cummings made his acting debut in Bergen, Norway at the Den Nationale Scene in a production of Ibsen's ‘A Wild Duck.’ He later relocated to Los Angeles and went on to act in a number of films, TV programs, and commercials. In 1989, Cummings ditched acting and began a career in the corporate sector. After 20 successful years in the corporate world, he returned to the acting scene. On getting back to acting, he expressed his interest in exploring some projects in collaboration with his wife. On a personal note, the multifaceted personality is a very affectionate man. He is a caring husband and a doting father. His unwavering commitment to his wife despite all the ups and downs in their married life is definitely an inspiration for many other celebrities in the industry. Michael J. Fox
DID WE MISS SOMEONE?
CLICK HERE AND TELL US
WE'LL MAKE SURE
THEY'RE HERE A.S.A.P
Quick Facts
Family:

American People
University Of Minnesota
Tall Celebrities
Tall Male Celebrities
American Actors
Childhood & Early Life
Little to no information is available on Michael Cummings’ childhood and early life. He was interested in acting from a young age and went to the University of Minnesota to study theater. He began his professional career after earning his BA degree.
Recommended Lists:

American Film & Theater Personalities
Continue Reading Below
Career
Michael Cummings made his acting debut at the Den Nationale Scene in Bergen, Norway, in a production of ‘A Wild Duck.’ While in Norway, he also created a "literary tour" for the families of people who worked on the oil shores in the North Sea. During that time, he also served as a translator for a Norwegian playwright.
Cummings eventually moved to Los Angeles and performed at many venues including the internationally popular Children's Theater Company. He also worked in numerous commercials and advertisements.
In 1981, the actor appeared in ABC’s sports docudrama ‘Miracle on Ice,’ alongside Karl Malden. The following year, he starred with Dick Van Dyke in the film ‘Drop-Out Father’ and also appeared in the TV movie, ‘Desperate Lives.’ He also worked in numerous Shakespeare productions on PBS. Cummings later created ‘The Scandinavian Theater Company’ and served as its artistic director for the first five years. He also performed in several Los Angeles theater venues and regional theaters.
Till date, the actor has appeared in over fifty TV commercials. He left acting after the birth of his daughter and switched to a career in the corporate world. After spending about twenty years in corporate sales, he returned to acting with a role in ABC’s show ‘Castle.’
Relationship with Maureen McCormick
Michael Cummings married Maureen McCormick on 16 March 1985. The two met in a church. They have one child, daughter Natalie, who was born in 1989. Currently, Cummings and his family reside in Westlake Village, California.
Prior to marrying him, Maureen McCormick struggled with drug addiction. She battled addiction and depression even in the early years of their marriage. However, with the unconditional love and support of her husband, she was able to beat her addiction over a period of time. Michael Cummings holds his wife in high regard. He feels that she is an amazing woman who has courageously “taken on some very big monsters in her life and overcome them.” 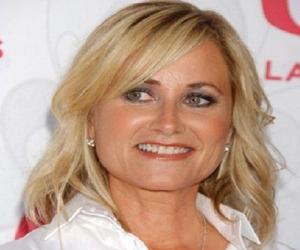