Three-time Grammy Award winning American singer and songwriter, Michael Bolton has enjoyed one of the most successful and extraordinary music careers. He has sold over a total of 53 million albums across the globe, which includes eight top ten albums and two No. 1 singles. A prolific and talented songwriter, Bolton has written songs for some of the most renowned and successful music artists like Barbra Streisand and Kenny Rogers, among others. Best recognised and known for his soft rock ballads and tenor vocals, Bolton also initially performed in the hard rock and the heavy metal genres. This legendary singer is well appreciated and known for his distinct and unique strained vocal elegance and his tenor and countertenor voice. He has also gained much respect and admiration as a social activist and a human rights activist. He is the founder of the charity, Michael Bolton Foundation that caters to the needs of the poor, neglected and abused. Some of his well-known albums include, ‘Time, Love & Tenderness’, ‘Soul Provider’, ‘Timeless: The Classics’ and ‘The One Thing’. His original name is Michael Bolotin, he is known professionally as Michael Bolton. Eminem
26th February In History
DID WE MISS SOMEONE?
CLICK HERE AND TELL US
WE'LL MAKE SURE
THEY'RE HERE A.S.A.P
Quick Facts

American People
Lyricists & Songwriters
Pop Rock Singers
American Men
Connecticut Musicians
Childhood & Early Life
Michael Bolton was born on 26 February 1953 to Jewish parents, Helen and George Bolotin, in New Haven, Connecticut. His parents divorced when he was very young and he lost his father at the age of thirteen. 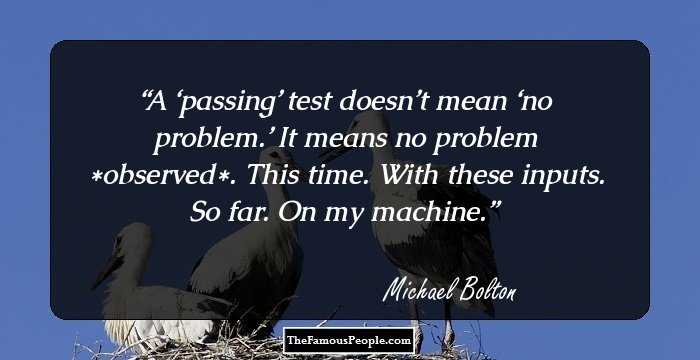 See the events in life of Michael Bolton in Chronological Order