Advanced Search
Rosanne Cash is a celebrated American Singer and a prolific writer. Even today, she is best known for her worldwide hits ‘I Don’t Know Why You Don’t Want Me’, ‘Seven Year Ache’, ‘Hold On’ among others. Since childhood, music captured her interest which she inherited from her father, Johnny Cash who was a famous country singer. While learning music, she discovered her interest in acting and attended the Lee Strasberg Theatre Institute. Eventually, however, she took a break from acting and moved on to perform as solo artist which fetched her worldwide fame as a sensational singer with many top classic hits to her name. She has worked with many noted labels including Ariola, Columbia, Manhattan and Capitol. Her hit songs ‘I Don’t Know Why You Don’t Want Me’, ‘Seven Year Ache’, ‘My Baby Thinks He's a Train’, ‘Blue Moon with Heartache’ and ‘Hold On’ rocketed her music career to dizzying heights and earned her many prestigious music awards including Grammy. Other than singing, she has authored many literary works including ‘Bodies of Water’, ‘Penelope Jane’, and ‘Composed: A Memoir’. She is a dedicated supporter of charitable organizations and is an active member at PAX and SOS. Read on and know all about this brilliant personality. American People
Musicians
Country Singers
Lyricists & Songwriters
American Women
Childhood & Early Life
Rosanne Cash was born to music legend Johnny Cash and Vivian Liberto Cash, a homemaker. Her parents separated in the early 1960s and divorced in 1966.
Brought up in an eclectic environment, she and her siblings lived in several cities in United States, first in Tennessee and later the family moved to California where they were brought up in Los Angeles and Ventura.
In 1973, Rosanne toured with her father for road shows for two and a half years during which she worked with him as occasional soloist, wardrobe assistant and background vocalist.
In 1976, she was briefly associated with CBS Records in London, United Kingdom.
She returned back to join the Vanderbilt University in Nashville where she studied English and Drama and later joined the Lee Strasberg Theatre Institute in Los Angeles which she left eventually to pursue music and singing. 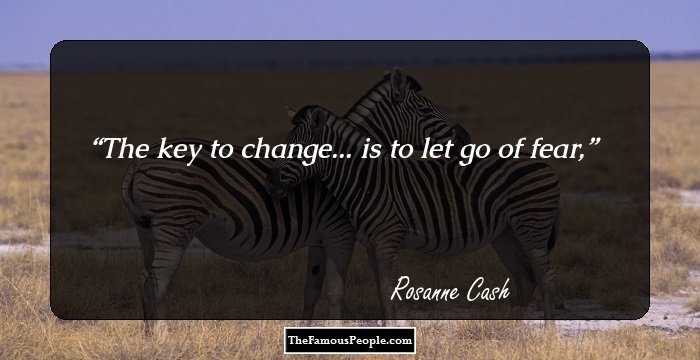 Quotes: Change, Fear
Continue Reading Below
Career
She recorded her first debut album with Rodney Crowell in 1978 with German label, Ariola Records.
Between 1978 and 1980, she was on a contract with Columbia Records and performed with the band, Cherry Bombs, in US clubs.
In 1981, her career gained upward swing with critical and commercial success of her super-hit album, ‘Seven Year Ache’.
Her third album ‘Somewhere in the Stars’ was released in 1982 which made to the list of Top 100 in US pop album charts.
After a break of three years, she released her fourth album ‘Rhythm & Romance’ in 1985 with two hits that rocked the charts including ‘I Don't Know Why You Don't Want Me’ which won her the Grammy Award that year and ‘Hold On’ which won her the Robert J. Burton Award.
Through 1988 and 1989, she released other albums with some more hit singles that reached the Billboard country charts and brought her many Grammy Award nominations.
After 1995, Rosanne turned to writing. She made her writing debut with ‘Bodies of Water’ a collection of short stories, published in 1996 which helped her establish herself as writer.
After 1998 she started working together with her husband John Leventhal on various records and released albums including ‘The List’ and ‘Rules of Travel’. She also published two of her books ‘Penelope Jane: A Fairy's Tale’ and ‘Composed: A Memoir’.
Later, in 2012, she released her song ‘Land of Dreams’ for a tourism campaign. Her next album is expected to be released in September 2013.
Continue Reading Below 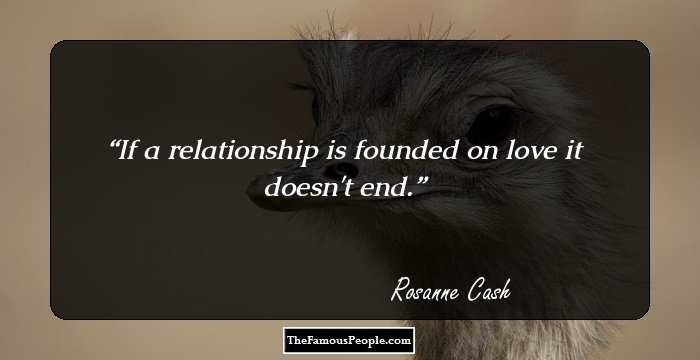 Quotes: Love, Relationship
Major Works
Her second album 'Seven Year Ache', released in 1981 was a No. 1 hit on the Billboard Country Chart and was ranked 22 on the Billboard Pop Chart. The album was certified Gold.
Her 1987 album ' King's Record Shop' was the most acclaimed album of her career. The album became her second gold album and went to No. 1 on the country charts.
Awards & Achievements
Her hit single ‘I Don't Know Why You Don't Want Me’ won her nine Grammy nominations and one Grammy Award in 1985.
She won the Robert J. Burton Award in 1985 for her hit single, ‘Hold On’ from her fourth album ‘Rhythm & Romance’.
Memphis College of Art awarded her an honorary doctorate in 1997.
Her album ‘The List’, released in 2009, was awarded ‘The Album of the Year Award’ in 2010 by ‘American Music Association’.
She was awarded with the AFTRA Media and Entertainment Excellence Award for unparalleled excellence in Sound Recordings. 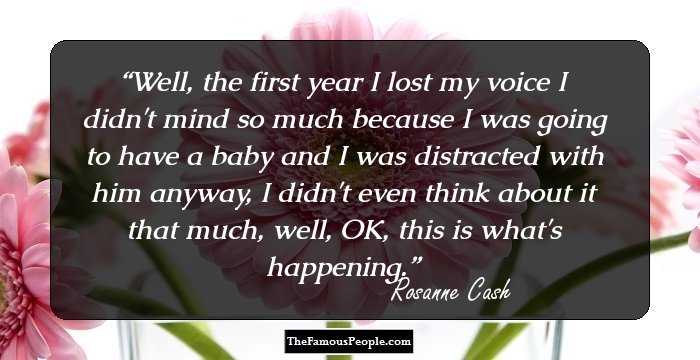 Quotes: Think, I
Personal Life & Legacy
She married country singer Rodney Crowell in 1979 and they have three daughters. Her personal and professional lives were greatly affected after her divorce with Crowell in 1992, after which she moved to Manhattan.
She married producer and guitarist John Leventhal in 1995 and they have a son Jakob. She lives in Chelsea with her husband, son Jakob and youngest daughter.
Trivia
This brilliant singer, songwriter underwent brain surgery in 2007 for Chiari Malformation Type I.
The famous country singers Carlene Carter and Rosie Adams are this prolific singer’s step-sisters.
This renowned singer and author was treated for drug-abuse in 1984.

Quotes By Rosanne Cash | Quote Of The Day | Top 100 Quotes

See the events in life of Rosanne Cash in Chronological Order