Mia Abagale Tallarico, better known as Mia Tyler, is an American model, actor, and fashion designer. She is also the daughter of noted American singer, songwriter, musician, actor, and former TV music competition judge Steven Tyler of ‘Aerosmith’ fame. Mia has made a name for herself in the world of modeling, primarily as a plus-size model, and has emerged as an inspiration for plus-size women. Represented by ‘Wilhelmina Models,’ the gorgeous diva has walked the runways of New York and Paris with great oomph and style. She has modeled for ‘Lane Bryant’ and ‘H&M’ and has graced the cover of ‘Flare.’ She has also appeared in magazines such as ‘Vogue,’ ‘Teen People,’ and ‘Seventeen.’ She has also come up with her own clothing line, ‘Revolution 1228,’ that offers plus-size clothes. This multi-talented beauty has also succeeded in making her mark as an actor on both the small and the big screens. She has appeared in films such as ‘A Little Bit of Lipstick,’ ‘Inheridance,’ ‘Rush Hour 3,’ ‘O Brother, Where Art Thou?,’ and ‘People Are Dead.’ Some of her notable TV projects are ‘Celebrity Fit Club,’ ‘Really Rich Real Estate,’ and ‘Pretty Wicked.’ 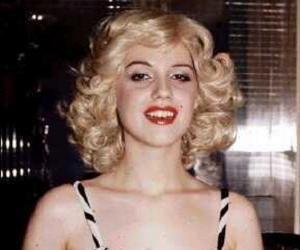 American People
American Women
New Hampshire Actresses
Female Models
Capricorn Models
Childhood & Early Life
Mia Abagale Tallarico was born on December 22, 1978, at the ‘Dartmouth Hitchcock Medical Center’ in Hanover, New Hampshire, US. Her father, Steven Tyler, is the lead singer of the rock band ‘Aerosmith.’ Her mother, Cyrinda Foxe, was an American actor, model, and publicist.
American actor, producer, and former model Liv Tyler is the paternal half-sister of Mia, born out of her father’s brief relationship with American singer and former model Bebe Buell. Mia also has two other half-siblings: sister Chelsea and brother Taj, from her father’s marriage to Teresa Barrick.
The song ‘Mia, included in ‘Night in the Ruts’ (1979), the sixth studio album of ‘Aerosmith’, was written by Steven and named after his beloved daughter.
Her parents ended their marriage in 1987. By 1990, Mia had moved to New York City with her mother. Her mother was diagnosed with an inoperable brain tumor in 1997. The tumor was responsible for Mia’s mother’s death on September 7, 2002.
Continue Reading Below
You May Like

The Best Black Actresses Of All Time
Career
Mia started her career as a plus-size model. She is managed by ‘Wilhelmina Models,’ a noted talent agency. When Mia was 17 years old, she featured as a VJ on the ‘MTV’ show ‘House of Style.’ The show stressed on fashion, the modeling industry, the lives of models, and topics such as eating disorders.
She has walked the runways of New York and Paris. With time, she developed as a successful plus-size model and was featured in top-notch magazines such as ‘Vogue,’ ‘Moxie Girl,’ ‘YM,’ ‘Teen People,’ ‘Teen,’ and ‘Seventeen.’ She has also graced the cover of the Canadian online monthly fashion magazine ‘Flare.’
She has modeled for ‘MxM’ and ‘H&M.’ She has also campaigned for the Canadian fashion retail brand ‘Penningtons,’ which specializes in plus-size clothing for women, and the American women's clothing chain ‘Lane Bryant,’ which also focuses on plus-size clothing.
While managing her blooming modeling career, Mia also ventured into acting. Over time, she has appeared in many TV programs and big-screen projects, furthering her fame in show business.
She bagged the lead role of ‘Laura Simon’ in the film ‘A Little Bit of Lipstick,’ which released on February 17, 2000, in the US. The same year, she made a cameo appearance in the hit crime comedy ‘O Brother, Where Art Thou?’ The film released on October 19 that year and starred George Clooney, Tim Blake Nelson, and John Turturro.
The 2002-released drama film ‘People Are Dead’ featured her as ‘The Body Snatcher.’
She remained part of the reality TV series ‘Celebrity Fit Club,’ a show that followed eight overweight celebrities in their attempt to lose weight. She appeared in the first season of the show that premiered on ‘VH1’ on January 9, 2005. She lost around 7.7 kg on the show. The following year, she appeared on another ‘VH1’ show, ‘Really Rich Real Estate.’
She essayed the role of ‘Marsha’ in the American buddy cop action–comedy ‘Rush Hour 3,’ the third instalment of the ‘Rush Hour’ film series, starring Jackie Chan and Chris Tucker. The film became a commercial success following its release across the US on August 10, 2007, but received negative reviews from critics.
On August 26, 2008, she released her autobiography, ‘Creating Myself.’ The inspirational and personal memoir narrates the journey of the plus-size diva from uncertainty to recovery and self-acceptance.
Apart from modeling for plus-size clothing, Mia has also ventured into fashion designing. She launched the clothing line ‘Revolution 1228,’ along with designer Victoria Baker-Winfrey, in February 2009. “1228” stands for sizes 12 through 28. The stylish plus-size indie clothing line has been a refreshing change for many plus-size women who consider Mia an inspiration.
She co-judged the ‘Oxygen’ reality show ‘Pretty Wicked,’ along with psychotherapist and radio talk-show host Dr. Jenn Berman and actor, comedian, and motivational speaker Kyle Cease. The show was hosted by fashion model and TV personality Caridee English and aired from March 31, 2009, to August 31, 2010.
In 2014, she appeared in the 13th season of the American reality TV series ‘Hell's Kitchen.’ She was seen as a table guest of the chef in the red kitchen, along with Steven Tyler.
Family & Personal Life
She married ex-‘Papa Roach’ drummer Dave Buckner on stage in 2002, during an ‘Aerosmith’ concert at the ‘MGM Grand Garden Arena’ in Las Vegas. Before he gave away his doting daughter’s hand to Dave, Steven asked the crowd at Vegas to do him a favor by getting him a witness, as his daughter wanted to marry that night. Mia and Dave separated in 2005.
From October 2007 to August 2008, Mia was engaged to guitarist Brian Harrah.
She has been living in New York City since 2014. She is reportedly dating Dan Halen. She gave birth to her first child with him, her son, Axton Joseph, on May 10, 2017.
This multifaceted diva is also an amateur photographer who once mentioned that she enjoyed working behind the lens more than the other way round. She has tattoos all over her body. According to sources, her estimated net worth is around $5 million.

See the events in life of Mia Tyler in Chronological Order