Mekhi Phifer is a popular African-American actor who has also achieved considerable fame as a director, producer and rapper. He was born in New York and currently lives in Los Angeles. His first breakthrough in the acting world came during his college days, when he got a chance to act in a Spike Lee film called ‘Clockers’. His talent was immediately noticed and appreciated and he was further chosen for a TV-film called ‘The Tuskegee Airmen’ that won an Emmy. He officially entered the mainstream Hollywood scenario in 2001, with his role in ‘O’, which is a contemporary remake of William Shakespeare’s ‘Othello.’ Though the film could not make a mark in the box office, his acting skills received praise from some eminent critics. He also starred against the legendary rapper, Eminem, in ‘8 Mile.’ In 2002, he catapulted into fame after winning the Rising Star award in the American Black Film Festival. Eventually, he landed a great offer to act in six seasons of ‘ER,’ Michael Crichton’s award-winning drama series. 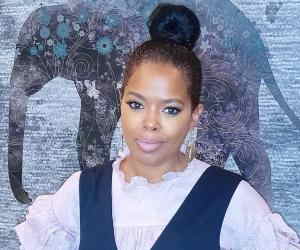 American People
Black Actors
Black Directors
Black Film & Theater Personalities
American Men
Childhood & Early Life
Mekhi Phifer was born on 29 December 1974 in Harlem, New York city. His mother, Rhoda Phifer, was soon abandoned by Mekhi’s father. A schoolteacher by profession, she took care of the boy as a single parent. She was a very committed mother and it never affected Mekhi that he could never meet his father.
Since his mother was a schoolteacher, Mekhi never neglected his education and performed very well in school. He also found time for a few after-school jobs, while exceling in his studies simultaneously.
His love for acting developed at the tender age of seven, when he represented the Ghost of Christmas Present in the play, ‘A Christmas Carol’, as organised by the Harlem community centre.
In 1994, he completed his high school graduation from the Lincoln Square Auxiliary Services High School with good grades. He then enrolled in the electrical engineering program at the reputed State University of New York in New Paltz, New York City. However his acting career that was to begin soon would interrupt his studies.
Continue Reading Below
You May Like

The Sexiest Men Of 2020, Ranked
Career
In 1994, Mekhi Phifer auditioned for Spike Lee’s film, ‘Clockers’, and bagged the role of a narcotics dealer, while competing against around a thousand more contestants!
In 1995, his first music album was released by Warner Brothers Records and bore the title ‘New York Related: The HF Project’. Later on, Phifer participated in many music-related projects like ‘The Boy Is Mine’ (Brandy), ‘Many Men’ (50 Cent) and ‘Don’t Let Go’ (En Vogue).
Inspired by his success so far, he took his chances with a comedy spoof movie, ‘High School High’ (starring his first wife, Malinda Williams) and a horror movie, ‘I Still Know What You Did Last Summer’ (starring Jennifer Love Hewitt and Freddie Prinze, Jr.)
He also worked for many TV-movies like ‘The Tuskegee Airmen’ (1995), ‘HBO’s Subway Stories: Tales from the Underground’ (1997) and ‘Brian’s Song’ (2001). His movie career flourished as well, with films like ‘The Biography of Spud Webb’, ‘NYC’, ‘Hell’s Kitchen’, ‘Soul Food’, and ‘Tears of a Clown.’
As an actor he touched greater heights in the 2000s and beyond with major appearances in films like ‘8 Mile’ (2002), ‘Dawn of the Dead’ (2004), ‘This Christmas’ (2007), ‘A Day in the Life’ (2009). In June 2011, Phifer was cast as CIA agent Rex Matheson in the series ‘Torchwood: Miracle Day’.
Major Works
The year 1996 turned out to be pretty eventful for Mekhi Phifer as he starred as ‘Junior Bunk’ in the popular television crime-drama series, ‘Homicide: Life on the Streets’ in a recurring role. He also played a part in the sitcom, ‘The Wayans Bros’.
In 1999, he gained a lot of popularity after starring in ‘A Lesson Before Dying’ (a TV version of the classic novel), along with Don Cheadle and it rewarded him with a NAACP Image Award nomination.
In 2000, he was involved in the remake project of ‘Shaft’, which also starred Samuel L. Jackson.
His role as Agent Collins in the fourth season of the television series, ‘White Collar’ was much appreciated.
Continue Reading Below
Recently in 2016, he became involved with the famous television series, ‘Frequency’ as a regular actor.
Awards and Achievements
His contribution to the medical drama series, ‘ER,’ as Dr. Gregory Pratt earned him two nominations for an NAACP Image Award. Moreover, he was also nominated for an NAACP Image Award for the TV show, ‘A Lesson Before Dying’.
In 2002, Mekhi Phifer won the Rising Star award from the iconic American Black Film Festival.
In 2004, he won the Celebrity Poker Showdown Championship after defeating Neil Patrick Harris during the 4th season.
Personal Life & Legacy
Mekhi Phifer has a son named Omikaye Phifer, with his first wife Malinda Williams (actress), who he later divorced.
He has a second son named Mekhi Thira Phifer Jr. who was born as a result of his relationship with Oni Souratha.
In 2011, he launched the company, Third Reel Films, an initiative to enable filmmakers to showcase their projects to entertainment representatives.
He tied the knot with his long-term girlfriend, Reshelet Barnes, on 30 March 2013, in Beverly Hills.
He is also a dedicated Chairman of the non-profit organisation, The Vine Group USA that was established in the year 2000 and aims to provide educational resources to various African universities.
In April 2014, Phifer officially filed for bankruptcy with a debt of $1.3 million.
Trivia
Mekhi Phifer is very grateful to his mother for her no-nonsense parenting style and for his proper upbringing even though she was a single parent.
Besides being a well-established actor, Mekhi Phifer is active as an entrepreneur and is the owner of a number of Athlete's Foot athletic shoe store franchises.
He made a guest appearance in the second season of the TV series, ‘Husbands’.

See the events in life of Mekhi Phifer in Chronological Order