Malinda Williams is an American television and film actress and producer, best recognised for playing Tracy "Bird" Van Adams in the American drama television series ‘Soul Food.’ The performance earned her three “NAACP Image Award for Outstanding Actress in a Drama Series’ nominations. Malinda made her small-screen debut in a couple of episodes of the American television sitcom ‘The Cosby Show.’ Moving on, she guest featured in several series, including ‘Miami Vice’ and ‘Sister, Sister’ before landing up as a series regular in the American sitcom ‘Nick Freno: Licensed Teacher.’ Her role as Tracy "Bird" Van Adams in ‘Soul Food’ made her more famous and she later appeared as a series regular in the drama ‘Windfall.’ Malinda has also starred in several television films, including ‘Marry Me for Christmas’ and its sequels. Her big-screen debut happened with ‘A Thin Line Between Love and Hate.’ Over the years she has starred in films like ‘High School High,’ ‘Sunset Park’ and ‘Uninvited Guest’; and also played supporting roles in films such as ‘2 Days in New York,’ ‘Accidental Love,’ ‘Daddy's Little Girls,’ and ‘Idlewild.’
Continue Reading Below 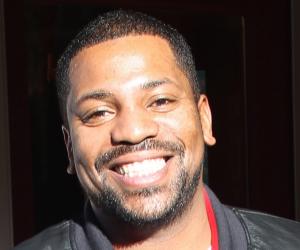 The Best Black Actresses Of All Time
Career
Malinda began her career in television as a child artist, in 1987, with the television sitcom ‘The Cosby Show.’ She featured in two episodes of the series during 1987-1990. Initial television pursuits of the actress saw her guest starring in many series like ‘Miami Vice’ (1989), ‘Roc’ (1993), ‘Sister, Sister’ (1994-1995), and ‘NYPD Blue’ (1996). She essayed the recurring role of Taylor in three episodes of the sitcom series ‘Moesha,’ in 1996.
She made her film debut playing ‘Erica Wright’ in the 1996 blockbuster dark comedy-romance film ‘A Thin Line Between Love and Hate,’ which was directed, co-written by Martin Lawrence. The same year she co-starred in the comedy film ‘High School High’ and in the basketball film ‘Sunset Park.’
In 1997, she became part of the main cast of the sitcom ‘Nick Freno: Licensed Teacher.’ She played the role of ‘Tasha Morrison’ in 21 episodes of the series, from 1997 to 1998. She also featured as ‘Malinda’ in the short film ‘Damn Whitey’ and as ‘Lashawn’ in an episode, ‘The Feminine Mystique,’ of the drama series ‘Dangerous Minds,’ in 1997.
She starred along with Mekhi Phifer and Mari Morrow in the 1999 thriller film ‘Uninvited Guest.’ That year she also portrayed ‘Young Alicia’ in the coming of age film ‘The Wood.’ It fetched her ‘Black Reel Award for Best Actress’ nomination.
Malinda appeared in one of the most memorable roles of her career, ‘Tracy "Bird" Van Adams,’ in the drama series ‘Soul Food,’ in 2000. She played the lead role in all five seasons of the series, from June 28, 2000, to May 26, 2004. It gained her widespread recognition. She also bagged three ‘NAACP Image Award’ nominations for ‘Outstanding Actress in a Drama Series’ (2003-2005) for her performance. The series emerged as the longest running black cast dominated drama in prime-time television history of America.
She featured in the 2000 television film ‘Dancing in September’ and in bit roles in the series ‘Half & Half’ (2003), ‘The Division’ (2004), ‘Law & Order: Special Victims Unit’ (2004), and ‘The District’ (2004).
She played Kimberly George, a series regular in five of the thirteen episodes of the television serial drama ‘Windfall,’ which aired on NBC from June 8, 2006 to August 31, 2006. The same year she also appeared in a supporting role (of Zora) in the musical film ‘Idlewild.’
In 2007, she played supporting role of ‘Maya’ in the romantic comedy-drama film ‘Daddy's Little Girls.’
The 2008 comedy film ‘First Sunday,’ co-produced and starred by Ice Cube, featured Malinda in the role of Tianna Mitchell. Her next film appearance was as Boopsy in the2009 musical crime film ‘A Day in the Life.’
She starred as Casandra in the 2012 drama film ‘The Undershepherd.’ Her performance won her ‘Best Performance by an Actor’ award at the 16th ‘American Black Film Festival.’ In 2012, she also appeared in the film ‘2 Days in New York.’ The film premiered at the ‘Sundance Film Festival’ and later screened at the ‘Seattle International Film Festival’ and at the ‘Tribeca Film Festival.’ She also appeared in the documentary film ‘Side by Side’ that premiered at the 62nd ‘Berlin International Film Festival’ and later screened at the ‘Tribeca Film Festival.’ The same year, she also acted in the television film ‘A Cross to Bear.’
She played the lead role of ‘PJ’ starring along with Keith Robinson and Eva Marcille in the 2013 drama film ‘24 Hour Love.’ That year she also starred as ‘Marci Jewel’ in television film ‘Marry Me for Christmas.’ She then went on to reprise the role in the film’s sequels, ‘Marry Us for Christmas’ (2014), ‘A Baby for Christmas’ (2015), and ‘Merry Christmas, Baby’ (2016).
Meanwhile, from 2013 to 2015, she co-hosted the talk show ‘Exhale’ on Aspire network; played ‘Camille’ in the 2014 television film ‘Girlfriends' Getaway’ and in its 2015 sequel ‘Girlfriends Getaway 2’; and featured in the films ‘Percentage’ (2014) and ‘Accidental Love’ (2015).
Besides her acting pursuits, Malinda also owns a lingerie line, ‘Modern Goddess.’
Family & Personal Life
Malinda was introduced to actor Mekhi Phifer by a friend. According to sources, their love blossomed while the two were working on ‘High School High.’ They dated for a couple of years before Mekhi proposed her during the New Year’s Eve, in 1998. The two tied the knot in a wedding chapel on Valentine’s Day the following year. They have a son, Omikaye. Their marriage hit the rocks in a few years and they eventually ended their marriage in 2003.
She married DJ, rapper, beatboxer, photographer, and producer Derrick Jones, more famous by his stage name ‘D-Nice,’ on August 23, 2008. This marriage, too, remained unsuccessful and the two separated in October 2009. They filed for divorce in February 2010 and their divorce was finalised on June 14 of that year.
You May Like

See the events in life of Malinda Williams in Chronological Order