Who is Meg Ryan?

Meg Ryan is an American actress and producer. She is best known for playing romantic characters on screen. While still in college, Meg decided to earn some extra money through acting and adopted her maternal grandmother’s maiden name ‘Ryan’ as her screen name. She began with television commercials and gradually made her way into audience’s hearts with her performance in several hit romantic-comedy films like ‘When Harry Met Sally,’ ‘Sleepless in Seattle,’ ‘French Kiss,’ and ‘You've Got Mail’ in the 1990s. Since the characters that she portrayed in these movies exhibited sparkling nature and cheerful persona, she came to be regarded as America’s sweetheart. Being a versatile actress, she made deliberate attempts to break away from the romantic-comedy genre from time to time in order to play other kinds of characters like that of an alcoholic high-school guidance counsellor in the film ‘When a Man Loves a Woman.’ Apart from acting, she has also tried her hand at direction. Her directorial debut film ‘Ithaca’ (2015) was based on the 1943 novel ‘The Human Comedy.’ The film starred her son Jack Quaid among others. Meg Ryan has received several awards and nominations, including nominations for prestigious awards like ‘Golden Globe Awards,’ ‘People's Choice Awards,’ and ‘Screen Actors Guild Awards.’ American Women
Connecticut Actresses
New York University
Scorpio Actresses
Childhood & Early Life
Meg Ryan was born Margaret Mary Emily Hyra on November 19, 1961, in Fairfield, Connecticut, USA, to Susan Jordan, a former actress, and Harry Hyra, a mathematics teacher. She has two sisters and a brother. Her parents divorced when she was 15.
She is of Polish, Irish, and German descent. ‘Ryan’ is her maternal grandmother's maiden name which she adopted while registering herself with the ‘Screen Actors Guild.’
She was raised a Roman Catholic and went to ‘St. Pius X Elementary School,’ Fairfield. Later, she studied at ‘Bethel High School’ and graduated in 1979.
In college, she studied journalism at the ‘University of Connecticut.’ She later joined the ‘New York University’ to continue studying journalism. During this period, she acted in television commercials to make extra money. Her success as an actress encouraged her to quit college a semester before her graduation. 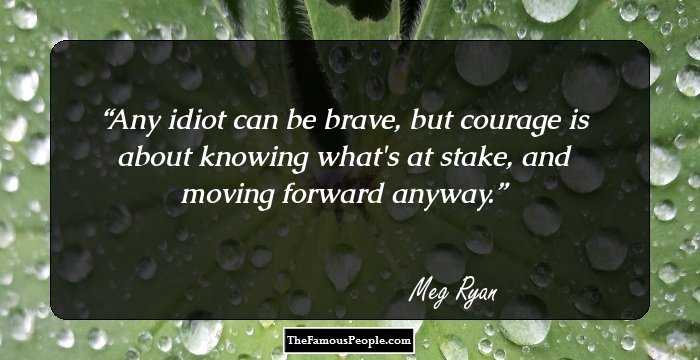 American Directors
Female Film Directors
American Actresses
Actresses Who Are In Their 50s
Career
Meg Ryan debuted in George Cukor's film ‘Rich and Famous’ (1981). Thereafter, she played the character of ‘Betsy Stewart’ in the daytime drama ‘As the World Turns’ from 1982 to 1984.
Around this time, she appeared in a ‘Burger King’ commercial. As a result, she landed several minor film and television roles, including roles in ‘Charles in Charge,’ horror thriller film ‘Amityville 3-D’ (1983), and an action-crime comedy film ‘Armed and Dangerous’ (1986).
In 1986, she essayed the role of ‘Carole Bradshaw,’ a naval flight officer’s wife, in ‘Top Gun.’ The following year, she featured in a science-fiction comedy film titled ‘Innerspace.’ She then landed a role in the drama film ‘Promised Land,’ earning her first ‘Independent Spirit Award’ nomination.
In 1988, she appeared in the remake of the famous 1949 noir film ‘D.O.A.’ The next year, she played her first lead role in the romantic comedy film ‘When Harry Met Sally.’ The film earned her a ‘Golden Globe Award’ nomination for her performance as ‘Sally Albright.’
Subsequently, she appeared in films like ‘The Doors’ (1991) and ‘Prelude to a Kiss’ (1992). In 1993, she appeared alongside Tom Hanks for the second time in the immensely popular romantic comedy film ‘Sleepless in Seattle.’
Next, she took up diverse roles in order to avoid being stereotyped. In the social drama film ‘When a Man Loves a Woman’ (1994), she played an alcoholic high-school guidance counsellor and received her first nomination at the ‘Screen Actors Guild Awards.’ The same year, she also appeared in Fred Schepisi's romantic comedy ‘I.Q.’ (1994).
In 1995, she featured in Lawrence Kasdan's romantic comedy ‘French Kiss.’ Two years later, she voiced the lead role in the hit animated film ‘Anastasia.’
In 1998, she featured in ‘City of Angels.’ The same year, she played a leading role in the commercially successful film ‘You've Got Mail.’ In ‘You've Got Mail,’ she was once again paired with Tom Hanks and her performance in the film earned Ryan her third ‘Golden Globe’ nomination. She also appeared with Sean Penn in ‘Hurlyburly’ (1998).
In 2000, she starred in Diane Keaton’s family comedy-drama film ‘Hanging Up.’ The same year, she also appeared in the action thriller film ‘Proof of Life’ alongside Russell Crowe.
Continue Reading Below
In 2001, she starred opposite Hugh Jackman in James Mangold’s romantic comedy film ‘Kate & Leopold.’ ‘Kate & Leopold’ became her highest-grossing film.
In 2003, she acted in Jane Campion's erotic thriller film ‘In the Cut’ alongside Mark Ruffalo and Jennifer Jason Leigh. The film received mixed reviews from critics. She also appeared in the sports drama film ‘Against the Ropes’ in 2004.
In 2007, she starred as ‘Sarah Hardwicke,’ a wife and mother fighting breast cancer, in Jon Kasdan's independent film ‘In the Land of Women.’ The film received mixed reviews from critics, but earned $17.5 million worldwide. Ryan received appreciation for her performance.
In 2008, she starred in a satirical comedy film titled ‘The Deal,’ which was directed by Steven Schachter. The film premiered at the 2008 ‘Sundance Film Festival,’ and earned mixed reviews. She also appeared in George Gallo's action comedy film ‘My Mom's New Boyfriend’ which received negative reviews.
In 2008, she also appeared in ‘The Women,’ a remake of the 1939 film of the same name. She portrayed a wealthy woman whose husband cheats on her with a shop girl. Although the film received negative reviews, it became a worldwide commercial success.
In 2009, she featured alongside Kristen Bell and Justin Long in the independent comedy film ‘Serious Moonlight.’ The film received mixed reviews, but Ryan’s performance was highly praised. The same year, she also guest-starred in the seventh season of ‘Curb Your Enthusiasm.’
After being part of a few films that didn’t materialize, she finally appeared in the PBS documentary ‘Half the Sky: Turning Oppression into Opportunity for Women Worldwide’ (2012). The same year, her audio-book recording of William Saroyan's ‘The Human Comedy’ was also released.
In 2013, she filmed five episodes of her improvisational comedy series ‘Web Therapy.’ Next, she featured in the ABC family film ‘Fan Girl’ which premiered at the ‘Los Angeles Film Festival’ in 2015.
In 2015, she made her directorial debut with a drama film titled ‘Ithaca,’ which was based on William Saroyan’s novel ‘The Human Comedy.’ Besides Ryan, the film also starred Sam Shepard, Tom Hanks, Hamish Linklater, Christine Nelson, and Ryan’s son Jack Quaid.
Continue Reading Below
Recommended Lists:

American Female Directors
Women Film & Theater Personalities
American Film & Theater Personalities
American Female Film & Theater Personalities
Major Works
In 1989, Ryan starred in the romantic comedy film ‘When Harry met Sally…’ She played the title role of ‘Sally Albright’ opposite comedian Billy Crystal who starred as ‘Harry.’ Her performance earned her a ‘Golden Globe’ nomination.
She played the character of ‘Annie Reed’ in the romantic comedy drama ‘Sleepless in Seattle’ in 1993. The film became an international blockbuster soon after its release. It also earned her several award nominations for ‘Best Female Performance.’
In 1998, she played ‘Kathleen Kelly’ opposite Tom Hanks in the romantic comedy-drama film ‘You've Got Mail.’ The commercially successful film explores the lives of two people who begin an online relationship unaware of the fact that they are business rivals. Her performance in the film won her several ‘Best Actress’ award nominations.
Her 2001 romantic comedy ‘Kate & Leopold’ became the highest-grossing movie of the decade. Directed by James Mangold, the film narrates an unusual love story of a British Duke who time travels and lands in modern-day New York and falls in love with a successful market researcher.
Recommended Lists:

Scorpio Women
Awards & Achievements
In 1990, she won the ‘American Comedy Award’ under the ‘Funniest Actress in a Motion Picture’ category for her performance in ‘When Harry met Sally…’
In 1994, for her performance in ‘Sleepless in Seattle,’ she won the ‘American Comedy Award’ for ‘Funniest Actress in a Motion Picture.’
In 1994, Meg Ryan won Harvard's ‘Hasty Pudding Woman of the Year’ title. The same year, ‘People’ magazine named her one of the ‘50 most beautiful people in the world.’
In 1995, she was presented with the ‘Women in Film Crystal Award’ which honors “outstanding women who, through their endurance and the excellence of their work, help to expand the role of women within the entertainment industry.”
In 1999, ‘You’ve Got Mail’ earned her the ‘Blockbuster Entertainment Award’ for Favorite Actress – Comedy/Romance.’
Personal Life & Legacy
Meg Ryan married her co-actor Dennis Quaid on February 14, 1991, and the marriage lasted for a decade. The couple was blessed with a son Jack Quaid who went on to become an actor.
In 2006, she adopted a girl child named Daisy True from China. In 2010, she started dating American rock singer-songwriter John Mellencamp. In 2018, she announced her engagement to John. In 2019, it was reported that the engagement was broken off.
‘8353 Megryan’ is an asteroid which is named after her.
Trivia
She turned down the role of ‘Vivian Ward’ in ‘Pretty Woman’ (1990) which was eventually played by Julia Roberts.
She was a member of the jury at the 2003 ‘Festival International de Cannes.’
Net Worth
Meg Ryan has an estimated net worth of $45 million.

See the events in life of Meg Ryan in Chronological Order