Jesse Ridgway is a born artiste! He started showing interest in acting at a very young age. Rather than trying to enter mainstream movies’ business in Hollywood, he wanted to achieve something on his own. Hence he got some training in a local acting school. His favorite genre of movies in his school days was horror. When he was just fourteen years old, Jesse Ridgway started making horror videos. Due to the uniqueness of his videos, he got a good initial following on YouTube. After tasting success, he started focusing on short videos. Short videos ranging from a few seconds to a few minutes proved to be very appealing to the younger audience. He started getting a good fan following among people of his age. He continued his education in the entertainment sector and got a graduation degree in Radio/TV/Film studies. He got affiliated with some famous hashtags that deal with horror and psycho analysis like #PsychoStreamRaid which were trending in the years 2015 and 2016. One of his videos titled ‘Psycho Kid Ruins Thanksgiving’ went viral on the internet and increased his image. 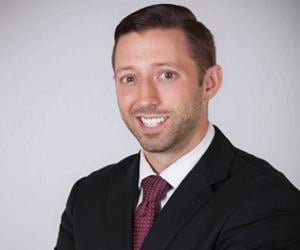 American People
New Jersey YouTubers
Male Viners
Male Youtubers
Libra Youtubers
The Meteoric Rise to Stardom
Even though Jesse Ridgway became famous for his short videos and skits, he got real fame when started making his own miniseries. He produced, acted, and directed a number of miniseries like ‘Overachievers’, ‘The G.A.M.E.’, and ‘Rule 19’ which boosted his image as a complete artiste. Later he made another popular TV series called ‘Psycho Series.’ He directed this series on his own and hence got a lot of popularity. The series had a fifty episode run and 400+ vlogs that were posted on his YouTube and Twitch accounts. Jesse played the role of a manipulative man-child who terrorizes everyone in his home and neighborhood. He got a lot of appreciation for his performance in this series as he tried to act as realistically as possible. He made a lot of money through the series and could pay off his US $ 70,000 college debt through this money. He later directed another miniseries called ‘C-R-I-S-I-S’ which was completely shot in Switzerland. The miniseries was also a success and satisfied his fans who were suffering from withdrawal symptoms of his ‘Psycho Series.’
Recommended Lists:

Who Is The Most Popular BTS Member?
Continue Reading Below
What Makes Jesse Ridgway So Special
What makes Jesse Ridgway so special is his focus on giving quality programs to his fans. His short videos are to the point and do not lose focus from the main theme. He does not even mind taking major risks while performing in his videos. He has even suffered major injuries due to the risks he likes to take. In the year 2014, he suffered from a major brain injury while filming for a skit. He fell face-first on a hard table and was hospitalized for weeks before he could recover completely.
Recommended Lists:

Beyond Fame
Jesse Ridgway maintains good relationships with his family and other costars. He was in a relationship with a girl called Juliette Reilly in 2013. Then he started dating Kate. In the year 2015, rumors surfaced in certain sections of media that Jesse Ridgway and his girlfriend were having differences and were about to part. Currently they are said to have broken up. Jesse takes special interest in charitable activities. For every six months of fan mail, Jesse Ridgway donates $500 to charitable organizations that care for children from abusive households.

Behind the Curtains
Jesse Ridgway was born to caring parents. He is younger of two siblings and not much is known regarding him other than this. Apart from his interest in acting, he has other interests as well. He gives a lot of importance to physical fitness and is an exercise junkie. He has successfully completed the exercise regimen ‘Insanity Program’, which is considered to be one of the toughest, about eight times. Contrary to other artistes who gain popularity at a very young age and hence do not focus much on education, Jesse Ridgway was a good student from an early age. He did his graduation with merit in the area of Radio/TV/Film. During his childhood he was immobilized for weeks when he stepped onto hot asphalt by mistake. The same year he again sustained major injuries when he was attacked by a dog. However he quickly recovered from the injuries and started focusing on his career.