Mayer Amschel Rothschild was a German Jewish Banker who founded the prestigious Rothschild banking dynasty. Commonly referred to as the ‘Founding Father of International Finance,’ he established an extensive business that encompassed not only banking and finance, but also covered other fields like real estate, mining, and winemaking. In 2005, Forbes came out with a list of ‘The Twenty most Influential Businessmen of all time’ where he was placed at the seventh position. During the later part of the 19th Century, the Rothschild family possessed the largest private fortune and wealth in the world. The Rothschilds are also among the most valuable private families in today’s context. The Rothschild dynasty began in the city of Frankfurt which was a major center of trade in the 18th century, with many bankers and wholesale merchants. Towards the late 19th and early 20th centuries, aside from owning the largest banks in the world, Mayer’s descendants engaged in mining, energy, real estate, and winemaking ventures as well. Their affiliation with various political and military rulers combined with the fact that the Rothschild family had finalized major economic deals in several superpower nations have led to several conspiracy theories regarding the family. It is generally believed that the family has major connections with all the leaders of the world and they work together to control the economy via domination of manufacturing industries, finance, and the arms trade. Chanda Kochhar
Bankers #14
Business People #380
DID WE MISS SOMEONE?
CLICK HERE AND TELL US
WE'LL MAKE SURE
THEY'RE HERE A.S.A.P
Quick Facts

German People
German Bankers
Pisces Entrepreneurs
German Business People
Pisces Men
Childhood & Early Life
Mayer Amschel Rothschild was born on 23 February 1744 in Free Imperial City of Frankfurt, Holy Roman Empire. His parents were Amschel Moses Rothschild and Schonche Rothschild, and he was one of their eight children.
His father was a businessman and had a trading and currency exchange business. At the time of Mayer’s birth, his father was the personal supplier of coins to the Prince of Hesse.
The Rothschild family was traditionally from Europe. Their ancestry can be traced back to the 16th century.
Continue Reading Below
You May Like

The Hottest Male Celebrities With The Best Abs
Business Career
Mayer Rothschild stepped into the world of finance with the attainment of an apprenticeship under Jacob Wolf Oppenheimer, who was in charge of the banking firm belonging to Simon Wolf Oppenheimer in the city of Hannover in the year 1757.
Jacob, who was the Grandson of Simon Wolf, gave Mayer Rothschild vast knowledge of the banking system in general. Rothschild also received first class training in foreign trade and currency exchange. After his apprenticeship, Rothschild went back home to Frankfurt in 1763, and began to work with his brothers’ business.
Mayer started dealing in various sectors, most importantly rare coins, which ended up winning him the praise and patronage of Crown Prince Wilhelm of Hesse. Prince Wilhelm already held Mayer’s father in high regard and Mayer himself was awarded the title of ‘Court Factor’.
As the Rothschild family’s business continued to grow, Mayer became involved in several other princely courts too. When he was a young man, the French Revolution took place and Rothschild was made in charge of handling payments to Great Britain as they sought to hire mercenaries.
The beginning of the 19th century proved even more fruitful for the Rothschild family as they began to spread their businesses across Europe. Following Napoleon’s invasion of Hesse in 1806, the princely states were taken down from power, but Mayer Rothschild was given permission to continue his banking business, and he began investing heavily in London.
Personal Life
Mayer Amschel Rothschild married Guttle Schnapper in August 1770. She was the daughter of Wolf Salomon Schnapper. The couple had five sons and five daughters. He brought up each of his sons as heirs to his business, teaching them all the important tricks of the trade.
He married all his daughters to Jews who occupied high positions of power or importance. Furthermore, he instructed each one of his sons to replicate his success in Frankfurt in five different cities all across Europe. These cities were financial centers and the hubs of the world’s economy in the colonial world at the time. His sons set up banks and businesses in London, Naples, France, Austria, and Poland.
As the 19th century wore on, the Rothschild banking family became the most powerful and valuable one in Europe. They controlled the currency exchange to such a level that they could dictate the ebb and flow of wars and political confrontations all across Europe.
Mayer Rothschild died on 19 September 1812 in his birthplace of Frankfurt am Main. His body was buried in an old Jewish cemetery at Frankfurt, which was right next to the ghetto, the Judengasse.
His sons and grandsons carried on his legacy by expanding the family business from Europe to overseas. By the end of the 19th century, they had significant influence in the economies of America, England, Germany, Spain, France, Italy, and Austria, who were the leading colonial powers of the world at the time.
You May Like 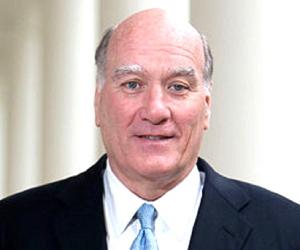