MaximeB is a Canadian TikTok star who has been an inspiration for people suffering from Treacher Collins Syndrome and bullying. He was diagnosed with Treacher Collins Syndrome after birth. Having suffered from bullying due to his condition, he has been raising awareness about it. He is one of the most popular stars on TikTok, having amassed a huge following on the platform. He managed to do that by posting funny comedic videos and music covers featuring himself on the app. His willingness and determination to show through his videos that people suffering from disabilities should not be bullied and treated with respect have endeared him to millions. The TikTok star is also involved with social causes like raising awareness for cancer. To express his support and fight against cyberbullying, he wore a pink shirt on Pink Shirt Day in 2016. Kaila Novak
DID WE MISS SOMEONE?
CLICK HERE AND TELL US
WE'LL MAKE SURE
THEY'RE HERE A.S.A.P
Quick Facts 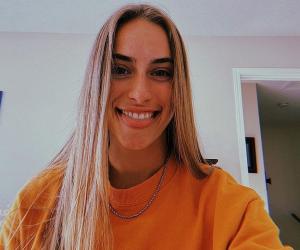 MaximeB joined TikTok as a means to make funny videos and skits. Soon, he started gaining the attention of viewers worldwide as people were surprised to see someone so young suffering from Treacher Collins Syndrome shine in social media. It is a genetic disorder that causes deformity of face, eyes, ears, mouth and can have serious consequences like breathing problems, etc. Needless to say, his videos started attracting cyberbullies as well. He was bullied mercilessly for his looks and even posted a TikTok video titled Stop Bullying MaximeB with the lyrics, “We are young / We are strong / And we will sing this song together.” This prompted a response from even the likes of Ellen DeGeneres who promoted the video on ellentube with the message “I just heard MAXIMEB on Musically App is being bullied and I had to right away Let everyone know ITS NOT RIGHT #StopBullying #Love #Laugh #Dance a little more it better!! Love you MAXI.”

More than 500K fans had started following his channel by February 2016. MaximeB started posting music covers, dance videos, and funny videos including commentaries featuring himself. In spite of his difficulty with speech, his honest attitude and innate talent caught the attention of millions. On June 8, 2016, he announced that he had just crossed 900K followers on TikTok (known as Musical.ly).

On June 28, 2016, MaximeB crossed the biggest milestone in his career when he announced on Instagram that he had more than 1 million fans on his TikTok account. This was the fastest anyone had achieved something like this within a month. He currently has over 2.1 million fans. His videos also promote awareness against bullying and cyberbullying. He has also collaborated with other TikTok stars like Ally Jenna. MaximeB has also been active on the live video streaming and conversation website, YouNow, since January 9, 2016.

MaximeB was born in Edmonton, Canada, on December 7, 2001. He was diagnosed with Treacher Collins Syndrome. He has a brother named Kevin and not much is known on social media about his parents. He enjoys traveling and riding his hover board. 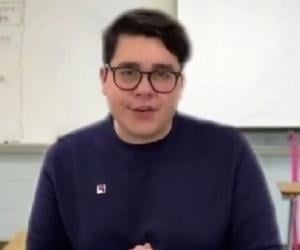