Advanced Search
Matt Patricia is an NFL coach who serves as the head coach of the ‘Detroit Lions’. Before that, he gained fame as an assistant coach for the ‘New England Patriots’. Some of the positions he has held over the years have been an offensive assistant, linebackers coach, safeties coach, and defensive coordinator. He started his coaching career in college football. He has worked as an assistant coach with college teams like the ‘Syracuse Orange’, the ‘Amherst Mammoths’, and at the ‘Rensselaer Polytechnic Institute’. He was mentored in the NFL by none other than Bill Belichick. Matt Patricia has been part of three ‘Super Bowl’ winning coaching teams for the ‘New England Patriots’. He has also been featured in the TV series documentary ‘NFL Films Presents’. Patricia has also gained a reputation for not being too co-operative with reporters who have been severely critical of his early failures with the ‘Detroit Lions’. Tyronn Lue
DID WE MISS SOMEONE?
CLICK HERE AND TELL US
WE'LL MAKE SURE
THEY'RE HERE A.S.A.P
Quick Facts

American People
American Coaches
Male Sportspersons
American Sportspersons
Virgo Men
Career
While studying at the ‘Rensselaer Polytechnic Institute’, Matt Patricia was a four-year letterman. He played for the ‘RPI Engineers’ team as a center and as a guard from 1992 until 1995. In 1996, he started his coaching career as a graduate assistant for the ‘Rensselaer Polytechnic Institute’ football team. Simultaneously, he was also working from 1996 until 1998 as an application engineer with the ‘Hoffman Air & Filtration Systems’, East Syracuse, New York. He was then offered a position with the ‘Westinghouse Electric Company’.
However, he opted for college football. From 1999 until 2000, he served as the defensive line coach for the ‘Amherst Mammoths’ of the ‘Amherst College’. The team recorded a 12-4 win-loss record during his tenure. From 2001 to 2003, he worked as a graduate assistant for ‘Syracuse Orange’.
In 2004, Matt Patricia joined the ‘New England Patriots’ as an offensive coaching assistant under head coach Bill Belichick. The ‘New England Patriots’ won ‘Super Bowl XXXIX’ on February 6, 2005, beating the ‘Philadelphia Eagles’ by the score of 24-21. This was Patricia’s first ‘Super Bowl’ win as an assistant coach. The next year, he was assigned the position of assistant offensive line coach. In the 2006 season, he was again reassigned to the position of linebackers coach. He held the position until 2011 when he was made the safeties coach.
He had already started calling the defense plays since 2009, after the departure of Dean Pees from the ‘New England Patriots’. In 2012, Patricia was officially made the defensive coordinator for the team. During his tenure, the team won two more ‘Super Bowls’. The ‘New England Patriots’ won ‘Super Bowl XLIX’ on February 1, 2015, beating ‘Seattle Seahawks’ with a score of 28-24. They also won the ‘Super Bowl LI’ again on February 5, 2017. They beat the ‘Atlanta Falcons’, 34–28.
Matt Patricia joined the ‘Detroit Lions’ as their head coach on February 5, 2018. Unfortunately, he inherited a struggling team. This was clearly reflected in the team’s first two games under him. They lost the first one to the ‘New York Jets’, 17-48 on September 10, 2018. They lost the second one to the ‘San Francisco 49ers’, 27-30, on September 16, 2018. Amidst rumors of the team losing faith in him and conflicts with the press, he turned it around on September 23, 2018. He got his first win as NFL head coach against his old team, the ‘New England Patriots’. In spite of that, his first season as a head coach ended with 6 wins and 10 losses. The team finished fourth in the National Football Conference, North Division.
The ‘Detroit Lions’ have begun their 2019 season under Matt Patricia much better. They drew the first match against the ‘Arizona Cardinals’, 27-27, on September 8. They won 13-10 against the ‘Los Angeles Chargers’ on September 15. They won 27-24, against the ‘Philadelphia Eagles’ on September 22. Their only loss has been against the ‘Kansas City Chiefs’ on September 29, 2019.
Continue Reading Below
Family & Personal Life
Matthew Edward Patricia was born on September 13, 1974, in Sherrill, New York, USA. His parents are both teachers. He went to the Vernon-Verona-Sherrill High School in New York and played football for them. He attended college at the ‘Rensselaer Polytechnic Institute’. He graduated in 1996 with a Bachelor of Science degree in Aeronautical Engineering.
Matt has been married to Raina Grigelvick Patricia since 2009. His wife was an active member of the ‘Patriots Women Association’ until Matt left the ‘New England Patriots’. They have three children together, sons, Dominic and Dante, and daughter Giamina. 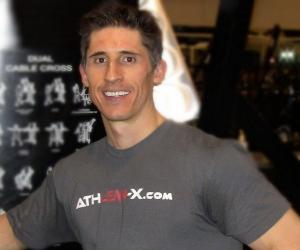