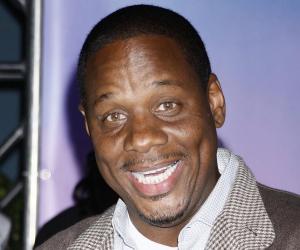 Who is Mary J. Blige?

Mary Jane Blige is a prolific American musician, singer-songwriter, actress, and model. She started her career as a background singer in the late 1980s, and a few years later, in 1992, she was all ready to launch her music career with her debut album, ‘What’s the 411?.’ Her glorious career took off with her debut, and to date, she has released 13 studio albums and has garnered immense international success. Eight of her 13 albums have been honored as “multi-platinum” by the ‘Recording Industry Association of America’ (RIAA). She has won 9 ‘Grammy Awards’ and has achieved 22 nominations. Known as the “Queen of hip-hop soul,” Mary has redefined the genre and has inspired a new wave of artists, who have entered the industry to follow in her footsteps. In 2001, she made her film debut with ‘Prison Song.’ She also starred in the films ‘Rock of Ages’ and ‘I Can Do Bad All by Myself.’ She reached the peak of her acting career with the 2017 film ‘Mudbound,’ which won her several awards and nominations.
Recommended Lists: Hip Hop Singers
Lyricists & Songwriters
Rhythm & Blues Singers
American Women
Childhood & Early Life
Mary J. Blige was born on January 11, 1971, in the Bronx, New York, to Cora and Thomas Blige. She grew up with her elder sister. However, all was not well in the family, as her parents spent most of their time fighting on petty issues and divorced when Mary was just 4 years of age.
Her mother took both the sisters along with her to Georgia. However, the lifestyle there did not suit them well, and she returned to New York and settled in a shady area, infested with rapists, murderers, and thieves. Mary spent most of her early days in constant fear for her life, amidst a “not so ideal” place for little girls.
Soon, she grew extremely fond of hip-hop music, owing to the collection owned by her mother. Mary would practice singing every now and then. Her sister and mother supported her to take her passion forward, which made her win a local singing competition when she was 8 years old.
Her occasional visits to her father also helped her in developing a keen taste in music, which continued with her performances at church choirs and family gatherings. As music consumed most of her time, she decided to quit high school while still in junior high. Following this, she concentrated only on her music projects.
Soon, she got acquainted with someone at ‘Uptown Records,’ a label that was known to cater to budding artists, and joined the studio as a background singer. Her talent was not recognized till she got in touch with Puff Daddy, who became a mentor to young Blige.
He became the executive producer for her debut album and helped her bring her dream project to life.
Continue Reading Below
You May Like

New Yorkers Musicians
Women Singers
Women Musicians
Capricorn Singers
Career
In July 1992, Mary’s first album, ‘What’s the 411?,’ was released. Surprisingly enough, it was accepted by both the critics and the public. It was a unique blend of two distinct genres of music, soul and hip-hop, but resonated well with the listeners. The album topped the ‘Billboard 200’ chart.
Two singles from the album, ‘Real Love’ and ‘You Remind Me,’ became particularly famous, and the American music industry ushered in a new era named “Mary J. Blige.” She was young, talented, and highly creative.
Her second album, ‘My Life,’ released in 1995. It expressed the pains she had gone through in her personal life and mellowed down the hip-hop part. It seemed to aim to connect with the listeners on an inner level and succeeded in doing so. The album topped the music charts and sold millions of records, establishing the fact that Mary was not a “one hit wonder.”
In 1996, ‘My Life’ received a ‘Grammy’ nomination for the ‘Best R&B Album.’ Although she lost the award, she managed to win the ‘Best Rap Performance’ honor for her performance with Method Man. ‘My Life’ also marked the end of her run with several of her close associates and with the label ‘Uptown.’ This was partly due to the internal struggle she faced with drug and alcohol abuse, which also resulted in people using her to make money.
She signed with ‘MCA.’ In 1997, she released her next album, ‘Share My World.’ Experts felt that working with an entirely new team had changed something about her music, which now sounded more like traditional soul music.
Her fourth album, ‘Mary,’ followed the same track. By then, it was clear that Mary was parting ways with her usual style, which was a mix of ghetto beats and soul music. Her music was slowly drifting toward soul, which was perceived as a good sign.
Her next album, ‘No More Drama,’ introduced some more commercial elements to her music, and the album repeated the success of her previous albums. It proved to be the most personal work of Mary yet, and the songs reflected her struggles in life and her heartbreaks.
Her next two albums, ‘Love and Life’ and ‘The Breakthrough,’ further proved that she had transcended her usual hip-hop and soul music style and that she was evolving as an artist. The lead single from ‘The Breakthrough,’ ‘Be Without You,’ became a sensational hit and remained on the top of many charts for weeks.
In 2008, her eighth album, ‘Growing Pains,’ released and helped her complete her hat-trick, as the album graced the ‘Billboard 200’ and the ‘Hot R&B/Hip-Hop Songs’ charts. In 2009, she released another album, ‘My Life II… The Journey Continues (Act 1),’ which achieved the “gold” certification.
In 2013, she released her first holiday album, ‘Mary Christmas,’ which was a lot more cheerful than her previous attempts and went on to garner immense critical and commercial acclaim.
In 2014, she collaborated with a few other musicians to work on the soundtrack of the film ‘Think like a Man Too.’ Although it was received well, Mary was severely unhappy with the producers for not promoting it much. It was one of Mary’s most underrated performances to date.
She then went to London to record her next album, ‘The London Sessions.’ Soon, two singles from the album topped the ‘Billboard’ charts. She also collaborated with Kanye West, on the single ‘Love Yourself,’ for her album ‘Strength of a Woman.’ In April 2017, the album released to immense critical and commercial acclaim.
Mary J. Blige has also ventured into films. She made her debut with ‘Prison Song’ in 2001. Prior to that, she had appeared on the TV sitcom ‘The Jamie Foxx Show.’
She continued with films such as ‘Rock of Ages’ and the period drama ‘Mudbound.’ Mary received widespread critical appreciation and a number of awards and nominations for her performance in ‘Mudbound.’
Recommended Lists:

American Singers
Capricorn Musicians
American Musicians
Female Soul Singers
Personal Life
Mary J. Blige has often stated that she has had a troublesome personal life, as a child and even after earning fame. She resorted to drugs and alcohol during the early phases of her career, which she considers to be the darkest phase of her life.
She met Kendu Issacs in the early 2000s and stated that he made her fall in love with herself again. They married in 2003, but the association ended in 2016 when Mary filed for a divorce.
Recommended Lists:

See the events in life of Mary J. Blige in Chronological Order