Mary Elizabeth Ellis is an American actress and writer. She is best recognized for her role as “The Waitress” on FX’s ‘It's Always Sunny in Philadelphia’ and as Caroline in the Fox’s sitcom ‘New Girl’. Since 2017, she has been playing Lisa Palmer in Netflix’s horror comedy series ‘Santa Clarita Diet’. Born in Laurel, Mississippi, Ellis grew up alongside a sister. She started acting in school, performing in local stage productions and pursued it professionally following her graduation from Southern Methodist University. Besides being an actress, Ellis is a talented writer as well. In addition, she is a trained gymnast who has taught gymnastics for about ten years. She is also a member of a performance-art group called Discount Cruise to Hell. An incredibly health-conscious woman like many other actresses, she loves to practice yoga in her free time. Since 2006, Ellis has been married to actor cum producer Charlie Day. Together, they have a son.
Continue Reading Below 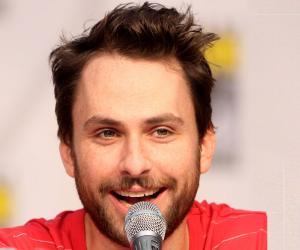 American People
American Women
Mississippi Actresses
Southern Methodist University
Taurus Writers
Career
Mary Elizabeth Ellis got her first major acting role in 2005 when she was cast in the series ‘It's Always Sunny in Philadelphia’ as “The Waitress,” a role she is playing till date. In 2008, she made her film debut in ‘A Quiet Little Marriage’ which earned the Best Narrative Feature award at that year’s Slamdance Film Festival. This was followed by her role in the comedy series ‘Perfect Couples’ which aired in 2011. That year, the actress was also cast as Caroline, the character Nick's ex-girlfriend, in ‘New Girl’.
In the early 2010s, Ellis featured in the sitcoms ‘Georgia’, ‘Up All Night’ and ‘Happy Endings’. From 2015 to 2016, she co-starred with Rob Lowe and Fred Savage in the sitcom ‘The Grinder’. During this period, she also appeared in the films ‘Free State of Jones’ and ‘Masterminds’. While ‘Free State of Jones’ is a historical period war flick inspired by the life of the American soldier cum farmer, Newton Knight, ‘Masterminds’ is a comedy movie based on The Loomis Fargo Bank Robbery of October 1997.
In 2017, Ellis joined the cast of the horror comedy web TV series ‘Santa Clarita Diet’ as Lisa Palmer. That year, she also had a voice role in the episode "Roaches" of the animated comedy series ‘Animals.’ In 2019, she had a guest role in an episode titled "Margaret Jr." of the comedy drama ‘The Cool Kids’.
In the near future, the talented actress will be seen in the romantic comedy ‘The Truth About Lies’ where she will share screen space with Fran Kranz, Chris Diamantopoulos and Odette Annable.
Mary Elizabeth Ellis has also performed in numerous stage plays including ‘The Tempest’ and ‘Killer Joe,’ the latter of which premiered at Artists Repertory Theatre Portland in 2002.
You May Like