John Richard Schlesinger was an eminent Academy Award winning English film director, counted among England’s new lot of directors of the 1960s who successfully ushered a new perspective and modern outlook in their films. Schlesinger made his debut in the film industry in the 1950s as an actor in supporting roles in British films as also in TV productions. His first directorial venture was a short documentary titled ‘Sunday in the Park’ which was followed by others including one on renowned composer, conductor and pianist, Benjamin Britten. He endeavoured into a full-fledged directorial career in the 1960s. Starting with the fiction ‘A King of Loving’ for the next almost four decades he delivered several critically acclaimed and hit films working both in the US and in his homeland. Some of his finest films were ‘Darling’, ‘Pacific Heights’ and ‘Midnight Cowboy’ of which the latter earned him ‘Academy Award for Best Director’. His stage directions included plays like ‘Timon of Athens’ (1965), ‘I and Albert’ (1972) and George Bernard Shaw's famous play ‘Heartbreak House’ (1975). Many operas like ‘Les contes d'Hoffmann’ (1980) and ‘Der Rosenkavalier’ (1984) were directed by him. In recognition to his contributions in films he was made a Commander of the Order of the British Empire (CBE) in 1970. On January 10, 2003, a Golden Palm Star was dedicated in his honour on the Palm Springs Walk of Stars. British Celebrities
British Men
British Directors
British Theater Personalities
British Film & Theater Personalities
Childhood & Early Life
He was born on February 16, 1926, in London, UK, in the middle class Jewish family of Bernard Edward Schlesinger and Winifred Henrietta (née Regensburg) as their eldest son.
His father was a paediatrician and both his parents were musicians who infused an interest on arts in Schlesinger from an early age. While his father played cello and mother the violin, he enjoyed playing piano.
Although initially he wished to be an architect, a home movie camera that was gifted to him when he was just 10 changed his earlier plan and the little boy seemed to be engrossed with his new toy.
He attended St Edmund's School in Hindhead and thereafter ‘Uppingham School’ in Uppingham, Rutland.
During the ‘Second World War’ he served the ‘Royal Engineers’ and there he made ‘Horrors’, an amateur film.
Post war he joined ‘Balliol College’ at ‘Oxford University’ and studied English Literature. While in college he became associated with its Undergraduate Dramatic Society and acted in several stage productions. He later became President of the society and travelled with it across America.
Gradually he started taking interest in photography and made several experimental films while in college, many of which were acknowledged with awards. In 1948, still studying in college, he made ‘Black Legend’, his first short film.
Continue Reading Below
You May Like

The Hottest Male Celebrities With The Best Abs
Career
Following his graduation in 1950 he made his debut in stage and films in Britain and was later inducted as a freelance documentarian by ‘BBC’.
His stage performances with theatrical troops made him tour the US, New Zealand and Australia in the early 1950s.
His early film career in the British film industry saw him performing in supporting roles in films such as ‘The Divided Heart’ (1954), ‘Oh... Rosalinda!!’ (1955) and ‘The Battle of the River Plate’ (1956). He simultaneously performed in many British TV productions like ‘The Vise’, ‘The Adventures of Robin Hood’ and ‘BBC Sunday Night Theatre’.
In 1956 he made his directorial debut with ‘Sunday in the Park’, a 15 minute short documentary that gave a carefree perspective of Londoners out for the day in the city’s Hyde Park.
He was inducted by ‘BBC TV’ as a director in 1957 and from 1958 to 1961 Schlesinger made several documentaries, well over 20 for two of its programs -‘Tonight’ and ‘Monitor’.
He worked as second unit director in 23 episodes of the 1959 Sapphire Films production ‘The Four Just Men’, a TV series. He also remained exterior director of another TV series ‘Danger Man’ in four of its episodes.
He turned his focus to directing in the 1960s and by that time gave up acting. His 1961 documentary ‘Terminus’ that he made for the ‘British Transport Films’ featuring a "fly-on-the-wall" view of the Waterloo Station in London, in an ordinary day earned him the ‘Venice Film Festival’ Gold Lion and also a British Academy Award. Other notable documentaries directed by him were ‘Israel: A Right to Live' (1967) and ‘Visions of Eight’ (segment, ‘The Longest’ in 1973)
The film with which he made a mark as a director of mainstream cinema was the British drama ‘A Kind of Loving’ that was released in the UK on April 12, 1962 and in the US on October 1, 1962. Based on the 1960 novel by Stan Barstow bearing the same name, the film belonged to the new trend of filming referred to as British New Wave movement. It was a commercial hit and ranked at the sixth position at the British box office that year. It also earned the Golden Bear award at the 12th Berlin International Film Festival that year.
Following the black and white Cinema Scope film ‘Billy Liar’ (1963), a mixture of comedy and drama, which was modest success at the box-office, Schlesinger went on to direct one of his most revered films, the 1965 British drama, ‘Darling’ and made a star out of the female lead Julie Christie. The film was a smashing hit grossing $12,000,000 worldwide. It received five ‘Academy Awards’ nominations including one for Schlesinger as Best Director and finally won three that included one for Christie as Best Actress. It also won a ‘Golden Globe Award for Best English - Language Foreign Film’ and four ‘BAFTA’ awards among other awards and recognitions.
However the most memorable and laudable film of this gifted director was the internationally acclaimed American drama ‘Midnight Cowboy’, which was released on May 25, 1969. The film starring Jon Voight and Dustin Hoffman was made with a budget of $3.2 million turned out to be a super-duper hit grossing a whooping $44.8 million at the box-office.
‘Midnight Cowboy’ fetched him his most deserved Academy Award as Best Director apart from winning two other categories, Best Picture and Best Adapted Screenplay. It is one of the three X-rated films along with ‘A Clockwork Orange’ (1971) and ‘Last Tango in Paris’ (1972) to be nominated at the ‘Academy Awards’ and remains the only X-rated film till present to win an ‘Oscar’. It also won six ‘BAFTA’ awards and made an entry in the 19th Berlin International Film Festival. It was chosen by ‘Library of Congress’ in 1994 to be preserved in the United States National Film Registry.
His remarkable body of work included other notable films like ‘Sunday Bloody Sunday’ (1971), ‘Marathon Man’ (1976), ‘Yanks’ (1979), ‘Madame Sousatzka’ (1988), ‘Pacific Heights’ (1990) and ‘Cold Comfort Farm’ (1995).
At the time of 1992 general election he directed a party political broadcast for Britain’s ‘Conservative Party’ that featured the then Prime Minister John Major.
Personal Life & Legacy
In 1998 he had to undergo a quadruple heart bypass.
In December 2000 he suffered from a stroke.
He remained at ‘Desert Regional Medical Center’ in Palm Springs on life support which was removed on July 24, 2003. He passed away on July 25, 2003.

See the events in life of John Schlesinger in Chronological Order 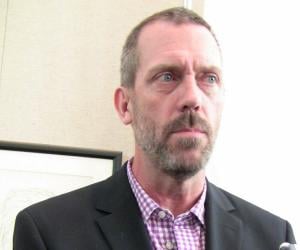