Mariano Rivera is a former Panamanian-American professional baseball pitcher considered one of the most dominant relievers in the history of major league. He was an amateur player when signed by New York Yankees in 1990. His debut in Major League Baseball (MLB) happened with the Yankees as a starting pitcher in 1995. He then became a relief pitcher for good late in his rookie year and served as closer for 17 of the 19 seasons he played for the Yankees in MLB. He went on to set several records including MLB regular record of 652 career saves and postseason records of lowest earned run average (ERA) (0.70) and most saves (42) among others. His accomplishments in baseball career include becoming thirteen-time All-Star, five-time World Series champion, three-time Delivery Man of the Year, three-time MLB saves leader, one-time World Series MVP and one-time AL Comeback Player of the Year. He was inducted in the Baseball Hall of Fame in 2019 with a record 100% (first ballot) vote by the Baseball Writers' Association of America (BBWAA). He devotes time in charitable causes and the Christian community through his non-profit charity organization, Mariano Rivera Foundation. David Ortiz
DID WE MISS SOMEONE?
CLICK HERE AND TELL US
WE'LL MAKE SURE
THEY'RE HERE A.S.A.P
Quick Facts

Mariano Rivera was born on November 29, 1969, in Panama City, Panama, in the family of Mariano Rivera Palacios Sr. and Delia Jiron. His father was captain of a fishing boat. He grew up with elder sister Delia and younger brothers, Alvaro and Giraldo in Puerto Caimito.

At the time of low tides, Mariano would play soccer, his favourite sport, as also baseball with friends on the beach. Sans a baseball or any regular baseball equipment, the youngsters played the game with makeshift equipment like using tree branches for bats and cardboard milk cartons for gloves. Mariano got his first leather glove from his father at age 12.

At around age 17, Mariano suffered from several ankle and knee injuries that led him to quit playing soccer. He continued playing baseball which was more of a hobby to him.

See the events in life of Mariano Rivera in Chronological Order 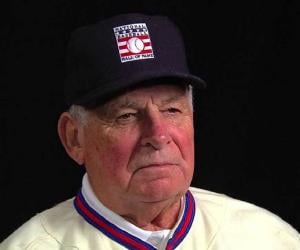 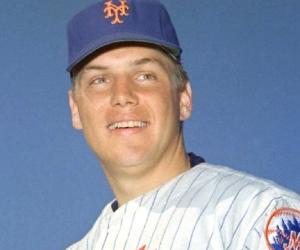