José Delfin Fernández Gómez was a Cuban-American professional baseball player, who played for the ‘Miami Marlins’ in the ‘Major League Baseball’ (MLB). His liveliness in the game had earned him the nickname, ‘Niño.’ Fernández was born and raised in Santa Clara, Cuba. He unsuccessfully tried to defect on three occasions and had to serve prison terms on every attempt. He succeeded on the fourth attempt and reached Tampa, Florida, when he was 15. During his high school years, he played with Florida Class 6A state champions. He was selected by ‘Florida Marlins’ in the first round of the ‘2011 MLB Draft.’ His scores earned him ‘Minor League Pitcher of the Year’ title and he was rated as ‘Miami Marlins’ best prospect and fifth best prospect in baseball by ‘Baseball America.’ In his debut year for ‘Miami Marlins,’ he was named to the ‘2013 MLB All-Star Game’ and won the ‘National League Rookie of the Year’ award. A torn ligament in 2014 resulted in ‘Tommy John surgery.’ He played once again for ‘MLB All-Star Game’ in 2016. Fernández died in a boating accident off the coast of Miami Beach at the age of 24. 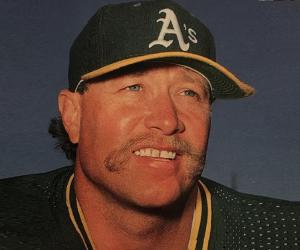 Bryce Harper
Baseball Players #54
Sportspersons #817
31st July In History
DID WE MISS SOMEONE?
CLICK HERE AND TELL US
WE'LL MAKE SURE
THEY'RE HERE A.S.A.P
Quick Facts

Cause of Death: Boating Accident

American Celebrities
Cuban Celebrities
Cuban Men
Tall Celebrities
Tall Male Celebrities
Male Sportspersons
Childhood & Early Life
Fernández was born on July 31, 1992, in Santa Clara, Cuba, to Maritza Gomez. (His biological father’s name is not known). His sister’s name is Yadenis Jiménez and he was very close to his grandmother, Olga.
While in Cuba, he had started playing baseball and the future ‘MLB’ player Aledmys Diaz was his friend. Diaz’s father and uncle encouraged Fernández to participate in the youth baseball team.
In 2005, his stepfather, Ramón Jiménez, defected from Cuba and reached Tampa, Florida. Fernández tried three times to defect but was unsuccessful every time, and had to serve prison terms after each unsuccessful defection attempt. Finally, in 2007, he along with his mother and sister defected successfully. During the journey, his mother fell off the boat in the ‘Gulf of Mexico.’ Though he didn’t know that it was his mother, he jumped in the turbulent waters and saved her life. Only then he realized that it was his mother who had fallen. They moved to Tampa in 2008.
His stepfather managed to introduce him to Coach Orlando Chinea, who had trained Cuba’s top pitchers earlier. Fernández joined ‘Braulio Alonso High School’ in Tampa. He played baseball with ‘Florida Class 6A State Champions’ in his senior years. The ‘Florida High School Athletic Association’ ruled him ineligible before his senior year in 2011, as he had exhausted his eligibility entering ninth grade in 2006 in Cuba. He, however, made an appeal against the decision and won the same, and was affirmed eligible for the senior year. He recorded 13-1 win-loss with 2 non-hitters and 134 strikeouts and 2.34 ERA (earned run average) for the senior year.
Continue Reading Below
You May Like

The Sexiest Men Of 2020, Ranked
Career
In the ‘2011 MLB Draft,’ the ‘Florida Marlins’ selected him 14th overall in the first round and he was given a signing bonus of $2 million. He also made start for 2 minor league baseball teams. He rounded up the 2012 season with 14-1 win-loss record and 1.75 ERA, 158 strikeouts in 134 innings. He received ‘Minor League Pitcher of the Year’ title for his admirable scores. He was named Marlin’s best prospect and the fifth best prospect in baseball by ‘Baseball America.’
He was scheduled to start the 2013 season with Double-A Jacksonville. He was sent to the minor league camp, but then he was included in the 25-men Opening Day team. He made his MLB debut in April, 2013, against ‘New York Mets’ and recorded 8 strikeouts, becoming the 7th pitcher under-21 years to achieve that score.
In July 2013, he was named in the ‘National League All-Star Team,’ wherein he represented ‘Miami Marlins.’ In this game he became the 3rd pitcher to strike out 2 batters in his ‘All-Star’ debut, before completing 21 years of age.
He earned 2 ‘Rookie of the Month’ awards for July and August 2013. His 4.2 ‘Win Above Replacement’ and Adjusted ERA+ of 174 placed him in the top 10 of the pitching statistics. His strike out rate was highest in the league for the season. Fernández won the ‘National League Rookie of the Year’ award and ‘Sporting News Rookie of the Year’ award. Within two calendar years he progressed from a high school player to the ‘All-Star’ team. (He achieved this quick rise with scores – 2.75 ERA and 103 strike outs in 104 2/3 innings). After winning the ‘NL Rookie of the Year’ award, he was pleasantly surprised to re-unite with his grandmother, Olga, who had been left back in Cuba.
Fernández began the 2014 season as the ‘Opening Day Starter,’ but in May 2014, he suffered a torn ulnar collateral ligament and underwent the ‘Tommy John Surgery.’ As he was recuperating from the surgery, he couldn’t participate in the rest of the 2014 season.
He returned to the game in the 2015 season. In his debut game in July, he hit a home run and scored 6 strike outs. In August, he was back to the disabled list due to a bicep strain in his pitching arm. He returned to the game in September and marked seventeen consecutive wins, which was a major league record by a single pitcher.
For the 2016 season, Fernández accomplished excellent scores with a 16-8 win-loss record, 2.86 ERA and 253 strike outs in 183 1/3 innings, which was a new record for the ‘Marlins.’ His scores of this single season were only third to the ‘Hall of Fame’ players, Pedro Martinez and Randy Johnson. His ‘Wins Above Replacement’ mark was 6.2, which was highest in the game. He was named in the ‘2016 All-Star Team.’ He played his last game on September 20, 2016, in which he pitched 8 innings in the 1-0 win and struck out 12 batters.
His MLB career statistics are – win-loss record of 38 – 17, ERA – 2.58 and 589 strike-outs.
Personal Life
Fernández married Alejandra Baleato Marichal in 2012. Later, the couple divorced in 2014. In April, 2015, he became a citizen of the USA. He was in a relationship with his girlfriend Maria Arias, and on September 20, 2016, he announced that she was pregnant with their first child. Their daughter, Penelope Jo Fernández, was born on February 24, 2017.
Death
Fernández and two other men died in a boating accident on September 25, 2016, when their 32-feet boat slammed into a jetty off Miami Beach. He was 24. Investigations later revealed that he was driving the boat, and his blood sample indicated the presence of cocaine and twice the legal limits of alcohol. The major league teams paid tributes and honored Fernández after his death.
You May Like

See the events in life of José Fernández in Chronological Order