Margot Fonteyn was an English ballerina counted amongst the greatest classical ballet dancers of all time. An outstanding ballerina with an extensive career that spanned over four decades, she spent her entire dancing career with The Royal Ballet, eventually being appointed Prima Ballerina Assoluta of the company by Queen Elizabeth II. An energetic lady with an infectious passion for the art, she remained active as a ballerina until her retirement at the age of 60. The daughter of a British father and a half-Irish half-Brazilian mother, she inherited her love for fine arts from her father’s family. Her mother enrolled her for ballet lessons when she was four years old and she displayed an innate talent for the dance form. With the encouragement of her mother she decided to pursue a career as a ballerina and joined the Vic-Wells Ballet School where she was trained by the likes of Ninette de Valois, Olga Preobrajenska and Mathilde Kschessinska. In her career with the Royal Ballet, she became a celebrity for her performances. She formed very successful dance partnerships with Robert Helpmann and Rudolf Nureyev, developing a lifelong friendship with the latter. She made her last appearance as a dancer in Nureyev's 1979 summer season. 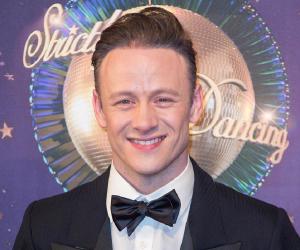 British Celebrities
British Women
Female Dancers
British Dancers
Female Choreographers
Childhood & Early Life
She was born as Margaret Evelyn Hookham on 18 May 1919 in Reigate, Surrey. Her father was British while her mother was half-Irish half-Brazilian. She had one brother.
Her mother enrolled her for ballet classes when she was four. A few years later, she moved to China with her parents after her father accepted a job with a tobacco company there. In China, she studied ballet with Russian émigré teacher George Goncharov.
Having displayed considerable potential as a future ballerina, she returned to London when she was 14 to pursue a ballet career. She trained with Serafina Astafieva and went to the Sadler's Wells Ballet School with Vera Volkova.
In 1933, she joined the Vic-Wells Ballet School, the predecessor of today's Royal Ballet School. There she received training under the direction of some great ballet teachers like Ninette de Valois, Olga Preobrajenska and Mathilde Kschessinska which led to her development as a skillful ballerina.
She adopted the stage name Margot Fonteyn while embarking on a professional ballet career.
Continue Reading Below
You May Like

Who Is The Most Popular BTS Member?
Career
A graceful dancer devoted to the art form, Margot Fonteyn quickly rose through the ranks in the Royal Ballet. During the 1930s she performed leading roles in ballets like ‘Giselle’, ‘Swan Lake’ and ‘The Sleeping Beauty’. She was also appointed Prima Ballerina.
She formed a great professional collaboration with choreographer Sir Frederick Ashton. She became his muse and he created leading roles for her that were as challenging as they were fulfilling. She performed in many of his ballets including ‘Apparitions’, ‘Nocturne’, ‘Les Patineurs’, ‘A Wedding Bouquet’ and ‘The Wise Virgins’.
She gave her best when performing with a partner. During the 1940s, she formed a very successful professional pairing with Robert Helpmann and the duo travelled and performed frequently for several years. She also danced regularly with Michael Somes.
Her successful ballet career continued throughout the 1950s. She became president of the Royal Academy of Dancing in 1954.
In her early 40s, she first partnered with Rudolf Nureyev, a man several years her junior. This artistic collaboration would prove to be the most glorious one of her career and would also lead to their lifelong friendship. They first performed together in ‘Giselle’ in 1962 when she was 42 and he was 24. The performance was a resounding success.
Margot Fonteyn and Nureyev performed together in several popular ballets including ‘Marguerite and Armand’ choreographed for them by Ashton, and debuted Kenneth MacMillan's ‘Romeo and Juliet’. They also appeared together in ‘Lucifer’ which modern dance choreographer Martha Graham created for them.
In addition to her stage career she also appeared with Michael Somes in a live US television color production of Tchaikovsky's ‘The Sleeping Beauty’ in 1955 and in a color film of ‘Swan Lake’ in 1967 with Nureyev. After an exceptionally long ballet career Margot Fonteyn retired in 1979.
Major Works
Her role of Aurora in a 1939 revival of ‘The Sleeping Beauty’ earned her much acclaim. It was the first time the ballet had been successfully performed outside Russia and it led to the ballet becoming extremely popular in several countries.
Her performance of the title character, a water nymph, in the ballet ‘Ondine’ is one of her most celebrated roles. Created by the choreographer Sir Frederick Ashton and composer Hans Werner Henze, it was originally produced for the Royal Ballet in 1958. Fonteyn, with her delicate features and graceful movements played the role of the gentle and loving Ondine to perfection.
Awards & Achievements
Margot Fonteyn was made a Dame of the Order of the British Empire in 1956.
She was appointed Prima Ballerina Assoluta of the Royal Ballet in 1979, as a gift for her 60th Birthday. The prestigious title was given to only three ballerinas in the 20th century.
Personal Life & Legacy
She was once in a long-term relationship with composer Constant Lambert during the late 1930s and early 1940s.
In 1955 she married Dr Roberto Arias, a Panamanian diplomat to London. The initial years of their marriage were difficult because of her husband’s infidelities, however, they grew closer in their later years. Her husband was shot by a rival politician in 1964 and left a quadriplegic for the rest of his life.
In 1989, Fonteyn was diagnosed with cancer and died on 21 February 1991, aged 71.
You May Like

See the events in life of Margot Fonteyn in Chronological Order 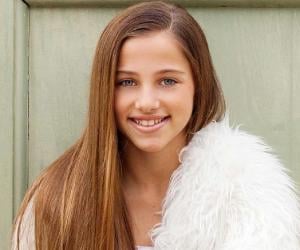