(Writer of 'Gone with the Wind')
Advanced Search

Even though Margaret Mitchell wrote only one novel ‘Gone with the Wind’, she managed to capture the attention of readers around the world and even won a Pulitzer Prize for Fiction for the same. She became a worldwide name touching a wide range of booklovers with her prolific work that she took nearly a decade to complete. Considered one of the rarest jewels of American literary history, this novel went on to enjoy admiration even after her death. Her love for literature stemmed from her love for reading; a habit she cultivated when she was a young girl. She drew inspiration for writing from her own personal experiences which made it all the more fascinating to readers. Even though the world recognizes her for her work, ‘Gone with the Wind’, she did write as a teenager. Apart from her major work ‘Gone with the Wind’, she also wrote other novels such as ‘Lost Laysen’, which was published much after her death.
Continue Reading Below American Celebrities
American Women
Smith College
Women Writers
Scorpio Writers
Childhood & Early Life
Margaret Munnerlyn Mitchell was born on November 8, 1900 to Mary Isabel and Eugene Muse Mitchell in Atlanta, Georgia. Her family was fairly wealthy and was also politically involved. She had two brothers, out of whom one died in infancy.
She was fondly called as ‘Jimmy’ and she behaved like a boy till the age of 14.
From a very young age, Mitchell was an avid reader and would read a lot of ‘boys’ stories. Two of her favorite books as a child were ‘The Phoenix and the Carpet’ and ‘Five Children and It’.
Inspired by the books she read, she soon began writing stories in her notebook and even unofficially decided a name for her publishing enterprise titled, ‘Urchin Publishing Co.’.
In 1909, she wrote, ‘The Knight and the Lady’, the first of her stories and four years later, she wrote, ‘The Arrow Brave and the Deer Maiden’.
She grew up encircled by typical Southern culture and was witness to a number of incidents that either traumatized her or inspired her to write later in life, such as the infamous ‘riot’ at Jackson Hill. The riot caused the family to relocate in 1912. The following year, she wrote ‘The Greaser’ in her pre-teens.
In 1916, she wrote ‘Lost Laysen’ at the age of 15, which she dedicated to her boyfriend, who later passed away. The novel was only published after her death.
She studied at the Washington Seminary and was an active member of the drama club. Two of her stories, ‘Little Sister’ and ‘Sergeant Terry’ were published in her school’s almanac. She graduated from the institute in 1918.
She then joined Smith College in 1918, where she was an average student and took on the nickname, ‘Peggy’. 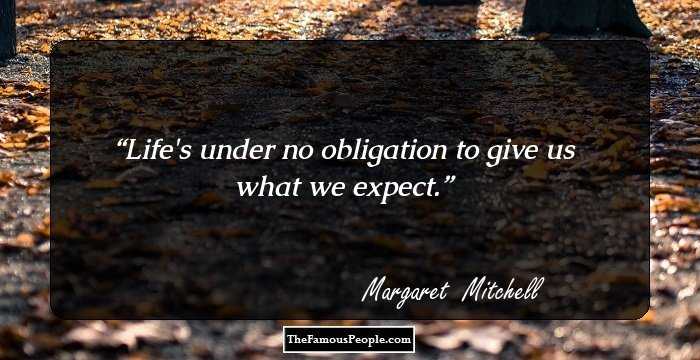 Who Is The Most Popular BTS Member?
Career
After she got married, she began to write feature articles for ‘The Atlanta Journal’. Her first story, ‘Atlanta Girl Sees Italian Revolution’ was published in 1922. The next year she wrote, ‘Valentino Declares He Isn’t a Sheik’.
From 1923 to 1926, she had written as many as 129 article pieces, 85 news stories and manifold book reviews. She later quit the job and decided that she wanted to be a full-time housewife.
In order to get rid of the dullness in her life in 1926 and after suffering from a broken ankle, she started working on a novel that would later be titled, ‘Gone with the Wind’. She completed a large part of the book in the next three years with a typewriter.
The novel was complete almost a decade later and Harold Latham, a publishing supervisor for the Macmillan publishing company insisted on seeing her manuscripts. After he read her work, the publishing house immediately gave her $500 advance and 10 percent of the fees.
She reworked and finalized her novel and finally published ‘Gone with the Wind’, which was 1,037 pages long, in 1936. The book became a huge hit with the readers and she became popular overnight.
At the outbreak of World War II, she worked untiringly for the American Red Cross, even equipping a hospital ship. She also set up student ships for African-American medical students during this period.
Although she never wrote another novel, her story was one of rags-to-riches overnight. However, her career was cut short after a fatal accident in 1949, which put an end to all her literary dreams. 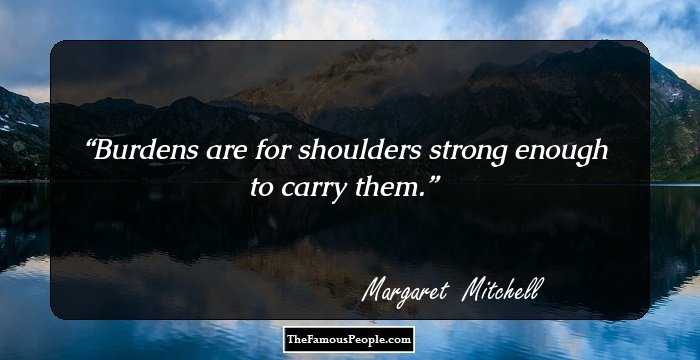 Major Works
‘Gone with the Wind’, published in 1936, was written for nearly ten years before it was published. She became an instantaneous celebrity with the novel and the book even gave way to a film adaptation in 1939. Her only published novel during her lifetime, the book went on to be printed in over 40 countries and was the best-selling novel in American literary history at the time of its publication. When the book was distributed, it sold more copies than any other book by an American author. The book still enjoys widespread success following her death.
Continue Reading Below
Awards & Achievements
Margaret Mitchell won a National Book Award for ‘Most Distinguished Novel’, in 1936.
She won the prestigious Pulitzer Prize for Fiction for ‘Gone with the Wind’, in 1937. 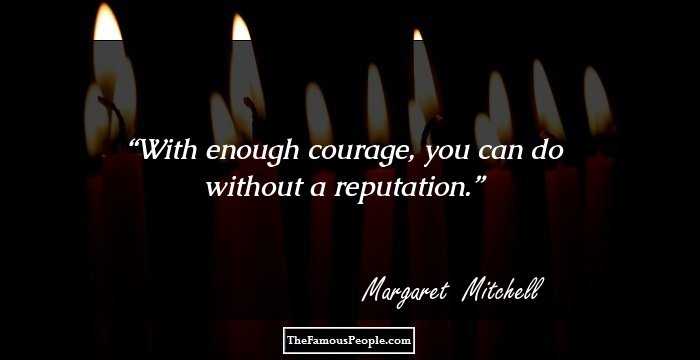 Quotes: You
Personal Life & Legacy
During her teenage years, she was in love with a young army lieutenant, Clifford West Henry, who was her boyfriend of four years. However, he was wounded during war and succumbed to injuries a few days later. This left Mitchell devastated because he was believed to be ‘the great love’ of her life.
She went through an appendectomy in 1919, following which she gave up her dreams of pursuing a journalistic career.
During a charity ball, she danced with an Apache dancer and kissed him while performing, which shocked the aristocratic Atlantic society. She was known for her flirtatious ways and was even engaged to five men at one time.
Despite her family’s discontentment, she married Berrien ‘Red’ Upshaw on September 2, 1922. The best-man at their wedding would become her second husband. Her first husband was known to have bodily and emotionally abused her which left her traumatized. The two divorced in 1924.
On July 4, 1925, she married John Marsh, with whom she had a relatively happy marriage.
While she and her husband were crossing a street while they were on their way to watch a movie, she was knocked-down by a speeding off-duty taxi. She succumbed to injuries five days later on August 16, 1949 at the hospital.
After her death, her legacy continued with her book ‘Gone with the Wind’, which is still considered one of the greatest-modern day classics. A number of her other works which she wrote during her lifetime were published after her death.
Trivia
While this famous American journalist and author was writing ‘Gone with the Wind’, she became tremendously fond of erotica novels and pornography, stating her curiosity in ‘sexually explicit’ book shops.
You May Like

Quotes By Margaret Mitchell | Quote Of The Day | Top 100 Quotes

See the events in life of Margaret Mitchell in Chronological Order