Marc Blucas is an American actor, best known for his role in the series ‘Buffy the Vampire Slayer.’ Born and raised in Pennsylvania, Marc aimed at a future in basketball all through his high school and college days. His failure to enter the National Basketball Association (NBA) had him pursuing law, and when that too did not turn out well for him, he decided to try his luck in acting. The 1995 TV film ‘Inflammable’ became his gateway to acting. His basketball background had him getting a major role in the 1998 film ‘Pleasantville.’ The year 1999 became the breakthrough one of his life as he got a chance to play a major role in the series ‘Buffy the Vampire Slayer.’ The series was a major critical and commercial success and brought him recognition as a talented young actor. In the early 2000s, he was approached to play key roles in two major films, namely, ‘First Daughter’ and ‘We Were Soldiers.’ By the late 2000s, he had already bagged leading roles in films such as ‘Thr3e’ and ‘The Killing Floor.’ His role in the series ‘Underground’ brought him further mainstream fame. 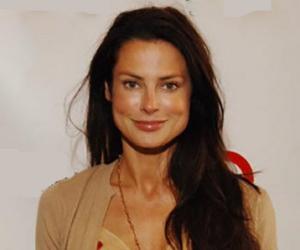 American People
Pennsylvania Actors
Tall Celebrities
Tall Male Celebrities
Capricorn Actors
Childhood & Early Life
Marc Blucas was born Marcus Paul Blucas in Girard on January 11, 1972, in a small town in Pennsylvania, USA, to an education administrator father. Marc grew up with his elder sister, Kristen. His father had a background in sports, which meant that ever since he was a kid, Marc practiced various sports with his father.
As a kid, Marc took up acting as a hobby. He made his stage debut in third grade with a class production of ‘Hansel and Gretel,’ where he played a cupcake. Over the next few years, Marc continued acting in school productions, without ever being serious about it.
He was an avid sportsperson, and all through his middle and high school years, he was regarded as one of the best players in all his teams. He was the star player on the ‘Girard High School’ basketball team, and his brilliant performances led his team to snatch many victories, along with two 2A trophies. While he was in his senior year, his high-school team was named one of the best in the country.
Marc majored in business from the ‘Wake Forest University’ and continued playing basketball in the college team. He became the star of the team again and helped them in securing some major titles while he was in college. He desperately eyed the NBA draft, but was left empty handed.
The desire to play professional basketball brought him to London, where he joined the ‘Manchester Giants’ and played with them for one season. However, an injury put him out of the team. This had an immensely negative impact on Marc’s psyche and made him quit the sport.
Soon, he started his own company that dealt in providing endorsements and contract-negotiation services to players. He tried to pursue law too. He finally decided on returning to acting, his childhood hobby, which had converted into a passion by then. His baseball background turned out to be a virtue that helped further his acting career in the initial phases of struggle.
Continue Reading Below
You May Like

Who Is The Most Popular BTS Member?
Career
In 1995, Marc played a small role in the TV movie ‘Inflammable,’ his gateway to the world of television, while he was at the ‘Wake Forest University.’ One of his friends, who knew about his passion for acting, informed him about the requirement of a basketball player/actor for the film ‘Eddie.’ Marc auditioned and won the role in the 1996 film, where his performance as a bench player for the ‘New York Knicks’ was fairly noticed.
His background as a basketball player was of immense help in getting him a role in the 1997 film ‘Pleasantville.’ He was associated with the film as a counsellor and basketball specialist, apart from acting in it. He attended acting classes and workshops in order to hone his acting skills, before plunging further into the world of entertainment.
In 1999, he played the role of Jerry O’Connell’s best friend in the ‘NBC’ miniseries ‘The ’60’s.’ His performance was adored by the audience. In 1999, he got another film role in ‘The Mating Habits of the Earthbound Human’ and followed it up with ‘House on Haunted Hill’ the same year.
He got a major career breakthrough in 1999, when he starred in the series ‘Buffy the Vampire Slayer.’ He played the leading role of ‘Riley Finn’ for 31 episodes, till 2000. The role brought him national recognition. Marc had initially thought that his audition for the role had been bad. He had apologized to the creator of the series, Joss Whedon, for wasting his time during the audition. However, just two weeks later, he was told that he had been chosen for the part.
Following his success in ‘Buffy the Vampire Slayer,’ he played a minor role in the 2001 film ‘Jay and Silent Bob Strike Back’ and followed it up with two major films. He starred alongside Mel Gibson in ‘We Were Soldiers’ and with Katie Holmes in ‘First Daughter.’
By the year 2006, Marc had already started getting plum roles. He starred in ‘Thr3e,’ a Christian horror, based on a novel. The film was a colossal commercial and critical failure and was named among the “worst reviewed films of all time.”
The success of the 2007 anthology ‘After Sex’ somehow redeemed his credibility as a performer. The same year, he appeared in two more major roles in the films ‘The Killing Floor’ and ‘The Jane Austen Book Club.’ In 2007, he made his comeback to TV with a guest role in the series ‘House.’
In 2008, he starred in the Eddie Murphy-starrer science-fiction comedy ‘Meet Dave’ and played a detective in the series ‘Eleventh Hour.’ Following this, he starred in the action comedy ‘Knight & Day,’ starring Tom Cruise and Cameron Diaz. The film received mixed critical response and was an average box office success.
Marc continued appearing in small TV roles in series such as ‘Law & Order: Los Angeles,’ ‘Revenge,’ and ‘Body of Proof.’ In 2011, he got a regular role in the series ‘Necessary Roughness,’ where he played the key character of ‘Matthew Donnally.’
In 2014, he appeared in a regular role in ‘Killer Women.’ His performance in the series as ‘Dan Winston’ was hugely appreciated. At the time, he also strengthened his film career with performances in ‘Red State,’ ‘Touchback,’ ‘Sleeping with Other People,’ ‘The Red Maple Leaf,’ and ‘Brawl in Cell Block 99’ among others.
In 2016, he was seen playing the lead role in the drama series ‘Underground.’ Although the show received good reviews and ratings, it was cancelled after two seasons.
Marc continued with his TV career by appearing in ‘Hallmark’ TV movies such as ‘Operation Christmas,’ ‘The Irresistible Blueberry Farm,’ and ‘Miss Christmas.’
Personal Life
Marc Blucas dated journalist Ryan Haddon for some time before they got married in July 2009. Ryan has a daughter from her previous marriage with actor Christian Slater.
In his free time, Marc indulges in his other passion, basketball. Besides playing, Marc also coaches the basketball team of a Catholic school for girls in Los Angeles.
You May Like

See the events in life of Marc Blucas in Chronological Order